The U.S. Air Force, The C.I.A. and Types of Aliens 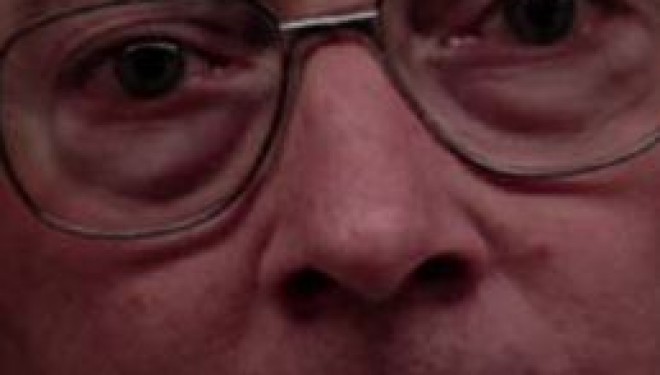 What do types of aliens, ghosts, and the U.S. government have in common? Answer: People mistakenly assume that all three have more intelligence than they do.

In this post, we’re going to go cover a phenomenon that many researchers often uncover after they’ve been involved in the field of the paranormal (be it ghosts, aliens, psychic abilities, or whatever) for over two or three years. The government is involved. Just not in the way that you may think.

Ever wonder why ex-military folks are always so interested in UFOs and aliens?

I mean, take this guy for example. Former Air Force Sergeant Richard C. Doty. Served a short stint in Germany, got himself into some sort of hot water over there, got shipped back to the United States, and while serving in his reduced capacity at Kirtland Air Force base, was central in driving a guy named Bennewitz insane.

Who was Bennewitz? Just some guy who lived and worked near the base, and had developed an avid interest in UFOs. Bennewitz made the mistake of developing an electrical device that could pick up radio signals from the nearby air base where classified flights were taking place.

In 1981, Bennewitz wrote a report called “Project Beta.” Doty, at the time an Air Force staff member, descended upon Bennewitz and inflicted the worst known psychological warfare tactics upon a civilian in the Air Force’s entire history. The saga ended with Bennewitz in a mental institution. As far as anyone will admit, Sergeant Rick Doty eventually retired without incident.

Although word has it (depending on who you talk to) that he did not have the greatest reputation within the Air Force. With that said, one of his closest friends, Dr. Christopher “Kit” Green, reports that he was told by a number of high ranking intelligence officials that Rick Doty could be trusted. Confused yet? We’ve only gotten started.

That’s this guy. I’ve published several interviews with the good Dr. Green, and in one of them, we had a short conversation about his time at the CIA and his involvement as a paranormal expert with the agency.

Dr. Green reported in the interview that his activities at the agency, for the most part, consisted of probably only about 10% paranormal topics, while 90% consisted of projects related to his expertise – neurobiology, biological and chemical weapons agents, and other great hobbies and pastimes.

This sounds pretty cool – no problems, right? But what do you get when you connect this apparent Air Force troublemaker with an accomplished and extremely intelligent (and charismatic) guy like Dr. Green? You get a mystery.

There’s a question that kept bugging me. Where and when did they meet? I asked Kit that question once, and as usually received a verbose, beautifully written, but completely unsatisfying answer.

He recalls only that they met in the mid 1980’s during the Majestic fiasco that was going on, which involved Bill Moore, Robert Collins, Rick Doty, Hal Puthoff, and John Alexander. Digging a little deeper, we learn about other big players…guys whose names have not received much publicity up to now, but who were instrumental to the creation and distribution of the hoax that Rick Doty eventually became the only scapegoat for. Doty wasn’t the only one involved. 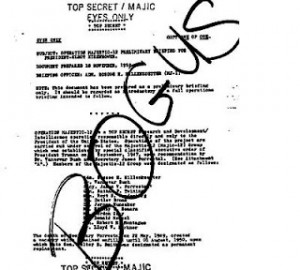 So who else was? Well, it wasn’t the U.S. Air Force, I can tell you that much. In fact, it wasn’t the CIA, FBI, or any other Department of alphabet government organization. But the government appears to still remain involved. What’s that, you say? Well, almost every guy involved in Majestic, other than the dubious researchers, were former government agency or military spooks.

The Bogus MJ-12 Documents about Types of Aliens

So where does this get us today? I mean, Rick Doty and Majestic, Moore, and all of that nonsense was over the the 1980s, with a little blip in the radar in the 1990s when they (covert sources) started sending additional “Majestic” documents to Timothy Cooper. The FBI investigated the attempt in 1988 to pass off some of these documents to a UFO investigator, who apparently promptly reported it to the FBI. The FBI performed a full investigation, outlined here and determined that the documents were…gosh, what was that word they used? I think they scribbled it across every single copy of the document they had:

Ahh…right. “BOGUS” in capital letters. So, what was a respectable former CIA scientist, a parapsychologist/physicist, and a guy like John Alexander doing messing around with weird alien-related documents that the FBI determined in record time were bogus?

Serpo in 2005, and More Stories about Types of Aliens

Fast forward to 2005. Rick Doty surfaces again, involved in yet another hoax called Project Serpo. And once again, just like the early days in the mid-1980’s, who do we have involved but Dr. Christopher Green and Dr. Hal Puthoff. Still interested in the subject, along with their buddy Rick Doty, over 20 years later? Why?

What sort of power does the subject of aliens and UFO’s have over these two guys who were primarily interested in the subject of psychic functioning throughout the 1970’s and early 1980’s. Why the sudden intense interest in the mid-1980s, after retiring from full-time government service, in subject matter that consists primarily of obviously hoaxed material?

So many questions, so little time. Next time, we’ll talk about friends, money, and physics. Maybe we can make some sense out of all of this…

MJ-12 Story Elements That Showed Up Before the Documents   0

Majestic 12 Debunked by the National Archives   0