How to Investigate UFO Claims and Other Weird Stories 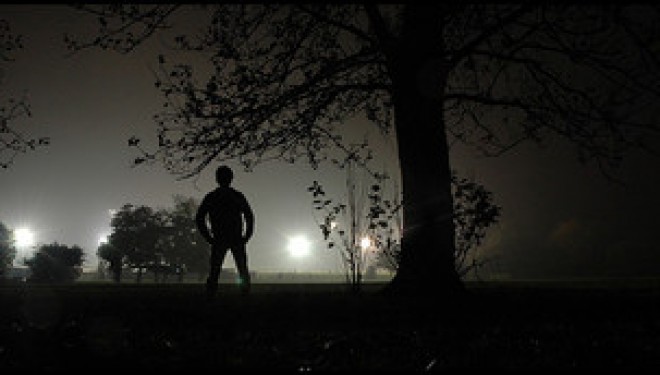 Even though I spend a great deal of my time writing for income, I’ve been lucky enough to integrate much of that paid writing work into paranormal and UFO research into fringe ideas and conspiracy theories.

There are many people out there who are interested in these topics and who are very curious about their own UFO sightings or strange experiences. In other cases the claims come from odd characters on an online forum of a community board, and you may be curious as to the authenticity of that claim.

There are a number of methods you can use to investigate a potential fraud, but one of the techniques that’s the most fun is one that I recently wrote about in an article over at MakeUseOf.com titled How to Use Google Earth to Investigate Conspiracy Theories.

The fun with writing this article comes from discovering the ability for computer and Internet technologies to boost any citizen journalists abilities to dig into even the most outrageous claims. For example, let’s say a person claims on an Internet forum that they live in Ohio and spotted a UFO just above the Northern hill behind their house, right next to a cow farm encircled by an electrified fence. How could you use Google Earth to investigate such whether or not the story is a fraud?

How to Investigate a Story

Before you even get started in your citizen journalism endeavors in the realm of weird science and Ufology, you have to read the definitive guide, How to Check Out a Hoax published by yours truly at RealityUncovered. Over at RU, we’ve worked diligently to be the definitive hoax-busters around – and if you follow the guide, you’ll identify a hoax long before you even have the need to launch Google Earth.

Now, if the guy checks out, or at least appears legitimate, then start a dialog with him (or her) and try to determine the actual address of the event. If he claims it was at his house – obtain the address. Once you have the address you can type it in and start your investigation. For example, here is the shot in the MUO article where I outlined this stage in the Google Earth investigation. In this case I was looking up the location of a temple on the Island of Malta. Once you have identified the central location and you have that spot in your Google Earth window, then you can start pouring over the area to confirm whether the details the person told in his account is even true. Search behind his house for any hills, look for a cow farm surrounded by a fence. Check out any specific detail outlined in the story to determine if that part of the story is true. For example, this is the shot in the MUO article where I was closely examining a Mount Archuleta in New Mexico where there are claims of a secret underground Government facility (where they store aliens).

In the example I showed how you can get a very accurate picture of the ground where an alleged location exists – easily proving there’s no such place. Of course, “believers” will simply claim the government white-washes all Satellite imagery. Now, In the example offered earlier, if you don’t find any trace of a hill or a cow farm with a fence, the odds are pretty good that if the person made up that part of the story, then they also made up the entire store. In fact, the address they gave you was probably bogus as well, and not even their real home address.

Good luck – and have fun exploring!

5 Human Genetics Websites to Learn More About the Human Genome

Ways The Social Security Death Index Can Help With Your Research

Private Investigations – How Far is Too Far