How Does Technology Affect Society – Is Threat Assessment Necessary?

Digging behind the various threads, personalities and events that litter the Ufology landscape like a post-war zone leaves one with two things. The first – a very bitter taste in the mouth. Second – a distinct impression that if anything holds true it is that a common theme throughout Ufology scams is technology.

If you consider all of the various weird and wild claims throughout the years – Burisch and his Ganesh Particle, John Lear and exchanged alien technology, Rick Doty and the Roswell-recovered Energy Device, John Titor and Time Travel Technology, Steven Greer and his energy and propulsion technologies and last but not least, Gordon Novel and his RAM antigravity project – they all center around a common theme.

That theme is this – aliens delivered a technology that humans have yet to reverse engineer, but when we do it will have earth shattering social implications.

Then How Does Alien Technology Affect Society?

Is this true? How would alien technology affect society when it first surfaces and becomes either commercialized or militarized? What if the technology is so advanced that it completely changes the normal order of business and the functioning of society?

The truth is – all technological development has had that effect on society to some extent. From 1850 to 1900, the world was completely transformed by the advent of new technologies like the railroad, telegraphs and eventually in the early 1900’s – the automobile.

Numerous historians noted how the railroad “annihilated space and time” for individuals and entire regions. Early travel by horseback or wagon was not even comparable to the fraction of the time it took to travel by railroad to remote locations.

Vacations to distant cities and even remote getaway spots became highly fashionable and popular. Trade routes opened up between distant cities that were never before possible or even imaginable. In all cases – entire businesses and industries were both destroyed and born with the advent of society-changing technologies. 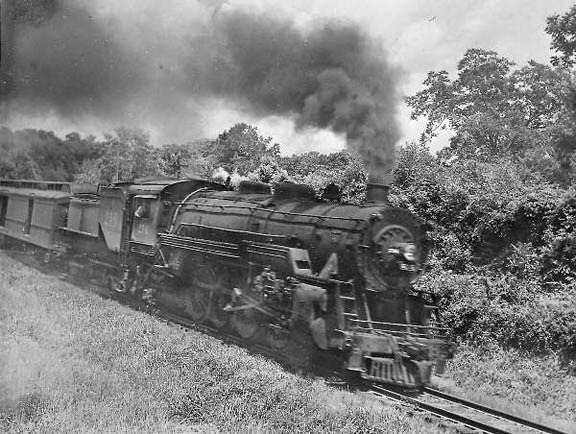 The financial potential for those technologies drove major corporations to heavily fund the development of the massive infrastructures that are necessary – such as the tremendous network of international railways, the worldwide system of telephone and data cables, the mind-numbing volume of paved roadways throughout the world.

There’s no denying that the development of new and amazing technologies – the combustion engine, electricity, flight – have transformed the entire world.

But there’s one aspect of those technologies that modern day “inventors” who are seeking out risk capital investments don’t want you to realize. In every single case, those transformations resulted from the practical engineering of new scientific discoveries.

The inventions of the steam engine and the combustion engine were both forged upon known chemical reactions and flammable compounds. The development of conducted electricity through a copper wire was a breakthrough discovery, but it could be explained by existing principles of physics and harnessed by engineers (inventors).

The development of entirely new compounds resulted in the engineering of advanced semiconductors and advanced computer technologies.

The modern citizen of any industrialized country may read about a tremendous breakthrough in quantum physics, but unless it has some significant impact upon the daily progress of their lives, most people will blink a few times, reflect upon what the discovery means within their current world view, and then go on with the daily course of their life.

It isn’t until you introduce a change into a person’s life that you impact society. A railway being laid down that connects their town to a city hundreds of miles away; a telephone line being run that will allow them to transmit their own voice to, and hear the voices of, their loved ones; or a gasoline powered carriage that removes the need for housing and feeding horses – these were the “fringe technologies” of the past.

These technologies were not some black box with quantum magic inside, and any claims of breakthrough technologies developed from recovered alien devices are nothing more than “flim-flam” and junk science. Even if – and this is a big if – the government recovered crashed alien technology, the claims that such technology “can’t be explained by our physics” is ludicrous.

There is very likely a great deal of evolution that science must go through – with all of the growing pains that go along with that – but claims that such discoveries will completely destroy all modern scientific understanding is nothing more than scam-talk. Again – you’ve been living your life observing the very scientific principles that exist.

Future advancements in science will build upon and explain those – gravity and the interaction of particles and matter – this is reflected and proven throughout our history. The only people who claim that new discoveries can’t be explained by “today’s physics” are only admitting that they themselves have no idea what they’re talking about. Either that, or they are attempting to fool you.

Even if quantum physicists made an earth shattering revelation regarding human consciousness, unless there was some observable and significant impact upon the lives of the common folk – the news will come and go with but a blip on the radar, and life will go on.

With all that said – in my next post I would like to discuss the necessity for technology “threat assessment” that may drive our own government to examine ways in which current technological advances could threaten the national security. Considering the history of technological development, is this justified? And if there’s a recognized threat, is it foreign or domestic – and what can be done about it?