John Alexander – A Review of His UFO Involvement and Psychic Research 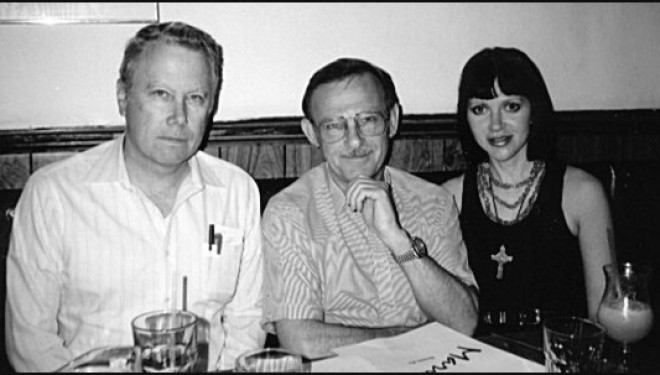 Well – I was finally able to publish the John Alexander article on RU tonight.

The signs all point to John Alexander as an important player in the UFO field as well as in psychic research. John’s UFO and Psychic connections don’t only exist within the realm of rumor and gossip, but they are documented in countless books and now, even a movie.

Aside from the quote in Bob Collins book that details John’s involvement in the meeting at Ernie Kellerstrass’ house in 1986, there’s also Bill Moore’s identification of John as one of his “Aviary” contacts. Then there’s his involvement in a field (remote viewing) that so many modern-day Ufologists come from. Then there’s the Stubblebine episode, as well as a reported episode out in a Southwestern desert hunting for an underground base (that one is pure rumor).

I was hoping that talking directly with John about those UFO and Psychic interests would stem my suspicions that he’s at all actively involved in many of the events that took place in 2005 and continue taking place today regarding the attempted distribution of MJ-12 related memes. However, his answers to my questioning left the distinct impression that he was not only being incomplete, but he was being extremely evasive.

I’ve been personally following the events surrounding Gordon Novel and the crumbling of his “RAM” project over the last several weeks. Many people thought that Gordon’s past only included the JFK conspiracy – however, as you can see from the picture above, Gordon was rubbing shoulders with paranormal/ufology researchers long before the concept of “RAM” was ever formed.

There is also the drama surrounding Stubblebine’s traveling to Europe in 1991 with a Ufologist that he eventually married – and the resulting divorce in 1994. These events would be nothing more than rumor and innuendo if it wasn’t for the fact that this small tight-knit group – Stubblebine, Alexander, C.B. Scott Jones and the two women – Laibow and Victoria – all appear oddly close to what we at RU have come to call the “Invisible Intelligence Agency.” I believe the European trip was more significant than many people realize, and I also believe that there are relationships and background manipulations that most readers can only imagine.

On a positive note, every now and then through interesting glimpses of the truth – like the photo above – you are able to eventually step back and perceive the big picture, even if those who are inside the picture do their best to divert, obscure and distract.

And now….on to the Gordon Novel interview.