Opportunities, Fringe Science and the Spies Among Us 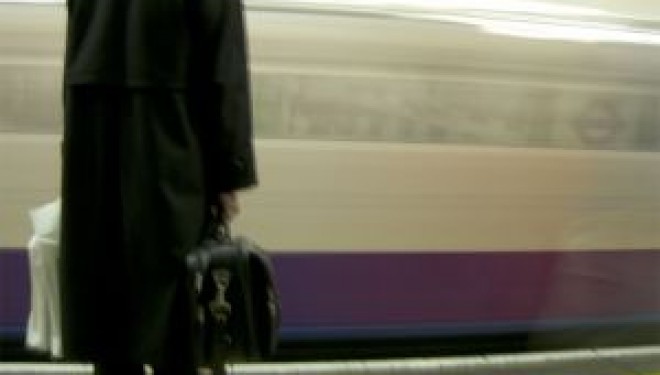 The famous chinese military strategist, Sun Tzu, once wrote, “Opportunities multiply as they are seized.” This past year, I have seen this truism to it’s fullest extent. So many opportunities are springing up at this point, that I’ve lost count and I’ve run out of time. It’s time to choose carefully moving forward.

In October of 2009, I wrote an article titled Who Exactly is Gordon Novel and What is RAM? The article detailed Gordon’s past efforts over the last 40+ years to convince both military and private investors to sink money into one or another of his technology “ventures.”

In the article, I linked to a CIA Office of Security document where Gordon’s past endeavors are revealed in the full light of day, as the author of one memo writes: “Subject advised that he had an economic formula which would solve the world dollar dumping crisis ? IR ? 9 February 1973.” As late as 2009, this same guy was trying to convince risk capital investors that he was managing a project that would lead to anti-gravity propulsion – a reverse engineered alien craft, essentially. What occurred at the end of 2009, and the resulting fallout, would create numerous opportunities for me further down the road.

The RAM Scam Falls Apart – The Fallout is Surprising

There’s a fair amount that I can’t disclose at the moment about what took place prior to the dissipation of RAM. Needless to say, there were a fair number of investors and a lot of activity among the fringe scientists circling Gordon for an opportunity to collect their fair share of those investment funds. This is the world of Twilight Zone science folks – it’s a cut-throat world of wealthy investors throwing good money after bad, and not even blinking when there’s no return on investment. It’s “risk” capital after all – they simply don’t care, because the ultimate return on investment if their perpetual motion dream came true is mind-boggling.

So, at some point a few of the investors, as well as Paul Murad (former DIA physicist), who was also involved to some degree with investigating Gordon Novel’s claims, caught wind that Gordon’s particular ship had sailed…his days were numbered and the truth behind the RAM scam was about to be revealed. Whether it was a case of rats jumping off of a sinking ship, or legitimate scientists and thoughtful investors realizing the truth about the situation remains to be seen. Everyone has their own opinion, but I can’t get myself to draw one yet. Certainly one thing remains true, most of the scientists supporting Gordon when the money was on the horizon were very quick to publicly tear him down when Gordon’s ship went down.

Opportunities Rise From the Ashes

Physicist Jack Sarfatti soon came under attack by Gordon Novel. This certainly wasn’t the first time such a drama took place, but they were certainly some of the more threatening attacks that Gordon has ever issued in Jack’s direction. To protect himself, Jack Sarfatti contacted his own sources in law enforcement and remains poised to make that call should Gordon Novel and his son (Sur) ever decide to carry out on their threats.

Aside from that drama, the fact remains that large majority of the scientists and investors initially involved and interested in the RAM project all ran away once they realized a public spotlight was fast approaching. There was one scientist, however, who did not run away – however, he’s the one who actually should have. That scientist was physicist Ron Pandofli of the Office of the DNI, a man who seems to encourage believers such as Gordon Novel and philosopher/physicist Dan Smith through obscure and arcanic comments and conversations, such as this one that he sent to Jack Sarfatti on January 1 of 2009.

I think you are overstating my lack of support for the RAM. Shortly after birth I was diagnosed with an intolerance for cow’s milk, so my grandmother tried me on goat’s milk. Reportedly I enjoyed the milk so much, that my mother decided to name me after my grandfather’s prize RAM. Since then, I have always supported the RAM. In fact I am am currently looking for a new place where the CAT, Princess Aliyah, and I can enjoy the company of the Kashmir RAM. Much of our inspiration comes from the RAM module fabricated at Chet’s place under guidance from Mr. Murad.

To celebrate the year of the RAM, a special RAM RING was fabricated from a set of perfect crystals for Princess Aliyah. Dan came by this evening to have dinner with the CAT, the Princess, and the King. We even discussed a potential position for him as chief eschatologist at the CASTLE of the Princess. Gordon is always welcome at the CASTLE and enjoys our full support.

Who knows, maybe he’s the one who needs psychological help. I wasn’t happy to see this email show up while the truth was finally coming out and Ron should have finally made a stand for the truth. Instead, he continued playing his obscure game. I responded to the wide distribution list:

“Ron’s email below is one perfect example of why Gordon is in the psychological state he is currently in. It’s also evidence of his complicity in Gordon’s past success in extracting small sums from fools, and Paul’s future success in doing so.

Many folks are now scorning Gordon for his ‘delusional’ behavior, yet how many folks on this list encouraged him in those beliefs when there was the potential for funding?

Before the denials roll, keep in mind RU responds to lies with evidence of the truth you may not even realize we have, so think carefully before playing coy.

Bunch of lying hypocrites, you know who you are. It’s pathetic.

Immediately afterwards, I heard nothing back from Ron (no surprise). However, I did hear from Paul Murad and his associate. The reason for the contact was a willingness to step forward and have an open and honest conversation about his current research and the scientific possibilities that exist therein.

In my view, it’s this clear and immediate response that clarified a great deal about the character, intentions and motives of each of these men.