Gravionics and the Three Laws of Gravity 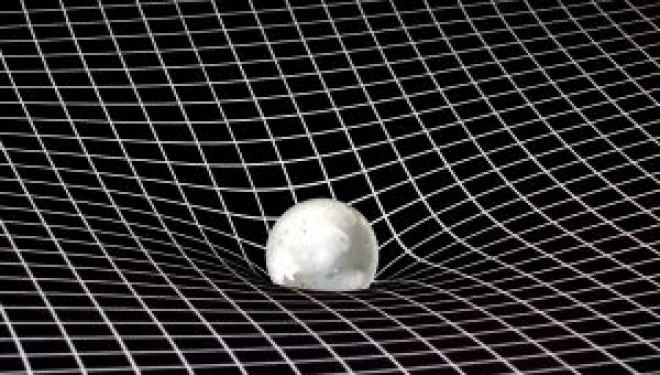 The term Gravionics is related to what people call the Three Laws of Gravity – a misnomer for Isaac Newton’s Three Laws of Motion.

Over the last year or so, if you follow along with fringe science news, you’ve probably heard talk of this strange term called “gravionics.”

Before you can follow along with the background of this new theoretical physics term, it’s important to spread your feet and plant yourself in reality first. The way to do this is to understand the Three Laws of Gravity (Newton’s Three Laws of Motion).

We’ll get to Gravionics very quickly, but first take a very brief moment to review and make sure that you understand Newton’s laws. They will be instrumental in understanding the feebleness and incorrect science associated with current efforts in Gravionics.

Newton’s First Law of Motion: This is also known as the Law of Inertia. It states that every body/mass that is in a particular state of motion (either at rest or in a uniform speed in a straight line) will remain in that state unless outside forces act on the body and force a change in state (such as acceleration or change of direction.)

Newton’s Third Law of Motion: Also known as the Law of Action and Reaction. If one object applies force to a second object, that second object applies an equal and opposite force back onto the first object. In a vacuum, one pool ball striking a second that’s at rest would make the first ball transfer to a state of rest, and the second ball would travel at the same exact speed that the first ball was traveling before the collision.

Newton’s three laws of gravity are approximations, nowhere near Einstein’s Theories of General and Special Relativity, but he used the laws of motion to put together a law of gravity that reflects how things work here on Earth.

Newton’s Law of Gravity states that the force of gravity is equal to a constant value (G) multiplied by the two masses and divided by the distance between the two masses squared.

G (the force of gravity) is typically a very, very small number because the force of gravity is extremely weak – especially when you’re dealing with small masses or on a subatomic scale. Other fundamental forces of nature referred to by gravionics includes electromagnetism – the electrical forces that hold matter together and discussed on a quantum level in the field of quantum electrodynamics (QED).

The final two fundamental forces of nature are the nuclear forces – the strong force and the weak force – which, put simply, hold together the nucleus of all matter – and of course nuclear decay and nuclear emission.

So What the Heck is Gravionics?

In the not-so-brief description above, we’ve covered accepted physics. But if you’ve never waded into the world of Quantum and Theoretical Physics, you’re in for quite a ride. The field is so on the theoretical end of the spectrum that many scientific fraudsters and scam artists take advantage of the “scientific” speculations from many theoretical physicists in order to convince capital investors they’ve discovered the secret to things like free energy and anti-gravity (the two most commonly scammed subjects in history.)

Even our own government is unsure what to believe is real or false, as I detailed previously concerning what is called “technology threat assessment.” In other words, the government would not only like to know which of these cutting-edge fringe ideas other governments have achieved (or are about to achieve), but also what domestic efforts are near successful completion and whether said technologies represent a threat to U.S. national security.

What is Gravionics? It’s a new term being used by scientific fraudsters in the age-old scamming area of anti-gravity. Technically, the word “gravionics” would describe the interactions between the fundamental forces of nature – specifically gravity and electromagnetism – but in a way that could potentially produce technology (sort of how electronics represents technology produced to take advantage of electricity).

Proponents of Gravionics refer to “gravions” much like electricity has electrons – as quantum particles that are interconnected with mass and of course electromagnetic force. Gravity Waves as described by Robert Baker and essentially debunked by the JASON group was an early example of the approach to explain gravity in such a manner.

Most mainstream physicists recognize the term “gravionics” for what it is – a bogus, technical-sounding term backed by nothing more than theoretical techno-babble meant to confuse potential investors.

However, in recent years the phrase and concepts are getting tossed around as physicists who sit on the bleeding edge of real vs. fantasy physics continue trying to discern the difference between the two within the confines of our murky reality – and sometimes for the sake of our own government and our national security.