The Skype Conspiracy and American Intelligence

In 2008, news reports dropped a bombshell on the western world that raised serious security concerns and quickly transformed into a vast Skype conspiracy American intelligence agencies should not ignore. The first reports involved the methods used by the Chinese government to filter Internet conversations by monitoring Skype conversations and filtering particular “politically charged words.”

While this comes as no surprise – after all, China has been censoring their population’s media for many years, the Internet is no exception – the surprise comes from how the Chinese government goes about performing that Skype conversation censorship. They do it with the help of Ebay, which owns Skype.

An October 2008 report in the New York Times by John Markoff highlights exactly how Skype and Ebay helped the Chinese government accomplish the task of spying on their citizens.

The Skype software allowed in China is called Tom-Skype, and it’s a version of Skype created by eBay (the owner of Skype) and a Chinese wireless company. According to Citizen Lab researcher Nart Villeneuve, who discovered the security flaw in the Tom-Skype software, every time a user of Tom-Skype attempts to transmit a message that contains specific words or phrases, the message gets blocked and routed to one of several logging servers situated throughout China.

In addition to logging the text messages, the software also sent identifying information to Chinese servers, including the phone number of incoming Skype Voice calls (although voice calls themselves were not recorded). The most shocking part of the story is that not only are messages transmitted from Chinese citizens captured and logged to Chinese servers, but messages transmitted from outside of China (including from America, Britain and other nations around the world) are logged as well. 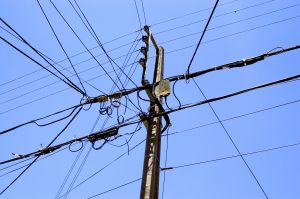 The bottom line is that Tom-Skype allows the Chinese government to spy on your Skype text conversations even if you are not a Chinese citizen. It’s never a good idea to have a text chat with a Chinese citizen with Skype, unless you don’t care about the privacy of the conversation.

The Skype Conspiracy, American Intelligence, and the China Revelation

It is somewhat ironic that many critics call the idea of the NSA monitoring of Skype traffic nonsense, while Skype is actively cooperating with the Chinese government in allowing just that kind of covert message collection. If Ebay, the owner of the Skype software, is willing to collaborate with a foreign government in spying on citizens, for the right to conduct business there – why wouldn’t the company collaborate with the NSA for the sake of “national security”? Is it a Skype conspiracy of American intelligence collaboration – or is it just fiction and unjustified panic?

The evidence comes from events that revealed the NSA’s true motives from 2005 through 2009.

In 2007, AT&T whistleblower Mark Klein stepped forward and admitted that he knew the NSA maintained a “Secure Room,” inside one of AT&T’s network operation centers – the site of a massive Internet backbone line. Klein discovered that AT&T was cooperating with the NSA and allowin the agency to monitor Internet traffic. Klein was a major witness on Capitol Hill regarding the NSA’s illegal domestic monitoring activities.

Considering the existing evidence which proves that companies like Ebay/Skype and even large telecommunications firms like AT&T are willing to open their doors to the NSA and share information, it implies that any Internet communications vehicle you use is vulnerable to government spying, both from foreign governments, and from your own.