The History of the Illuminati 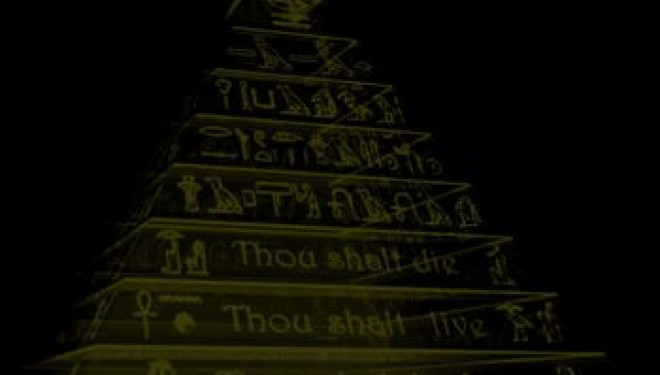 In this update, I plan to start off by covering the history of the Illuminati. One of the main reasons I started this blog is because I have a natural inclination to recognizing patterns and secrets, the ability to dig in the the right places, and – maybe through a combination of both good luck and good timing – I usually discover the truth behind a particularly strange and complex story.

The Illuminati is a topic that is much more difficult to cover than most, because there are so many wild conspiracy theories and completely ridiculous theories, that it’s nearly impossible to separate truth from fiction. So, what I plan to do is to start from the very beginning, identify the items that can be authenticated and verified, and then follow the yellow brick road of evidence to the truth. If there is truly a secret organization with nefarious motives, manipulating society – eventually the trail will lead to them.

The History History of the Illuminati – Starting with the Bavarian Illuminati

Based on my preliminary readings, I’ve identified circumstances in the mid 1700’s, surrounding one Adam Weishaupt, as containing major clues as to the true origins of an Illuminati, if one exists today. Through history, Illuminati myths and legends have morphed and changed, but these documented origins and writings are real. So this is where the investigation should begin.


A man named Adam Weishaupt grew up in Ingolstadt, Germany – born in 1748 and raised as an Orthodox Jew. Upon entering his teen years, he turned away from the religion of his parents and instead attended a Roman Catholic monastery school. He was an intelligent child, mastering many languages and capturing the eyes of the Jesuits who ran the schools. Resisting their offers to become a missionary, Adam instead finished his schooling and then became a professor at the University of Ingolstadt.

Adam’s passion for languages led him to ancient texts, and eventually his thirst for knowledge led him to the occult, and in particular ancient Egyptian secrets. Adam became convinced that through the occult, the human race could elevate to a greater awareness. His belief led him to seek out others with the same passion and drive to use the occult in this way – starting a secret society with the ultimate motive to transform the human race.

History Illuminati – The Founding of the Original Secret Society Adam started his first secret society with a small group of students at the University. They named the order the “Perfectibilisen.” Adam’s fascination with Egypt and the Pyramid of Giza led him to use the pyramid as the Illuminati symbol and organizational structure of the order. Many people with even a passing interest in the Freemasons would recognize this organizational structure, with the bottom row as the novices, then the next “advancements” to upper levels being that of royal titles – minervals, knights, priests and of course the level of king.

This very beginning of the history of the Illuminati consisted of a written oath of secrecy. Not only would candidates maintain secrecy about the existence of the society, but the candidate wouldn’t even be provided any information about members in the higher levels. However, members of the society understood that the principles of the order were based upon ancient texts, therefore the “origins” of the order were ancient as well.

There were actually two major things that each initiate had to promise upon joining the order.

It’s important to understand what that really means. Secrecy is actually the easy part – but consider taking an oath of total obedience to an organization. They provide the orders, and you simply follow without questioning. You would have to report to an unknown superior. The ultimate goal of the group was to bring about Utopian world without corruption and greed…otherwise called the “New World Order.”

The goals of the early Bavarian Illluminati were:

The early goals of the order were to spread throughout the power structure of society and government – to attract the intelligent and powerful with the promise of “rulership” once the Order took over all of society. By appealing to the natural desire of humanity for power and control, the Order would set itself up like flypaper – pulling in the powerful through their own desire for power.

In this early Illulminati, Adam Weishaupt removed the differentiation between good and evil. Ultimately, if violence resulted in a positive outcome, then it was good or virtuous. So long as the intention is good – the act is “good.”

The Bavarian Illuminati and its principles quickly spread – first through Germany, then Britain and then through Denmark and Portugal. The principles of the Illuminati and European Freemasons merged, and became virtually synonymous. Finally, the order made it to the U.S. – specifically the Columbian Lodge in NYC. Then it spread to Brazil through poet Claudio Manuel da Costa. Clearly, by about 1780, the Order of the Illuminati was already a worldwide organization.

However, Adam’s role as “King” – or Illuminatus Rex – reached a point where the required characteristics of a “ruler” or “leader” were too much for this academic scholar. While his theories and principles attracted new members and led to the rapid spread of the order across the globe, his character was not one of a charismatic leader. First, Baron von Knigge, the man who initially merged the Illuminati with Freemasonry, quit the Illuminati in 1784 after Adam refused to make him an equal ruler of the Illuminati. German political activities of Illuminati members ran contradictory to the principles that Adam had defined for the organization, which led to a disjointed effort and a splintered alternative form of the Illuminati in Germany – with different principles that ran contrary to the “anti-nationalist” rule.

Discontent spread as disgruntled Illuminati members started to view Adam negatively. As fate would have it, in 1784, as a secret Illuminati courier raced across the countryside to deliver a secret message, he was struck by lightning. The Bavarian police discovered the secret coded messages. Unfortunately, disgruntled members of the Illuminati broke their oath of secrecy and told the police about the secret order. The King of Bavaria immediately banned the Illuminati, and Adam Weishaupt was fired from his job as a professor. He ran away and eventually settled in Gotha – living in exile with his friend and associate Dr. Schwartz.

The End of the Illuminati?

Many would suspect that this would mark the end of the Illuminati Order, however this is not at all what happened. Following the fall of Adam, Dr. Schwartch took his collection of Occult materials to Moscow, where the Order took on new life and continued to spread like wildfire. Adam joined up with Jean-Baptiste Willermoz, another member of the Illuminati, and became somewhat involved in the French Revolution (more on this another time).

The truth is that the Illuminati continued to grow and spread around the world in various forms. Although somewhat fractured and mutating, the original principles set forth by Adam Weishaupt from the very beginning, remained intact, for the most part. When he died in 1830, Adam left behind a massive, global organization founded upon Occult beliefs and practices which continued to spread like wildfire.

By almost 1900, not very long ago relatively speaking, there remained evidence that the Order of the Illuminati remained throughout the world as a disjointed, yet strong and growing organization. The question now is this – how far and how dramatically did the Order of the Illuminati spread, and what is the intent, motive and activities of these “secret societies” that exist all around us. Are they simply various sects of an overall cult, or are they larger, more powerful and more organized than most people realize?

Secret Societies: What Are They All Hiding?   1

Secret societies still exist today. Why are they secret? What are they hiding? Top Secret Writers attempts to shed some light on some of the largest secret societies present [...]

The Secret Builders of Colonial America   2

Illuminati October Surprise – Where Did This Meme Come From?   0