We have seen them on the news and we read about them in the newspapers. They go by names such as People’s Temple, Branch Davidian, and Heaven’s Gate. Their followers would have referred to these as religions or a path to their eternal salvation. The rest of the world classifies these groups as cults.

These religious cults all ended in tragedy with most or all of their followers ending up dead. Like these infamous religious cults, there are similar groups still among us. They claim to have found a path to salvation, a better life, or enlightenment. However, taking a closer look into these cults’ motives and actions provides darker insight.

Below is a short list of FactNet.org’s Three Most Dangerous Cults.

Jimmie T. Roberts, the son of a former Pentecostal minister, founded this cult in 1971. Many times, they are referred to as “The Roberts Group.”

Roberts and his group broke from mainstream religion because they thought these churches were too worldly. The group achieved cult status because they teach newcomers to sell their possessions and break all ties with their families. They believe that this must be done to achieve salvation.

The Brethren also teach that we are in the “end times” and the apocalypse is coming. The cult members live in small nomadic-like groups looking for new members and preaching about the “end times.” The group gained unwanted media attention in 1975 when a high profile case involving deprogramming came to light. They have since gone underground.

Many families who have members in the cult believe the nomadic lifestyle is used to keep family ties severed. These families have created a support group known as The Roberts Group Parent Network.

Like The Brethren, the Children of God is a cult that came out of the Jesus Movement in the late 1960s. It was almost immediately labeled a cult because of its liberal use of sex in its teachings, winning converts, and it’s “fundraising.”

Many of the cult’s female members were involved in prostitution. However, it seems that this practice was abandoned around 1987. 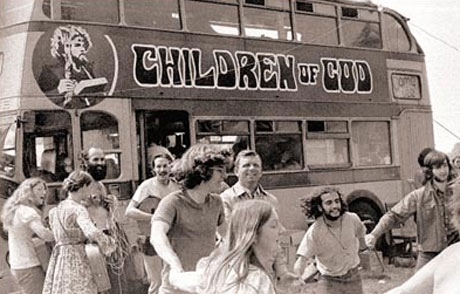 In recent years, the group has experienced some internal reorganization and renamed itself The Family International. Even though, reorganization occurred, the cult’s core beliefs remained the same. Members view themselves as spiritual soldiers in the world’s war between good and evil. Their leaders preach of the Second Coming of Christ and most of the cult’s long-term decisions are based on the “end times.”

It was this group that actually sparked the anti-cult movement during the 1970s and 1980s with the creation of the first anti-cult group, Free the Children of God.

Though Lifespring is a corporation and not a religion, it achieved cult status in the 1980s when allegations of brainwashing and mind control began to be reported. The private non-profit company was started in 1974 as a self-help business. Its founder, John Hanley, began giving seminars on how people experience each other and themselves.

It is often compared to Scientology or the Mind Dynamics Training seminar. Many claim that these seminars use loss of identity or identity confusion to create a feeling that the seminars are vital to ones well being. Others claim that the seminars put its participants under extreme psychology stress to illicit change and control. This cult has been sued many times and lost.

These are just a few of the dangerous cults that FactNet.org describes on their website. To determine if a cult is a dangerous cult, the website applies a certain criteria. These criteria are:

Quite a few cults fall under these criteria. To learn more about these cults and a further description of the criteria used, visit FactNet.