The German Moon Base Theory 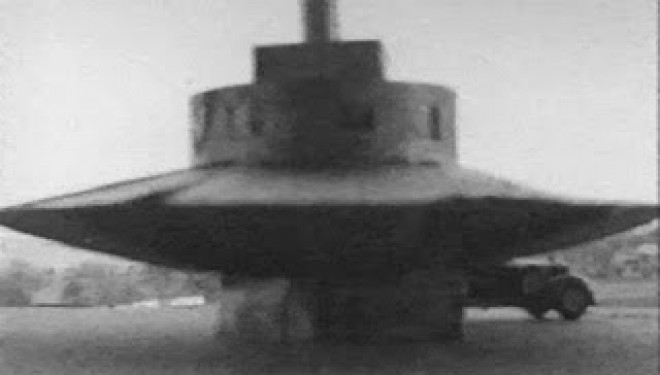 The same holds true for the Nazis. There are theories abound that involve secret Nazi technology and Mysticism. Both the moon and the Nazis are so familiar, yet at the same time so foreign that they are at the heart of many of the world?s most famous theories. Therefore, it goes without saying there are theories that combine these two subjects. The most common theory is that of the German Moon Base.

Many of these researchers theorize that the Nazis had landed on the moon much earlier than the 1969 Apollo moon landing. A few propose this happened as early as 1942. Much of this theory is based on the idea that the Nazis were researching and experimenting with new technologies in the fields of propulsion and rocketry.

This research supposedly led to a breakthrough known as the Nazi UFOs. The UFOs were flying discs developed during WWII for a wide variety of purposes, including space exploration. Many claim that the proof of flying discs come from the large number of reports from Allied pilots and crew members about UFOs commonly called ?Foo Fighters.? It is alleged that the Nazis were eventually able to make it to Moon in one of these flying discs.

Once on the Moon, theorists claim that the Nazis were able to establish an underground military base. At this point many additional fantastic claims are made.

One such claim is that the Nazis brought with them a wide variety of new technologies to help them complete and maintain the base. One of the technologies cited was the first use of robotics. Other claims are that the imagery of the Apollo landing was forged. Supposedly, Americans did land on the moon and actually stayed at the Nazi Moon base.

The alleged forgery is because America, along with other developed countries such as Russia and Japan, do not want third world countries or the general public to know that the Moon has a survivable atmosphere, water, and plants.

Theories and claims such as these have been floating around since the 1950s. Therefore, one would think that these steadfast theories have compelling evidence to support their claims. In actuality, all of the evidence presented to support the Nazi Moon base is contradictory, refutable, or purely fictitious.

For example, the German Flying Discs that the theory revolves around have never been officially documented. Conspiracy Theorists say that blueprints and other files used in constructing, evaluating, and experimenting with these devices were destroyed when the Nazi surrendered to the Allies.

Others claim that the actual spacecraft, along with its plans, are housed in a secret underground facility in Antarctica, known as New Swabia. However, there is no evidence that this base even exists.

As for as the claims of the German moon base and the survivable atmosphere on the moon; these were both proposed by Vladimir Terziski. However, he is often accused of fabricating his research along with his video and photographic evidence. Finally, as far as the Apollo landing being fabricated, there were a number of third parties involved to substantiate that the Apollo Moon landing occurred just as it was depicted in 1969.

Not only that, there were nearly 400,000 people who worked on the project for 10 years; keeping that many people quiet for that long and making sure the ?scripted? story always stayed the same would be nearly impossible.

The idea of a Nazi Moon base is a novel idea. The new technologies that were discovered during WWII helped to perpetuate such a story. However, the evidence seems to indicate that it is just that; a story. It appears that it is more likely that a German Moon base will be read about in a James Rollins novel before it is read about in a history book.