Call it what you want: “over-unity”, “free energy”, “zero point energy.” These ideas have been around as long as man needed energy.

Nevertheless, there is always someone out there who claims they have achieved the impossible. And of course, for a small fee they are willing to let us in on the secret. Below are just a few.

The Solar energy movement is taking off throughout the world. Earth4Energy jumped on this bandwagon. They do not promise free energy, but do promise the secret to low cost solar energy. 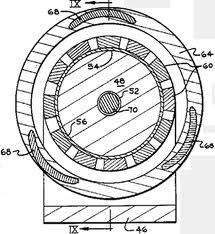 The website claims for just $50 they can teach to build a commercial grade solar panel from items purchased that the local hardware store for $200. The claim is outrageous and false. Earth4Energy is only out for one thing; marketing! There isn’t even a device here, it is just a glorified pyramid scheme based on bogus reviews. You want cheap reliable solar energy, and then you will have to use hard science and have deep pockets.

Magniwork does promise free energy. For only $50 they will send you the plans for your very own Magnetic power generator. Build it, turn it on, and use all the energy you want for free. Just one issue, it doesn’t work.

Magnetism works the same way as gravity. You can store potential energy and get it back, but you cannot get more than what you put into it. Also, eventually the magnets will demagnetize and become useless. No matter how you arrange the magnets, it just won’t work.

Steorn was an Irish company in 2006 that claimed that it found a free, clean energy source in spite of the laws of thermodynamics. They were so bold in their claims that they invited the scientific community to test the device themselves.

The details were never made public.  The machine was described as a way to construct magnetic fields so that when you travel around the magnetic fields, starting and stopping at the same position, you have gained energy. Essentially, the device was another magnetic motor.

In June 2009, the jury of scientists announced that “Steorn’s attempts to demonstrate the claim have not shown the production of energy. The jury is therefore ceasing work”

There is no getting around it. You just cannot break the laws of thermodynamics. And if someday, someone does find out that these laws are flawed, I am willing to bet that you will not be able to purchase the idea for one easy payment of $49.95!