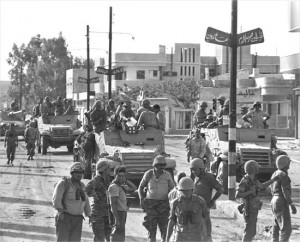 During this war, the U.S. maintained a neutral status. However, a United States Navy technical research ship, the USS Liberty, was attacked by Israel on June 8th.

The USS Liberty attack was conducted by an Israeli Air Force jet fighter aircraft and motor torpedo boats, which led to deaths of 34 crew members (including one civilian), wounded 170 crew members, and severely damaged the ship.

Because the ship was in international waters and the U.S. remained neutral in the conflict, many survivors, their families, and American politicians believed this was an intentional attack. The Israeli government maintained that the USS Liberty attack was only a mistake. 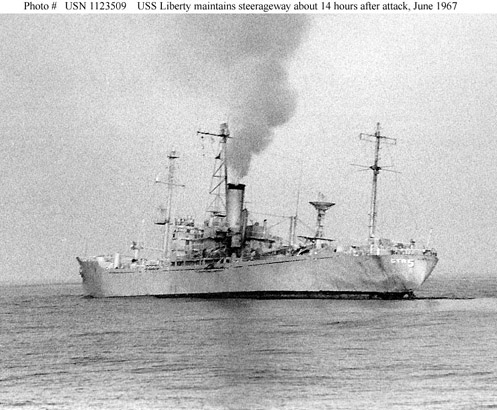 Both the Israeli and American governments conducted investigations into the affair and reported that the attack was a mistake due to Israeli confusion about the identity of the USS Liberty. However, a series of declassified Israeli documents prove that the survivors of the attack and their families were right; the USS Liberty attack was intentional.

The Chicago Tribune obtained and translated the declassified documents. In an article dated October 15, 2007 the Tribune stated:

“A source the Israelis code-named ‘Hamlet’ was reporting that the Americans had ‘clear proof that from a certain stage the pilot discovered the identity of the ship and continued the attack anyway.'”

What is even more concerning is that the Tribune goes on to report:

“The documents also suggest that the U.S. government, anxious to spare Israel’s reputation and preserve its alliance with the U.S., closed the case with what even some of its participants now say was a hasty and seriously flawed investigation.”

The case was officially closed in 1987; however, since the article’s debut 20 years later, many Americans are requesting for the case to be re-opened.

There have been no official comments in regards to the request for more information about the USS Liberty attack from neither the U.S. nor Israeli governments.