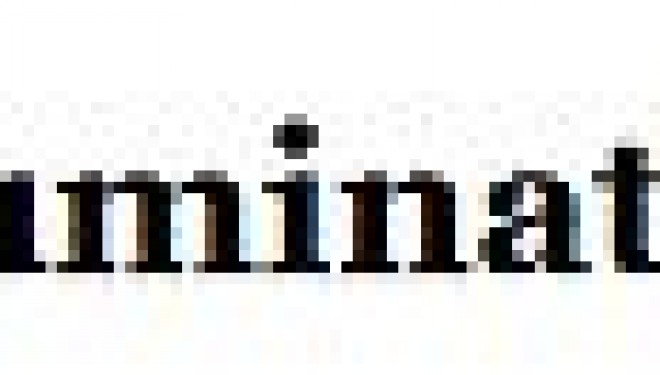 In the early days of when we founded this blog, I discovered an obscure website that touted itself as the home of the real Illuminati.

Since the publication of that article almost a year ago, I contacted the owner of that website and asked him if he’d be willing to entertain an interview so that we could better understand the goals and objectives of his group, as well as to get a better sense of whether the website – well designed or not – truly represents a connection to the Illuminati founded by Adam Weishaupt in the 1700’s.

As a parallel line of research, I’ve been tracing through the history of the true Bavarian Illuminati founded by Adam, and the splinter groups that formed years later after Adam was essentially exiled from Bavaria.

Not too long after my initial contact email, I received a polite response from a man calling himself “Grandmaster Merrick.” Here was his response. Thank you for writing.

I apologize for taking so long to reply. We have been carefully considering your proposal.

I have seen your site. I like your honesty and reporting style.

I agree to be interviewed through email. However, please understand that even though I will be completely honest with you, I will not be completely open with you…but I will not intentionally mislead you, either. It is just that there are some things I will not reveal. For example, I will not divulge the names of any members. In other words, I will tell you the truth, but it might not be the whole truth. Is this agreeable to you?

Of course, having had interactions before with folks from the U.S. Intelligence community, I understood how the security game worked. However, this email essentially told me that I’m dealing with an underground group attempting to maintain some semblance of “security” through its own amateur intelligence infrastructure. Each email was sent utilizing the GnuPG Privacy Guard software for Mozilla.

GnuPG is a free Open PGP application for email privacy and security. The use of free open-source software hints that we’re dealing with tech-savvy folks, possibly hacker-types, that don’t have a lot of cash lying around. Ultimately the best security software applications on the market are expensive, and the use of GnuPG reveals more about the group than I suspect “Grandmaster Merrick” wanted to reveal.

I responded as follows.

Yes – I completely understand about how you need to answer. I’ve interviewed folks before who hold secret or top secret clearances and many times they need to answer in much the same way – answering honestly but at times incompletely. It’s just the nature of this sort of thing. I understand that there is a certain degree of security and privacy you’re trying to maintain for your organization, and I can completely respect that.

I will do my best to try to frame my questions so that they don’t put you in that position.

Thanks again for your response – I will be in touch again in just a few days with a short list of questions via email. I will not overwhelm you with questions! In fact, I think you may enjoy answering them – I don’t plan to pull any punches.

I’ll be in touch again soon…and thanks again!

With the hope that we might gain some insight about this underground group, I forged ahead, coming up with a list of both easy and difficult questions that would best provide readers with the most information. Basically – I asked questions that I believed readers of this blog would ask. After drafting nine questions and sending them off to Grandmaster Merrick, he responded as follows.

These questions are fine…not too many. In fact, they are very good questions.

Question #2 was somewhat surprising. Very few people know about the split after Weishaupt died. We refer to it as The Great Schism. You have done your homework.

It will take me a few days to respond in full. I am moving this weekend, so things are a little hectic right now. But I wanted to let you know that I received your questions and that I have to problem answering all of them.

I will write again soon.


This was the last email I ever received from “Grandmaster Merrick.” Alas, I did not expect any answers, because the email above provided important clues that reveal our friend Merrick is not authentic Bavarian Illuminati.

Take another look at his statement:

“Very few people know about the split after Weishaupt died. We refer to it as The Great Schism. You have done your homework.”

His statement was in response to this question:

“2. History does show that the early Illuminati Order was split by 1830 into Dr. Schwartch’s efforts in Moscow, Jean-Baptiste Willermoz and Adam’s group in France, and Baron von Knigge in Germany. Does your group associate its heritage with one of those particular historic branches of the early Illuminati, and if so which one?”


Do you see his mistake?

If you read my article that covered the early history of the Illuminati and the split-up of the organization he founded, you’ll see that the split occurred prior to Adam’s exile from Bavaria – and it further happened again (France & Moscow) upon Dr. Schwartch’s move to Moscow and Adam joining up with the group in France.

It did not occur after he died. In fact, it had nothing to do with his death.

In other words, Grandmaster Merrick doesn’t know anything about the original Illuminati.

More than likely his website, the “Illuminati-Order” is an Internet scam set up to collect email addresses of unwitting seekers who believe in the real Illuminati. What purpose harvesting these email addresses serves is not entirely clear. It could be to distribute cult propaganda, it could be to play a con against people to eventually get people to send them money, or it could simply be a collection of emails for sale to spammers. It’s impossible to say.

One thing I can conclude with almost perfect certainty is that the Illuminati-Order at that particular website is nothing of the sort. Meanwhile, I intend to return to my historical study to trace the true path of the real Illuminati through the ages – and cut through all of the madness and scam artists.