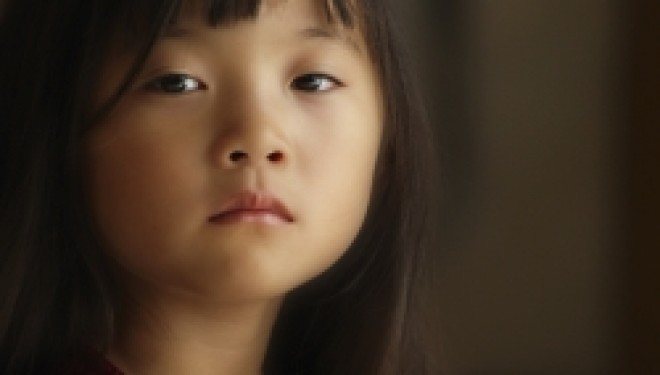 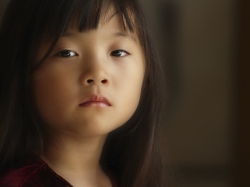 In Part I of this series on Indigo children, Daz described some of the documented Chinese research that took place regarding children with psychic abilities. In this analysis, part II, Daz digs further into the story of these gifted children.

In the paper: ANALYSIS OF TESTS ON THE TRANSMISSION OF SENSATIONS THROUGH CHANNELS IN 25 PSYCHIC CHILDREN by: Li Guan-Junq Li Jingy Zhao Guo-Xin, and Huang Gu. (Changchun School of Chinese Medicine), the authors wrote:

“From April to July of 1981 a group of 25 psychic children, after repeated tests, all showed relatively strong psychic powers. The group consisted of 3 boys and 22 girls. The oldest was 15 years old and the youngest was 7. With the exception of one pre-school youngsters, all were middle school or elementary school students. The majority were in the third or fourth year of elementary school. They were of normal intelligence, and their marks above average.


The testing was done along the channels, with the test card placed on the left “laogong” accupoint (wrist).


[…]In the process of recognizing characters or colors almost all of 25 children in this experiment experienced the feeling of a tingling sensation or heat being transmitted along the channels all the way to the temples. Then they saw spots or flashes before their eyes. Finally, the character began to take on shape. After recognising they felt dizzy, as if their heads were swelling and exhausted.


Man’s knowledge of the outside world, from a psychological viewpoint, is gained from his senses of sight, hearing, smell, taste, and touch. Each of these senses works independently and are not interchangeable. Psychics, to the contrary, can use certain portions of the body to recognize characters, colors, etc. This is an undeniable fact.”


In another document, from this time period, titled: ‘First Investigative Activities for Human Psychic Functions Launched on the Tibetan Plateau’, the author writes:

“Several middle aged and young scientific research workers are the center of the Shannan Special District Public Health Cadre School Human Psychic Function Investigative Team. Gaining the approval of the necessary leaders, they carried out a planned human psychic function investigation on the fourth grade students of the Shannan Special District First Elementary School beginning on July 18, 1983. This investigation was the first of its kind in history in Tibet.


From 18 to 21 July, in cooperation with the Shannan Special District First Elementary School, organized people in sufficient numbers to take a psychic survey on “recognizing characters by ear” or more than 100 fourth grade elementary school students of both Tibetan and Han nationalities.


On the morning of the 18th of July at 8:30, 31 minutes after the test began, eleven year old Han nationality student correctly answered the test card. It was verified that the characters, color, and color of the paper were all correct. After 40 minutes, thirteen year old Tibetan Student Xun Wen also correctly recognized the characters and color of paper in his ear.

This was the first occasion of psychic abilities being induced in children in Tibet. Results of the three day test show that among these subjects of the survey (nine to fifteen years old) the occurrence of recognizing characters by ear, was about 40%. This is about the same as reports from China proper.
[…]
Beginning on the 27th, we carried out “Teleportation” experiments for, three successive days. We had no success. On the 30th we repeated the “psychic movement” experiments. These were also unsuccessful. We thought the children had exhausted their psychic abilities, so we stopped the training. We planned to start again after two weeks of rest.”

What does this all mean?

This is what was gleaned from intelligence reports in the 1980’s gathered by the CIA, DIA as part of their own Psychic program.

What happened to these children, to what ends and what happened in all the years since is not really known. Occasionally, an interesting report slips out from behind the iron curtain of children performing amazing feats of psychic/teleportation ability in front of scientists.

How true these reports are, is hard to guess – but in my opinion, if positive reinforcement of early intuitive ability in children is nurtured instead of quashed by social fears and labels, then who knows what may be achieved. And to the super psychic children tested in these documents and reports – IF accurate – then we can only wonder where and what they are doing now?