A Sane Look at the HAARP Conspiracy 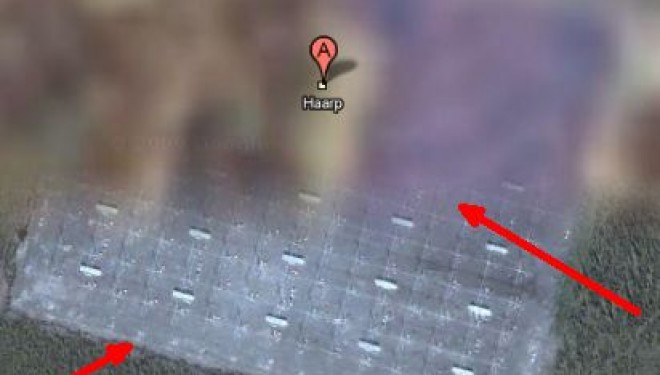 On January 12, 2010, Haiti was the victim of a natural disaster of epic proportions. An earthquake that measured 7.0 on the Moment Magnitude scale shook the tiny country.

For two weeks after the initial earthquake, the people of Haiti were bombarded with another 52 aftershocks. All of which measured 4.5 or higher. It is estimated that nearly a quarter million people died due to this disaster and a full million Haitians were left homeless.

This epic disaster sparked a fury of aide and assistance to the earthquake victims from across globe. However, the disaster also sparked a fury of rumors, accusations, and conspiracy theories. Most of which revolved around the little-known research program known as the HAARP Project.

. . . a scientific endeavor aimed at studying the properties and behavior of the ionosphere, with particular emphasis on being able to understand and use it to enhance communications and surveillance systems for both civilian and defense purposes.

However, there are certain details about the facility that have many wondering if there is an underlying or even secret goal of the program.

This is all due to the fact that even though program officials claim this is a non-military facility, their research projects are treated as highly classified material. For example, it’s interesting to note that there’s a clear line of zoom quality at the point where Google Maps covers the HAARP facility. A portion of the array field is very clear, but the northern part of the facility has been blurred out. 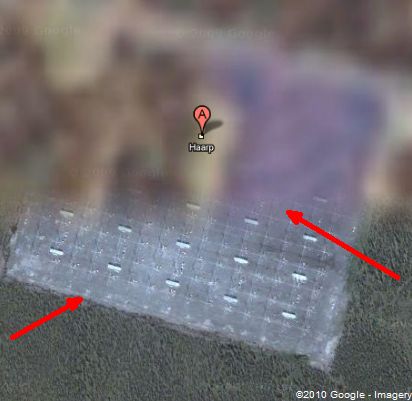 When questioned about projects, HAARP officials usually give vague statements that are very reminiscent of a Department of Defense “script.” Another fact about that HAARP that arouses suspicion is the limited information about the types of equipment being used. Equipment such as the Ionospheric Research Instrument (IRI), which is a high power transmitter facility used to excite portions of the Ionosphere.

It is also curious to theorists that HAARP feels the need to stress that the research conducted is “strictly passive” in nature.

Is the HAARP Project “Passive”?

Most theorists do not believe that HAARP’s research is passive at all. Theories abound about what is going on at the Alaskan facility. The most popular being weather control.

The type of weather control being theorized goes well beyond cloud seeding or the likes of Project Stormfury. Proponents of HAARP’s weather control conspiracy theorize the research of and even testing of a directed-energy weapon. Most of these theorists are somewhat lacking in their scientific explanation of how such a weapon would work, but they are full of ideas on its end result; climatic warfare using weather, tsunamis, and earthquakes.

The same theorists point to the recent earthquakes in Haiti as a plausible end-result of the alleged directed-energy weapon housed at the HAARP Alaskan facility. The idea being that it was either a test fire or a misfire of the weapon. That firing such a weapon in an already geologically active area would, in theory, trigger similar results to the 7.0 earthquake and the 52 strong aftershocks felt afterward.

Aside from the earthquakes, there have been “witnesses” reporting odd-looking cloud formations around the HAARP facility Though the science in these theories are not quite up-to-par, global political groups support their concerns.

In 1977, the U.S. participated in the Environmental Modification Convention (ENMOD). This convention was held to discuss and ultimately prohibit the use of Weather Warfare.

“The Prohibition of Military or Any Other Hostile Use of Environmental Modification Techniques” was adopted and ratified by the President on December 13, 1979. It has also been documented that the U.S. intentionally detonated a nuclear bomb on a fault line, which resulted in the artificial formation of an earthquake in California. However, what about a directed-energy weapon that could fire a beam of energy across the globe to create weather anomalies and earthquakes?

If HAARP is hiding this technology, then a series of questions should immediately follow. Questions such as: Why use it on Haiti? Aren’t there closer test areas? If it was a misfire, then how did it happen? Why didn’t the facility suffer any damage? Why even bother with with earthquakes?

If weather cannot successfully forecasted (such as on your local news station), then how could some one control it?

Chances are that none of these questions will ever be answered because of two reasons. Reason one is that HAARP isn’t talking and it does not look like they will start anytime soon. Reason two is that proponents of the HAARP conspiracy about a secret weather weapon can only point to funny looking clouds and obvious natural disasters as “proof.”