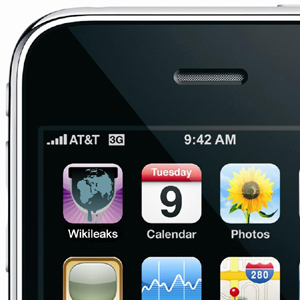 Earlier this month Apple and Android both approved a WikiLeaks App for their mobile devices.

The app’s description describes it as, “instant access to the world’s most documented leakage of top secret memos and other confidential government documents.”

Aside from accessing the WikiLeaks website, the app also allows the user to view tweets from the official WikiLeaks twitter account. The mobile version of these tweets and leaks have been formated for easy reading on the popular smartphones.

The app not only helps to circulate the sensitive leaked information that is posted to the website, but the it will also help in keeping Wikileaks afloat. The Apple App Store released the Wikileaks App for a $1.99 and the developer states that 50% of sales will be donated to the WikiLeaks site. 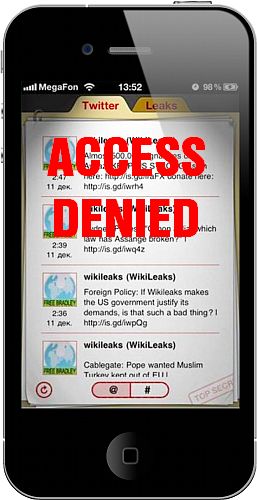 However, five days and over 5,000 downloads later, the Apple App Store pulled the app from its inventory.

This should really come as no surprise. In the past, Apple has been known to avoid and even reject apps that could remotely be seen as controversial or a legal issue. One example is when they rejected the Eucalyptus app, which allowed people to read classic books on their iPhones. Apple rejected it in May 2009 (but later reversed their decision), because users were able to download a copy of the Kama Sutra.

Why did Apple approve this app in the first place? If I had to guess – publicity.

Why remove the app? If I had to guess – plausible deniablity.

Just like with the Eucalyptus app, if enough people scream about it, they could possibly bring it back. Whatever the reason, proponents of WikiLeaks along with many conspiracy theorists are claiming that this is another stage in the plan to silence Wikileaks, and ultimately to extradite Julian Assange.

However, If you still need your WikiLeaks fix, then you may want to look at the Android. Their version of the app is still going strong and Google is expressing no intention of taking it down.