Future Feeling – Is There Evidence that Humans Can Predict the Future? 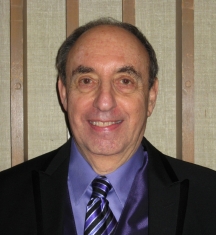 The Internet and scientific circles have been buzzing like a swarm of blue bottles with the recent peer reviewed study by Professor Daryl Bem, of Cornell University, who over a period of eight years, carried out nine different experiments involving more than 1,000 volunteers. All but one appeared to point to psychic powers, prediction or affecting the future.

The sixty one page paper entitled Feeling the Future was due for publication in the Journal of Personality and Social Psychology and is now featured in The New Scientist newspapers and many websites, blogs and discussion groups across the globe.

Bem says his experiments support the theory that there really is something to human precognition of events that haven’t yet occurred.

Each of the experiments described in the paper simply takes a well-known method for testing how sensory input affects the brain’s output “and turns it around backwards” in time sequence.

In one experiment, students were given a list of words to memorise which they were later asked to recall, before being given a selection of the words to type out. The volunteers were able to recall some words more easily than others – which tended to be those that they would later be asked to type.

The position of the picture was randomly determined by a computer after the students made their decision, which Prof Bem views as evidence that the students were influencing future events. The experiments conclude that there is a slight but nether-the-less a statistically significant precognition effect. A 3% increase above the expected norm.

Joachim Krueger, a US psychologist, said the claim that humans may have psychic powers is “ridiculous” but admitted that, having examined Prof Bem’s methodology, “frankly, everything seemed to be in good order”.

The New Scientist, which published the study, said that the results will gain credence if other scientists can repeat them and so far two other researchers, Jeff Galak of Carnegie Mellon University and Leif Nelson of the University of California at Berkeley, have already tried to replicate one of Bem’s experiments (the one with the word recall test) and failed to get any significant results.

“For the purposes of this paper we really only care about one possibility: Do we fail to detect precognition because precognition does not exist? In answer to this question we emphatically say, ‘We don’t know. On the one hand, we fail to replicate the effect, but on the other hand, our single failure to replicate is hardly sufficient to seriously undermine an entire paper.”

Bem said Galak and Nelson went ahead with their trial without having full information about how his own experiments were conducted. They also had their experimental subjects take the test over the Internet rather than in person.

When the test is conducted online, “you lose total control over it,” Bem said. (Galak and Nelson admit that it’s “unclear” how closely their subjects attended to the key elements of the experiment.)

But haven’t we been here before?

Science has repeatedly shown a small effect in play in predictive experiments.

In 1988 SRI (Stanford research institute) created a study as part of its 23 year Remote Viewing program for the U.S military and INTEL services this study was called:

Psychophysical. Research Laboratories (PRL) were contracted to conduct a meta-analysis of the forced-choice precognition literature.

In statistics, a meta-analysis combines the results of several studies that address a set of related research hypotheses. The general aim of a meta-analysis is to more powerfully estimate the true “effect size” as opposed to a smaller “effect size” derived in a single study under a given single set of assumptions and conditions.

The SRI contracted study looked at:

“Our meta-analysis of forced-choice precognition experiments confirms low the existence of a small but statistically highly significant precognition effect. Most importantly, the effect appears to be replicable; significant confirmations are reported by two dozen investigators using a variety of methodological paradigms and subject populations.


Estimates of the “filedrawer”‘ problem and consideration of parapsychological publication practices indicate that the precognition effect cannot be plausibly explained on the basis of selective publication bias. Analyses of precognitive effect sizes in relation to eight measures of research quality fail to support the hypothesis that the observed effect is driven to any appreciable extent by methodological artifacts; indeed, several of the analyses indicate that methodologically superior studies yield stronger effects than methodologically weaker studies.”

The conclusion of the study also noted the apparently small size of the effect – but confirmed its existence.

“While the overall precognition effect size is small, this does not imply that it has no practical consequences. It is, for example, of the same order of magnitude as effect sizes leading to the early termination of several major medical research studies. In 1981, the National Heart, Lung, and Blood Institute discontinued its study of propranolol because the results were so favorable to the propranolol treatment that it would be unethical to continue low placebo treatment (Kolata, 1981); the effect size is 0.04. More recently, The Steering Committee of the Physicians’ Health Study Research Group low (1988), in a widely publicized report, terminated its study of the effects of aspirin in the prevention of heart attacks for the same reason. Ile aspirin group suffered 45% fewer heart attacks than a placebo control group; the associated effect size is 0.03.”

I’m biased, as I am a remote viewer and regularly participate in predictive experiments and projects myself and seem to have an above the norm accuracy in predicting.

I’ve already been persuaded by both personal experience but also from the research I have undertaken, like the 23 plus years worth of scientific study I have read in the 89,000 pages released by the CIA form its Remote viewing research.

But let’s be honest, it’s not hard to see with both this new paper and old ones like the meta analysis from SRI and its subcontractor (that looked at 2 million trials) – that there seems to be an unexplainable, very small effect that does seem to show that we as humans have an ability to predict the future. It’s not a big effect, but these effects are repeatedly shown in study after study, year after year and still we debate.

Personally I welcome Bem’s paper and hope to see more replication studies, and maybe one day we will see another small effect as the weight of evidence wins through.

– A Replication of the Procedures from Bem (2010, Study Eight) and a Failure to Replicate the Same Results – Jeff Galak – Carnegie Mellon University & Leif D. Nelson – University of California, Berkeley – Haas School of Business