What does a former navy seal, former governor, and former pro wrestler all have common? The are all the same guy.

That guy is Jesse Ventura, and he is here to give us the “whole story.” At least that what he says during his title sequence of his TruTV series, Conspiracy Theory with Jesse Ventura.

During this hour long series, Ventura and his band of “investigators” delve into a wide variety of theories.

The program is shown more like an action/adventure flick than true documentary.

All the elements are there. The young, cocky skeptic played by Daniel Kuncan. The straight-man and voice of reason played by Micheal Braveman. The young (and lets not forget very attractive) truth-seeking reporter played by June Sarpong.

This team of investigators is led by the hard-nose, but compassionate ex-soldier played by Jesse Ventura himself. Conspiracy Theory is one of TruTV’s highest rated shows; however, the information may not really be up-to-snuff. 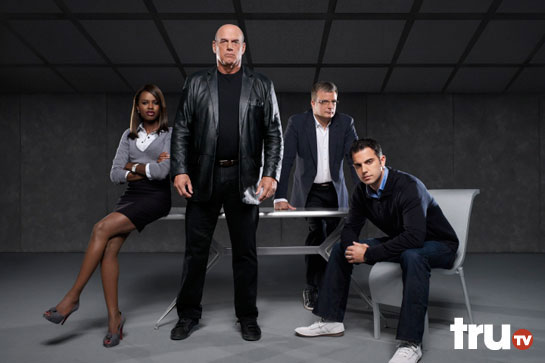 For example, a closer look at the team reveals alot. Their resident skeptic, Mr. Kuncan, is of Extreme Makeover: Home Edition fame as an Interior Designer.

Little-known Michael Braveman is titled as “Gov. Ventura’s Advisor” on the show, but it seems most of his experience comes from the Talk Show host and Reality TV circuit.

The one with the most credibility is June Sarpong. She is a hot commodity and maybe one of the most recognizable faces on British television. Though she got her start with MTV UK, she has conducted high profile interviews with a wide variety of British figures including Tony Blair. Sarpong is also known for her political and cultural activism.

Also, it is widely known that Ventura’s silence and/or perspective can easily be bought. In 2003, MSNBC essentially bought Ventura’s silence due to his feelings towards the Iraq War. He did not support the war and voiced that opinion adamantly.

However, according to Ventura, MSNBC honored his $2 million a year contract as long he did not go to any other network. His contract was for three years and his silence paid for his lavish New Mexico home.

All in all, Conspiracy Theory with Jesse Ventura is entertaining and fun to watch. However, for real research into conspiracy theories, stick with credible resources, researchers, and documentaries that do not rely on television ratings.