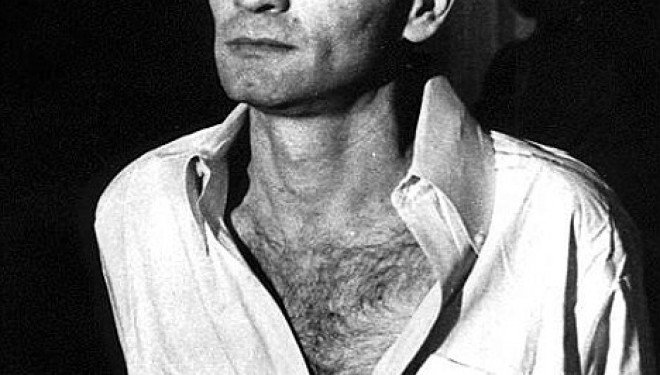 The name Charles Manson has become synonymous with with the word evil. The (presently) 76-year old inmate has spent nearly his entire life in one prison or another, and eventually for good for the Charles Manson cult murders.

Aside from being a psychotic career criminal, Manson also became the leader of his self-titled cult known as the Manson Family.

This quasi-communal cult arose in California during the late 1960s. The Manson Family teachings seemed to revolve around Armageddon. It has been reported that, “[Manson] had a strong belief and interest in the notion of Armageddon from the Book of Revelations. Scientology and more obscure cult churches such as Church of the Final Judgment were also fleeting interests.” It was these ideals and teachings that led Manson and his followers on a murderous crime spree.

The Family, along with Manson, are thought to have carried out at least 35 murders. Most of “The Family” members were never tried due to the lack of evidence or because the alleged perpetrators were already serving life sentences for the Tate/La Bianca killings.

Manson himself was only found guilty of conspiracy to commit the Tate/LaBianca murders, but not the murders themselves. The murders seemed to have been carried out by members of the group at his instruction. However, he was convicted of the murders based on the joint-responsibility rule. This rule makes each member of a conspiracy guilty of the crimes that his fellow conspirators committed in order to reach the conspiracy’s objective – ultimately the objective of Charles Manson’s cult.

Manson’s life leading up to these infamous murders were not really newsworthy.

For the most part, young Charlie Manson was nothing more than a common criminal and street hood. He was arrested for crimes such as robbing gas stations and stealing cars.

From 1951 through 1966, Charles Manson simply bounced from one prison to another. It was not until his release from prison in 1967 that Manson began his journey into infamy.

On the day of his release, March 21, 1967, Manson requested and was given approval to move to San Francisco. Manson sought out the other 100,000 young hippies traveling there. During the 1960s, San Francisco was emerging as the center of the hippie revolution. The summer of 1967, the summer immediately following Manson’s release, became known as the “Summer of Love.”

Manson brought two things with him from prison to San Francisco, his skill at playing guitar and his new found religious beliefs and ideals from Scientology and other cults of the era. Starting from about 1961, Manson referred to himself as a Scientologist.

The Birth of the Charles Manson Cult

Once in San Francisco, Manson quickly established himself as a guru in San Francisco’s Haight-Ashbury district. This was a district that quickly became the signature local and focal point of the hippie revolution.

Preaching a philosophy that was loosely based on the Scientology he had studied in prison, along with his interpretations of other religions and cults, Manson soon had his first group of young followers. Most of these followers were “impressionable young girls.”

Manson and his harem of disciples moved from place to place (one of which was the home of Beach Boy Dennis Wilson), during the years leading up to the Tate/ Li Bianca murders. Even in the midst of their nomadic life style, Manson seemed to be able to keep an eye on the political tensions across the country.

The “Summer of Love” was also known as the “Long, Hot Summer” due to the race riots that were popping up in cities such as Detroit. By 1968, Manson had altered his teachings and philosophy to include these racial tensions. His “new” Armageddon would be an end-all race war leaving Manson and his “Family” to rule.

Manson also started incorporating The Beatles references into his teachings. He named one residence of The Family, the Yellow Submarine. Manson even preached that their White Album predicted the impending Armageddon and was written specifically for The Family. He named that Armageddon Helter Skelter.

Even though, by today’s standards, a cult based in Scientology and music from The Beatles sounds somewhat absurd, it had a profound impact on American culture. The Charles Manson cult had a membership of around 100, including a core-group that believed whole-heartedly that Manson was, in fact, Jesus. It was through this unnerving faith in Manson that he was able to coerce his followers to commit those 35 murders . . . all “for the cause.”