In just a little over two years from now it is believed by those who subscribe to the 2012 phenomenon school of thought, that the world will undergo a dramatic change, and most likely an apocalyptic one on the 21st of December.

This date corresponds with the end of the cycle of the Mayan calendar which dates back to at least five centuries BC.

Other versions of this prophesy are a little less doom and gloom, with many predicting a positive turn of events such as a change in the world, in civilization and in how we live such as spiritual enlightenment or the coming of a spiritual being.

The Truth About the 2012 Mayan Calendar

The truth is a little more textbook, with many scientists and philosophers reporting that the end of the Mayan calendar, while it is based on astronomic alignments, will not bring about any huge occurrence.

Those who fully understand Mayan civilization and documentation also say that proposed huge events which will occur on the December 21, 2012 are nothing more than metaphors and hyped-up claims used as part of the Mayan belief system. 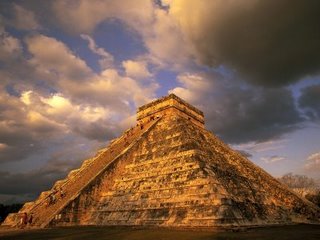 The Mayans believed in ‘Word Ages’ which means that the world goes through various stages in its life cycle.

While many point out that this means all on earth will be destroyed and recycled for the next stage, critics claim all that is meant by this is to represent reaching the end of a cycle in showing the strength of man and the perseverance of God.

The Mayans also believe that there was a cycle before this one, implying that there will be another after this one, especially since there is no reference of a doomsday event on the 21st of December 2012 in any Mayan literature.

Numerous authors during the 70s and 80s wrote a lot of material about the idea of the Mayan calender predicting an Apocalypse in 2012 and recently, writers such as Dan Brown and Daniel Pinchbeck have promoted the idea further, and have even caused small amount of fear.

The film 2012 also hypothesizes this destruction of earth and how world governments may respond. All of this however further discredits the idea by cashing in on the theory.

Predictions Based on Fiction – Not Fact

Critics claim this is the main reason why 2012 is being popularized so much, especially considering the cycles of other ancient calenders have also ended in the previous century, yet nobody is focused on those predictions.

The truth about 2012 is still hard to pin down exactly, as scientists often argue about why and how the Mayans calculated their calendar.

The basic fact is that they used the alignment of the solar system and the winter solstice to calculate when planetary alignments would come and go, and as such managed to pin down a date of 21st of December 2012.

Other suggestions include massive calculations involving tracking the milky-way and finding its center, and then using this along with degree changes in the orbit of the planet around the sun to calculate a date.

The popularly held conclusion amongst the vast majority of scientists and Mayan historians is that on December 21, 2012, the winter solstice will occur, a few solar alignments (numerous amounts of which occur every year) and then everyone will get on with their last minute Christmas shopping.