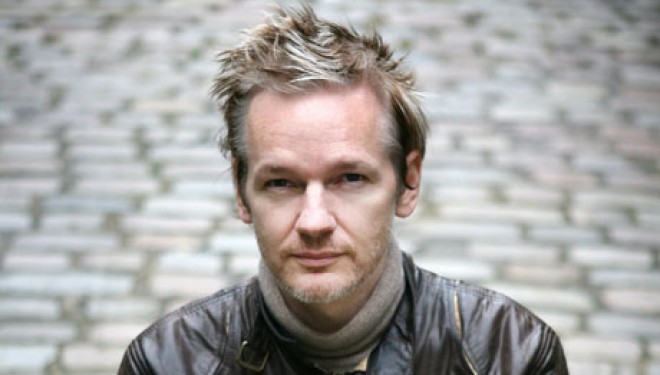 Around 2pm on Friday, December 3rd, Julian Assange, the public face of the WikiLeaks website, offered answers to numerous questions put to him in an online public forum format.

Over the last couple of years, WikiLeaks has published hundreds of thousands of documents online. The most recent batch is currently receiving the most press, and is referred to by most media outlets as “leaked diplomatic cables.”

While much of the WikiLeaks releases are not very interesting – this latest release does, in fact, contain some fairly embarrassing releases that we’ll be covering in detail next week, in another blog update.

Aside from those specifics, much of the public interest in WikiLeaks actually comes from people interested in understanding the true motivation behind Julian Assange. In a recent article, we pointed out some leaked chat logs that revealed an arrogant side to Julian Assange that was somewhat disturbing, considering the gravity of what it means to release documents which could be potentially damaging to the national security of a nation.

In the online forum, Julian claimed that he didn’t intend to have himself as the public face of WikiLeaks. He said, “I originally tried hard for (WikiLeaks) to have no face, because I wanted egos to play no part in our activities.”

However, whether the position was self imposed or agreed upon within WikiLeaks, Assange surfaced as the leader of the organization. The chat session we published earlier implies that the status was self-imposed by Julian himself, and it seems to be a position in the limelight that he relishes. In one comment, he indirectly describes himself as “courageous” and a “lightening rod.” However, in a move toward humility, not publicly seen before by Assange, he also admitted that much of the credit he receives for the leaks is undue.

“In the end, someone must be responsible to the public and only a leadership that is willing to be publicly courageous can genuinely suggest that sources take risks for the greater good. In that process, I have become the lightening rod. I get undue attacks on every aspect of my life, but then I also get undue credit as some kind of balancing force.”

In our article on Bradley Manning, an intelligence analyst that the Pentagon has charged with eight violations for transferring classified information, we asked the question whether Bradley is an American Hero or an American Traitor. Julian’s statements made it clear that he feels Bradley is a hero.

“If indeed it is the case, as alleged by the Pentagon, that the young soldier — Bradley Manning — is behind some of our recent disclosures, then he is without doubt an unparalleled hero.”

In an eerie parallel to another American threat, Bin Laden, Julian has also gone into hiding. Australia will not allow him to return to his home country, because they are cooperating with U.S. activities to locate and prosecute him. In a ridiculous comparison, Assange compared his plight with that of David Hicks.

“Or are we all to be treated like David Hicks at the first possible opportunity, merely so that Australian politicians and diplomats can be invited to the best US embassy cocktail parties.”

Of course Hicks offense was the material support of the al Qaeda terror network – not exactly someone to be held up as an example of an “innocent” victim. Or maybe the comparison is an accurate one – does Julian and WikiLeaks now represent a serious and imminent threat to all world nations that try to maintain and protect their national secrets?
**Editors Note – Dec 16, 2010**
In a December 6th update on CNN, the Australian Attorney General said Assange would be allowed to return home and has the same protections as any Australian citizen.

Here at TopSecretWriters, our message has always been one of opening up the doors of secrecy, reducing the power held by private corporations and entities that operate under the unregulated cloak of black projects, and increase the scope of the Freedom of Information Act.

However, there is something to be said for the idea of national secrets. When it comes to technology development, security and military plans and diplomatic missions in particular – secret communications and discussions form a private part of the process. That privacy allows people taking part in the planning and “meetings” to be honest and forthright in their actions and deeds – because they know that politically their comments will not be held against them in public.

Unfortunately, as Julian tries to paint the broad releases as a noble action, it ironically makes the process more secretive than ever. The fear of “leaks” will drive discussions and information further behind closed doors and off of any documented record. This will ultimately make it even harder, years from now, to gain an accurate picture about what really happened. The history will be lost as fear of leaked information forces diplomats, military planners and others within world governments to keep things “off the record.”

So, what do you think? Are the WikiLeaks efforts noble and justified, or are they naive and counterproductive? Share your own opinions about WikiLeaks and Julian Assange in the comments area below.