Is It Smart to Buy Remote Viewing Materials by Ed Dames? 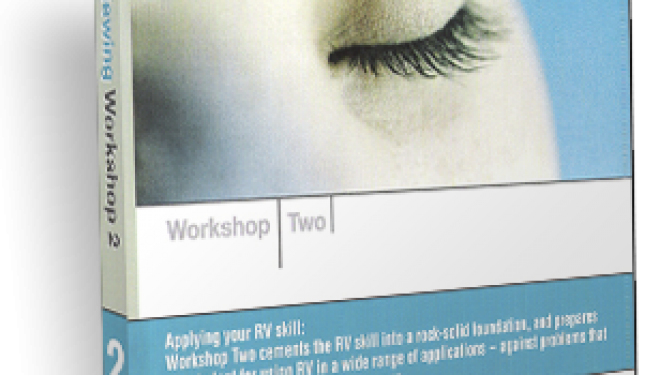 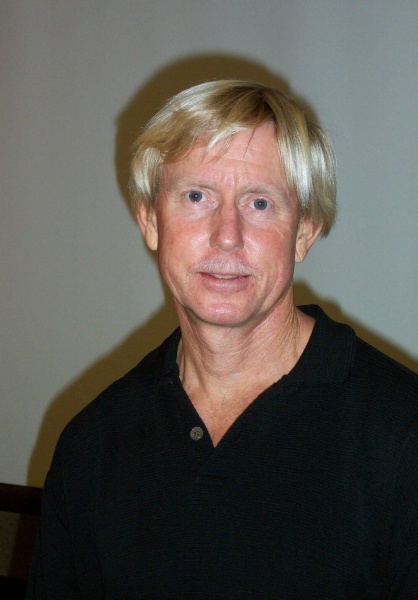 To be honest I tried to dodge writing this article because, although I always to tell the truth as I see it, I also try not to inflame the community of Remote Viewing and its members.

But I guess sometimes you can’t please everyone or dodge all the bullets.

So let’s start with a little background:

Between 1979 and 1983, Major Ed Dames served as an electronic warfare officer and as a scientific and technical intelligence officer before joining the prototype military remote viewing team.

Ed Dames was trained in part by Ingo Swann in the CRV (controlled remote viewing) process, but he did not finish training in all six stages of the process, nor was he employed as a remote viewer within the unit.

Major Ed Dames never went through the same selection process as the others, and he was taken into the Remote Viewing program in the role of a monitor and interviewer (see: Reading the Enemy’s Mind for details).

At that time, the presiding INSCOM General (Albert Stubblebine) and a special Forces Colonel (John Alexander) sat on the Board of Directors of Psi Tech. The company was also using the professional remote viewers from the military program to complete RV requests from clients.

Bear in mind that this in itself is a mark of Dames and his character, as Remote Viewing was still a very classified technology and a secret project, yet he founded a private corporation and sold the technology and services to the private sector. Protected by the inclusion of Stubblebine on the board no doubt.

In 1992– three years before the Remote Viewing program broke its secret cover and was eventually closed by the CIA, Dames and PSI TECH were discussing Remote viewing and its military connections at UFO conferences and with the media.

Numerous FOIA Star Gate documents discuss these leaks that came from Dames and others in the 90’s and how this affected the secret project. It’s clear that Remote Viewing became common knowledge and popular during that time period, due in part to Ed’s activities, and I do thank him somewhat for this.

On May 31st 1996, Dames first appeared on the popular UFO and mystery radio show Coast to Coast with Art Bell. This was the picture of things to come, with Dames’ predictions of impending disasters and doom.

Two weeks later Dames was back with more predictions of catastrophe, and now with his first, new Remote Viewing training method called TRV (Technical Remote Viewing). Essentially, it was a rip-off of the Ingo Swann CRV methodology sold to the U.S. Military.

Dames has been a regular guest on Coast to Coast ever since, with his main stay of apocalyptic style predictions of catastrophes and impending doom. 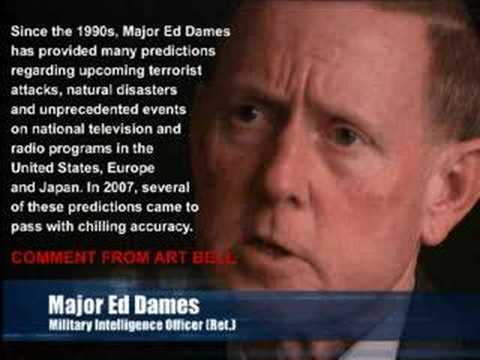 Over the years he has lost companies, and his original training method (TRV) is in legal wrangles with ex business partners, but he has always managed to simply reinvent a newer (coincidentally of course) and “better” Remote Viewing method out of the ashes of each incarnation.

Ed Dames’ predictions range from pregnant aliens living under the New Mexico dessert of the U.S. to Comet Hale Bopp carrying a container of plant pathogen (Coast to Coast Jan ’97) to be delivered to earth, that would destroy 80% of earths inhabitants (funny I must have somehow missed this event).

“We ran more remote viewing sessions, did more more work, and that particular cylinder is still enroute to Earth intercept. We do have its expected Earth entry point and that is over northwest continental Africa, Mauritania, and it will begin to disintegrate there, moving to the southeast. The impact, from the studies we have done, the impact is expected along an imaginary line from Eritrea in the north of Swaziland in the south, but the center of the mass in Burundi, Lake Victoria region, where there will actually be a remnant of the cylinder that we expect to impact and crater.”

During a November 1997 broadcast, Dames stated he and his team were doing RV sessions when they discovered that North Korea was going to launch a nuclear warhead at South Korea. In the words of Dames:

“We used the search cue of ‘next nuclear attack’ and we qualified that with ‘intent to kill’ and ‘massive casualties’. And what we got was a very clear picture at the end of a week of the North Koreans using a nuclear weapon against the South Koreans…this event may occur before the end of winter.”

Or more recently, Dames claims his prediction in the search for missing adventurer Steve Fossset as a hit!

“Steve Fossett’s location has now been narrowed down to a roughly 1 square mile area (map below). I’m dispatching a Matrix Intelligence Agency ground search team into the area, ASAP.”

The map provided by Dames shows an area near Kennedy Canyon in the Sierras. Dames was thus off by 60 miles when it was revealed where the actual remains were.

I could go on and on. The predictions and their accuracy by Dames and his newly named Matrix Intelligence Agency are numerous, and they are also very well documented on the Internet.

It’s clear that the Ed Dames products are no better than any other psychic method when trying to predict the future. In fact, it seems like his are actually worse.

Saying this, Remote Viewing was never designed to be used predictably.  Remote Viewing needs to be used only for targets which you have feedback information for. This is primarily to assess the accuracy of the psychic data against known data. If the project is a future event – you don’t have feedback yet, and therefore can’t assess accuracy.

This, I fear, is the crux of Dames problems with his media predictions. 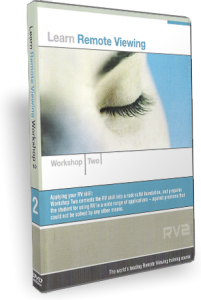 There are many out there, and to be honest a fair share of them came from Dames. First, we had ‘TRV’ from PSITECH. Then came ‘Operation Minddazzle’ (remote viewing kit in a box), and currently we have ‘LEARNRV’.

Now can you learn Remote Viewing from a DVD? Possibly, but in my experience it would be hard – but it could be a starting point when face-to-face Remote Viewing training is the more expensive offer. But, to be fully honest, the FREE online resources might start you off just as well.

Is it smart to buy and Ed Dames Training DVD?

It’s hard to answer whether buying an Ed Dames Training DVD is a good idea. I don’t want to upset the field of Remote Viewing. But I also have to be honest.

I would say to anyone – look first at the person selling the product. What is their reputation? How are they regarded by their peers and equals? Also, how good are they at the service they are selling – in Dames case how accurate and good is his Remote Viewing method and how accurate are his predictions? I am confident a short Internet search as well as this article will give you some of these answers.

Also, why not pop along to Dames own online forum which he set up to help his students that ask any questions. I’m sure you will clearly see the mind and manner of the man selling these products, and you will get an idea of what your hard earned money will buy you.

–> Dames current ‘world destruction prediction’ and how to find your ‘sanctuary’ to survive – AND for a fee he can even find it for you 😉
–>This simple question about dowsing and remote viewing.

So, my final answer has to be a ‘NO’ – it’s not smart to buy Remote Viewing materials from Ed Dames. Unless of course you like stories of impending doom and disaster linked to product sales and predictions that don’t seem to come true. If you do, then you have found your Guru.

Please don’t take this as a statement that ‘there are no credible Remote Viewing teachers,’ because there are. People like Paul H Smith and Lyn Buchanan, both from the same Military Remote Viewing unit as Dames, but these teachers make no ‘doom’ laden predictions tied directly to DVD products and services.

When looking for Remote Viewing products or services, carefully check the origin of the product and the full background of the people offering the product like you would any other professional service or product you would buy.