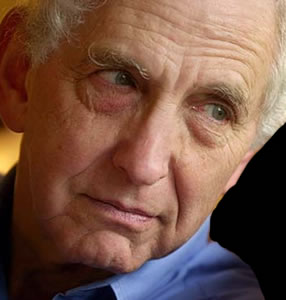 It seems that much of America is split when it comes to Bradley Manning and his leaking of hundreds of thousands of State Department records.

He is touted as a hero by some, while a traitor by others. Even right here at TSW, the comments seem to be 50% for and 50% against. However, Bradley is gaining some high profile supporters. One of those supporters is the original leaker of government secrets, Daniel Ellsberg.

Daniel Ellsberg is a former U.S. military analyst who started his very own national political controversy in 1971 when he leaked the “Pentagon Papers”. The Pentagon Papers was a top-secret Pentagon study of the U.S. government’s decision-making about the Vietnam War.

While employed by the RAND Corporation, Ellsberg leaked this survey to several different newspapers, including the widely read New York Times.

Ellsberg has been a supporter of Pfc. Bradley E. Manning from the beginning. Manning is a U.S. Army Intelligence Analyst that was arrested in May 2010 and charged with “transferring classified data onto his personal computer and adding unauthorized software to a classified computer system” as well as, “communicating, transmitting and delivering national defense information to an unauthorized source” (Wiki Leaks) under the Uniform Code of Military Justice on July 25, 2010. He is currently jailed and awaiting trial. 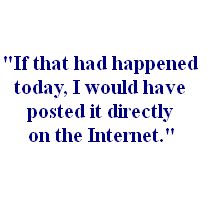 Daniel Ellsberg has also spoken in defense of WikiLeaks and its founder Julian Assange. Even though Assange may also face charges for publishing classified information, Ellsberg is impressed with the speed and efficiency of the site. He explains that it took The New York Times nearly three months to review the Pentagon study before they decided to publish it.

“If that had happened today,” he went on to explain to The Associated Press, “I would have posted it directly on the Internet.”

A documentary called “The Most Dangerous Man in America: Daniel Ellsberg and the Pentagon Papers” is one of 18 films that will tour the world this year as part of its “American Documentary Showcase” program. Given his background, it is little surprise that Daniel Ellsberg supports Pfc. Bradley E. Manning, Julian Assange, and the overall mission of the WikiLeaks website.