The Truth Behind the Legend of the Pied Piper

A wondrous portal opened wide;
As if a cavern suddenly hallowed;
And the Piper advanced and the children followed;
– Robert Browning, The Pied Piper of Hamelin, 1842

Most of us have heard the story of the Pied Piper. References to this age old fairy tale have been made in poetry, pop culture, and film.

A town is overrun by rats. A mysterious piper offers his services to get rid of the rats. The piper succeeds and tries to collect payment. When the town stiffs him, he plays his magical pipe to steal away the children of the town.

The Pied Piper – A Real Event

Most historians agree that an event did occur in Hamelin, Germany around 1284 that resulted in the total disappearance of the town’s children. What they cannot agree on, is what caused such a mass disappearance to occur. 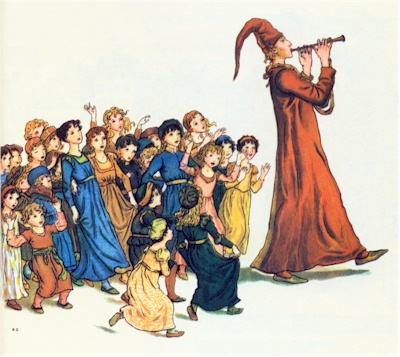 The pied piper story was passed on by word of mouth for centuries, and references to the account are mentioned occasionally in other works.

The oldest known references is that of a stained glass window that was located in the Church of Hamelin around 1300. However, the tale did not become popular until the Brothers Grimm (Jakob and Wilhelm) included it in their anthology of fairy tales.

Historians have researched the event for centuries and have come across little evidence settling the matter. 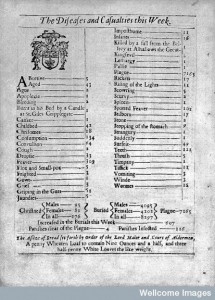 The disappearance of the children is held to be fact for a variety of reasons. The town’s oldest record, dated 1384, states “It is 100 years since our children left.” There is also a long standing law dating back to medieval times that no music is allowed to be played and dancing is prohibited on a certain street in memory of those children that were “lost.”

At first, many historians focused on the rats. Believing the story described Hamelin’s battle with the Black Death, also known the bubonic plague. The bubonic plague was one of the deadliest pandemics in recorded history, striking in Europe between 1348 and 1350. It was spread by rats, which carried fleas and which, in turn, carried the bubonic bacterium. When the rats died, the fleas turned to human hosts – infecting them as well.

Various references do support this idea. Such as a reference stating that the town will need an army of cats to rid them of the rats, but the cats are all dead. The rats themselves also support the plague theory.

Under this theory, the Pied Piper is a personification of death.

Nevertheless, most researchers disregard this theory. This is due to the fact that the element of the rats was not added to the story until the 1500s. Furthermore, the plague did not reach Europe until the mid-1300s. The children left (or were taken) nearly 100 years prior.

There are many other theories surrounding the Hamelin incident. Theories that include:

->The Pied Piper was actually a maniacal pedophile who creeped into town at night and stole the children while they slept.

One theory stands out as one of the most plausible. That is the theory that the children were recruited to participate in a new Children’s Crusade and never made it back home.

The first Children’s Crusade occurred around 1212 only 36 years prior to the Hamelin incident which, in itself, gives the theory some credibility.

However, with the exception of the date, the story varies widely. Basically, a 12 year-old German (maybe French) boy has visions of Jesus telling him to go on crusade to peacefully convert Muslims in the Holy Land to Christianity.

The stories end with them succeeding in their plans, never making it to the Holy Land or being sold into slavery. Yet, writers of the times grabbed the story and ran with it. The idea of hundreds of children going on crusade made for great stories. Not only does the date and the fact that the visionary was possibly German give the story some credibility, but the idea that these crusades were also accompanied by the “wandering poor” adds even more.

The Pied Piper could very well have been one of these “wandering poor,” recruiting for the crusade.

In the story, he states that he has traveled extensively. Also, he haggles over the price of his services indicating a need for funds. Finally, even his name could be interpreted as a description of being poor. Pied, referring to his multicolored clothes, could be describing multicolored patches on his clothes or simply rags that he wore for clothes.

One of the endings to the 1212 crusade story is that the children never made it to the Holy Land. It is quite plausible that the Hamelin children shared the same fate.

Many researchers believe that this new Children’s Crusade did not succeed and Hamelin’s children, along with those wandering poor, stopped in what is now Romania and started the settlement of Transilvania, just as the Grimm’s stated. Possibly even becoming the founders of the Gypsy (or Romani) way of life.