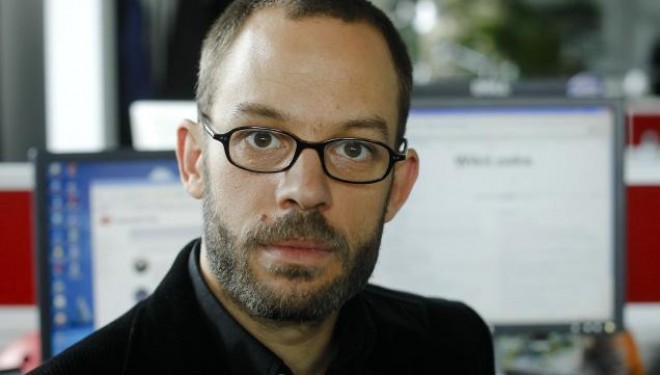 Lately, whenever there is a secret report, video, or diplomatic cable leaked to the public, WikiLeaks is the first thing to come to mind.

When WikiLeaks comes to mind, one does not think about the site’s hourglass logo. When we hear WikiLeaks, we see Julian Assange, the front-man and co-founder of the whistle-blowing website. However, this may soon change.

In a recent interview with ABC News’ Brian Ross, WikiLeaks co-founder, Daniel Schmitt, has announced that he has jumped ship and is setting out to start his own whistle-blowing website.

He and others are bailing on the site because according to them, the organization “is not heading in a healthy direction.”

Schmitt claims that his site, OpenLeaks.org, will essentially be the same as WikiLeaks. However, his organization will be ran vastly different.

Schmitt claims that Assange is a diva and runs the organization like one, as well.

Wikileaks was founded in 2007 and, from then until now, Assange has gained world-wide fame and recognition. According to Schmitt and other former WikiLeaks members, that fame has gone to Assange’s head. Schmitt has even eluded to the idea that Assange runs Wikileaks like an “Emperor or Slave Trader.”

Also, in true emperor fashion, Assange does not particularly care for “leaks” about himself. It was accusations of a security breach and Assange’s reaction to such leaks that has sparked Schmitt to start his own site.

However, it is not just Assange’s out-of-control ego that is causing issues, but also his management (or rather mismanagement) of the organization’s funds.

Schmitt and former long time backer of the site, Birgitta Jonsdottir, have both stated that Assange has not delivered the $50,000 that WikiLeaks pledged to donate to Private Bradley Manning’s defense fund. Both representatives for Manning’s defense and WikiLeaks have confirmed these statements.

Schmitt says OpenLeaks.org will set out to make the truth known to the public and not set out to make any one person famous. Schmitt also pledges that OpenLeaks will reveal the actual truth and not the truth according to Assange.

The site is due to come online any day now.