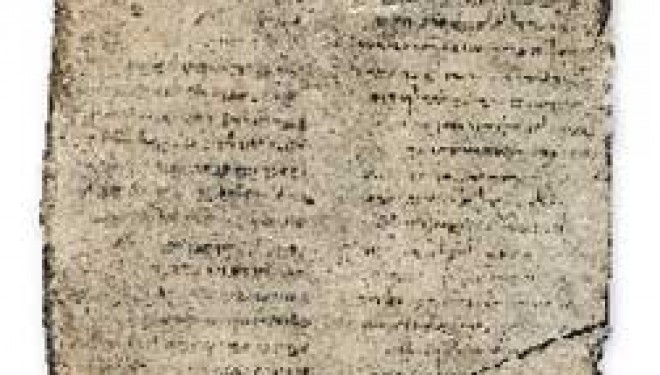 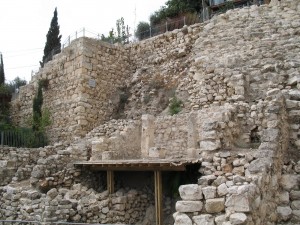 In the past five years, historians, archaeologists, and theologians were quite busy. They found archaeological evidence of many settings and events that are depicted in the Bible.

Listed below are the top five recent biblical archaeological discoveries made in the last five years.

1. The Palace of King David

The City of David has been an active archaeological site since the 1920s. Tons of artifacts have been pulled from the site.

These artifacts include pottery, evidence of city walls, and (just last year) a clay tablet. The tablet could be the oldest known written document found in Jerusalem.

However, back in 2005, archaeologist Eilat Mazar announced that she and her team discovered the actual Palace of King David. The Hebrew Bible states that King David was the second king of the Kingdom of Israel.

Though disputed by some, Mazar is sure of her find. In an interview with NOVA, she stated:

Such a huge structure shows centralization and capability of construction. It can only be a royal structure…We conclude it’s a palace because the Bible reports very clearly that such a palace was built.

Mazar and her crew are still presently excavating the the site. Just last year they uncovered the clay tablet mentioned earlier and a portion of a 10th century wall.

In 2007, Israeli archaeologist, Ehud Netzer, announced that he and his team discovered the tomb of King Herod.

Herod was a Judean monarch known for architectural achievements, excessive construction throughout the Holy Land, and his extravagance. That extravagance was even prevalent in the newly discovered tomb.

Netzez, the leader of the excavation, said that his team was able to piece together “a monument of 25 meters high, 75 feet high, very elegant, which fits Herod’s taste and status.” Archaeologists say it is one of the greatest finds of the decade.

In July 2008, the Biblical Archaeological Review published an article about a rare type of text. It was referred to as a stone scroll because it is a stone tablet with the text written in ink.

Israeli scholar, Ada Yardeni, called the text Gabriel’s Vision. The scholar claims that if the text was written on leather she would have thought it was one of the Dead Sea Scrolls. Gabriel’s Vision is a first person text written by someone named Gabriel.

The 187-lined text contains several Biblical phrases and possess a very apocalyptic tone. Many believe that this text reveals new insight into the ancient Jewish and Christian concept of the messiah.

4. The site of David and Goliath

In an archaeological excavation in the Elah Valley, archaeologists claimed in 2009 that they found the Elah Fortress. The fortress has been mystery for over 150 years.

However, the findings unearthed in 2009 lead many archaeologists to believe that the 10th century city of Sha’arayim has finally been found. Sha’arayim, according to the Bible, was near the battle site of David and Goliath.

Archaeologists found the two gates just as it was described in the Bible, confirming their belief. The site is still under excavation today in hopes of finding more artifacts and evidence of the Biblical account of David and Goliath.

5. The Parting of the Red Sea

Just this past year, a team of scientists with the National Center for Atmospheric Research in Boulder, Colorado studied the possibility of the parting of the Red Sea. By studying ancient maps, computer models and archaeological records, the group concluded:

“The simulations match fairly closely with the account in Exodus. The parting of the waters can be understood through fluid dynamics. The wind moves the water in a way that’s in accordance with physical laws, creating a safe passage with water on two sides and then abruptly allowing the water to rush back in.”

In all of these cases, findings are only in the preliminary stages and research is still being conducted. The scientists involved in these recent biblical archaeological discoveries all hope that further research will provide more insight into the events that occurred in the Bible.