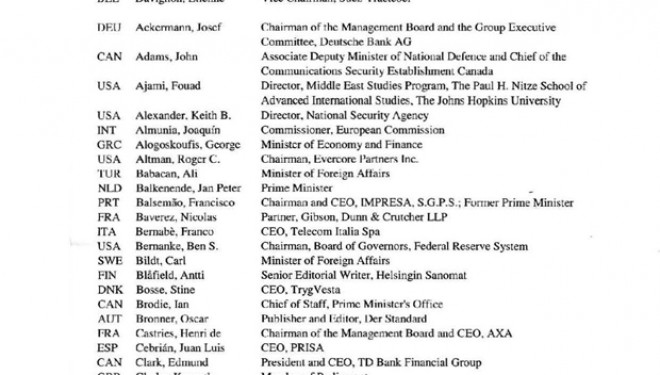 One weekend in May of 1954, a group of influential businessmen met in Holland at the Hotel de Bilderberg. At that initial meeting, the attendees decided that it was necessary for them to meet annually to discuss global affairs.

However, many people believe that the Bilderbergs do more than just discuss global affairs. They believe that this group of influential leaders have positioned themselves to guide these affairs in any direction they see fit.

These conspiracy theorists assert that during these meetings, the participants decide on secret wars, government overthrows, and a planned global economy. The Bilderberg Group is commonly referred to as a global “shadow government” or a New World Order.

A Response From the Bilderberg Chairman

According to the chairman, these meetings give participants and chance to debate and learn how their peers feel about certain issues that effect North America and Europe.

There are many people out there that agree with Etienne. One example is G. William Domhoff, a psychology and sociology professor who has studied theories of power for many years.

He sees the Bilderberg group, and other social clubs like it, as nothing more than a means for the “power elite” to form a bond among themselves outside of the limelight.

Simply speaking; birds of a feather flock together.

The Need for Secrecy 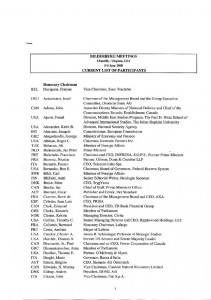 Many people question that if the Bilderberg Group is just a social club, then why is it so secret?

The fact remains that the group is really not secret, it is simply unreported. During each meeting, the names of the conference attendees, as well as the agenda, are in fact made available to the press and to the general public. For some of the press and many others, that is not enough.

They believe that the Bilderberg conferences should be open to the public and to the media, and press releases should be issued.

The Bilderbergs make a very good point concerning media access. If their goal is to foster an environment where participants can speak their minds candidly, then the meetings must be private.

Any person in power would have to be overly cautious when speaking in front of the press; for fear that an offhand comment may cause an international controversy.

In the grand scheme of things, if the Bilderberg Group opened its doors and invited the world to its secret conference, there would still be conspiracy theorists out there saying that it is all part of the plan. Going public would be just one step closer to the infamous New World Order.

And it seems Etienne agrees. The Bilderberg Chairman states:

Most conspiracy theorists would refute Etienne’s assertion by asking on simple question. What do you expect the leader of a shadow government to say?