The Humorous End of Project Acoustic Kitty in 1967 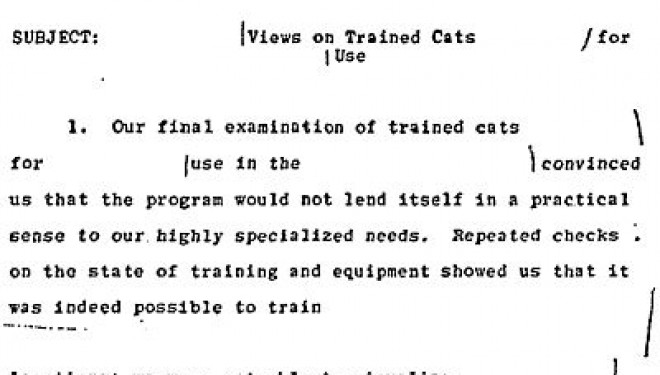 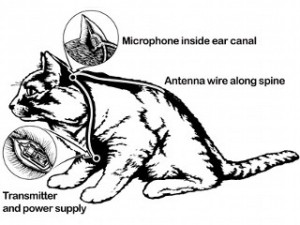 During the height of the Cold War, the CIA was doing everything it could think of to give America an edge over the Soviets. The edge came from all sorts of ideas. However, one of the wildest ideas was a little-known project labeled Acoustic Kitty.

The Directorate of Science and Technology, the branch of the CIA charged with developing and applying advanced technology, stated in a memo that cats could be trained to travel short distances and carry out simple tasks.

The CIA’s plan was to wire the cats with an antenna in their tails and listening devices embedded in their skin. Once trained, the newly wired kitty would just stroll over to the target and transmit any conversation in the immediate vicinity.

The CIA spent years developing this sort of technology. What they created was a “Franken-kitty,” of sorts. Nevertheless, they were able to create a proof of principle. Theoretically, Acoustic Kitty could be very valuable out on the field.

Yet, to implement their cybernetic feline listening device, the CIA needed a field test. After those tests were completed, the Directorate of Science and Technology made the following statement in a memorandum:

“The environment and security factors in using this technique in a real foreign situation force us to conclude that, for our [intelligence] purposes, it would not be practical.”

The project surrounding Acoustic Kitty did not last very long. However, the memo and test files available on the subject show that apparently the tests did prove that “wiring” a cat for the purpose of “intelligence gathering” was possible.

Yet, when it came time for the first real-world scenario, the test did not go quite as planned. The mark was found, communicated, and the cat was instructed to wander in and observe. However, Acoustic Kitty did not even make it to the mark.

As soon as the CIA agents released the cat from their surveillance van , a taxi plowed over the cat; killing it and destroying the technology inside. In an instant, years of research and study along with millions of dollars of technology was reduced to roadkill.

Even though animal cruelty is not something to joke about, the fact remains that the US was obviously getting very desperate for any kind of edge over the Soviets during the Cold War.