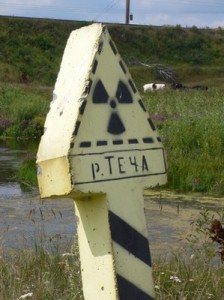 As the world searches for sustainable energy sources, nuclear energy often becomes the focal point of this research.

One country taking a very close look at this energy source is Russia. Currently, it is estimated that 16 percent of Russia’s power is derived from nuclear energy. However, it was stated last month that Russia plans to move forward with its nuclear expansion.

This expansion would increase the amount of power derived from nuclear energy from 16 percent to 25 percent by the year 2030.

While many believe this is a viable solution to weening the country off of fossil fuels, many more believe this expansion may not be the best idea. The concern is due to the fact that the Russians have had more than 58 separate nuclear incidents or accidents since 1954.

Below are the five worst Russian nuclear accidents to date.

In 1957 (only three years after the official start of the Russian nuclear program), a serious nuclear explosion occurred at the Mayak nuclear fuel reprocessing plant.

The site was located about 93 miles north-west of the city. Thousands of square miles were contaminated by the accident, causing the province to be completely closed to all foreigners until 1992.

The incident at Chleyabinsk was the first time the Russians had to deal with a nuclear incident, but it certainly would not be the last.

In 1975, there was a partial meltdown in Leningrad reactor Unit 1 that released 1.5 MCi into the environment.

This explosion and radiation leak resulted in the deaths of three people. Another concern is that this accident was never officially reported.

The first nuclear incident that was officially reported was in 1992 (nearly 20 years after the Leningrad incident). By then, the Russians had to mitigate several other nuclear accidents.

In June of 1985, in what was later ruled as human error, a pressurizer relief valve was accidentally opened during the startup of the first reactor unit. This accidental opening released 300°C steam into the staff work area causing 14 people to die.

The human error was believed to be caused by an inexperienced operator who was in a hurry to get the reactor up and running. 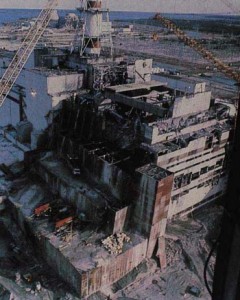 The ’86 explosion occurred near reactor 4 because of increasing energy output. However, since the incident affected such large areas throughout Europe, Chernobyl is considered to be the worst nuclear disaster to date.

To mitigate the amount of radiation exposure that would occur, Russia decided to seal the entire reactor into a giant concrete Sarcophagus. Chernobyl is one of the few accident sites that offer tours which are open to the public.

In April of 1993, a tank exploded while being cleaned with nitric acid. This explosion caused a cloud of radioactive gas to be released into the atmosphere. The incident was so serious that TIME magazine identified the Tomsk-7 explosion as one of the world’s “worst nuclear disasters”.

Though Russia does not have the best track record when it comes to nuclear incidents, it is important to note that it has been more than a decade since Russia has suffered another nuclear incident or accident.

The number of reactors cannot be to blame for the high number of russian nuclear accidents either. France derives one-quarter of its power from nuclear energy and only has had 20 incidents – most of them minor. However, with Russia having six new reactors currently under construction and over 20 more proposed, the potential is always there for yet another catastrophic incident to occur.