A Journey Into The AIDS Conspiracy 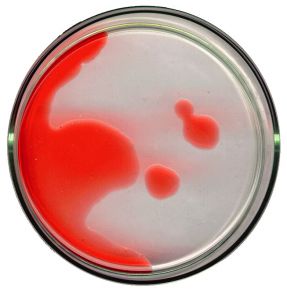 I was taught what we all were taught about AIDS. Prevent its spread with abstinence, protection, and try not to share needles.

Those are pretty strong words for a fourteen year old. My social awkwardness was the best preventative measure in my particular case. I had no worries about contracting a sexual disease back then.

In my community of primarily white Franco/American descendants, most of us didn’t even know anyone with AIDS. The official story back then was, and still is, that AIDS was somehow contracted to humans through primates.

The conspiracy surrounding AIDS is that the virus is a weapon born of the U.S. military’s bio-warfare division in the early 70’s to control population.

The conspiracy has strong ties to none other than the CIA. Originally, black and gay communities were among the alleged targets. I’m not going to get into the events that may have caused the spread in these communities, because they are an entire story unto themselves. However, there are several smoking guns that make a plausible case for the belief that AIDS is manmade.

Sounds farfetched? Perhaps, but anyone who feels that the US would never attempt to control its population is living on another planet.

1969 Congressional records show that $10 million was appropriated to fund research for a virus that almost identically resembles AIDS as we know it today. That amount of funding was more than half of all funding for bio-weaponry at the time. 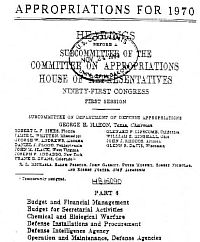 Keep in mind that AIDS wasn’t officially discovered until shortly afterwards. Supporters of the official AIDS origin will argue that AIDS was discovered in humans previous to that – in a tribesman from the Congo. Although this may be true, it doesn’t explain the scale of its spread from a remote tribe in Africa to a full blown worldwide epidemic that infected primarily the gay and black communities in such a short period.

If you’re still convinced you live in the pinnacle of free society, then at least take the time to look at Gerald Ford’s 1974 “National Security Study Referendum 200“.

Amongst several other documented government ideologies exposed with the Freedom of Information Act, this referendum shows that the U.S. was willing to control the population in third world countries to protect resources for our own consumption. Sounds like the modern reasoning behind our current occupation of several foreign countries, but that’s also another article for another time.

Robert Charles Gallo is coined as the leading AIDS researcher in America in the 60’s and 70’s. Gallo has been protected by the U.S. Government over the years for his historic discovery of the AIDS virus.

He was at the forefront of finding a test to determine if AIDS was present in human beings. Gallo was challenged over “his” discovery by a French scientist named Luc Montagnier. When everything was said and done, it was found that Gallo had used a sample of the virus that originated from Montagnier’s laboratory for his own discovery.

A highly controversial debate between the two sides lasted for years until political influence dictated that the two sides share the discovery. In 2008, a Nobel Prize was awarded for the discovery of the AIDS virus, and oddly enough Gallo’s name was omitted from the proceedings.

One last thing that’s oddly suspicious about Gallo is that although he’s at the forefront of researching and preventing the spread of AIDS, he’s patented something quite the opposite. The patent in question is US patent # 4,647,773 and titled:

Boyd Graves and The AIDS Conspiracy

The loudest voice for the idea that AIDS is manmade came from a lawyer turned researcher named Boyd Graves.

Graves discovered that he had contracted AIDS in 1975 and chose not to accept it as a death sentence. After conducting extensive research, Graves sued the Federal Government for creating the AIDS virus. In typical U.S. Government fashion, his case was dismissed and appealed all the way to the Supreme Court.

Suspiciously, after the Supreme Court’s dismissal, he was warned not to publish any of his findings. One of his most convicting findings was a flow chart discovered in 1999, created by the “Special Virus Cancer Program”, a government program created in 1971.

In 2001 Graves was given a treatment found at the U.S. Patent Office (and since pulled from the public market). It was Patent # 5676977. You can find this patent if you perform a search at USPTO.gov. It is titled, “Method of curing AIDS with tetrasilver tetroxide molecular crystal devices”.

After receiving the treatment, Graves was symptom free of AIDS until he died of cancer in 2009. His website has been removed since his death, but the information is still widely available online through his supporters.

So in typical conspiracy theorist fashion, most of this information doesn’t prove beyond a shadow of a doubt that this is a government conspiracy or plot. However, in true government fashion resembling JFK and 9/11, the establishment has its lips sealed on this issue, and will likely not reveal or investigate it further.

So, why try to hide a cure for AIDS? One good reason would be that the treatment programs and research funding are worth $300 billion per year.

If greed and money are not reason enough, it’s also an efficient way to rid yourself of the “unwanted”, especially if you believe in the agendas of the so-called Illuminati and NWO. So, the best advice I can offer is research the information and decide for yourself, but be warned that this is the tip of the iceberg. There are several supporters of this theory in the scientific community worldwide, and those that support the original theory are generally also associated with the creation of the AIDS conspiracy.

Resources for this article include: