Is America Headed Toward Revolution?

The price of gas is up, while job prospects are down. Mandatory spending in the government exceeds total revenue. People across the country are losing their jobs, and civil unrest is growing.

The United States is militarily engaged in Iraq and Afghanistan and holds over seven hundred military installations worldwide. Just last week, the U.S. along with other Western nations began enforcing a no fly zone over Libya, which will put us into a third war.

Millions of gallons of petroleum have been dumped into our oceans, on several different occasions across the world.

The birds now fall from the skies, and now the bees are becoming extinct. Nuclear reactors are melting down in Japan, sending clouds full of radiation our way through the jet stream, while our leaders tell us not to take precautions.

Why would America ever enter into a revolution?

We stand in the face of more problems than we can count; but here are a handful of the larger issues that strike at the core of American values and principles.

Mother Nature is giving us a beating of her own, whether you believe in global warming or global cooling, misinformation exists everywhere. Some of the worst Tsunamis, earthquakes and volcanic activity are signs that climate change is happening at least on some level that our populace has never seen first hand.

The Fluoridation of America

The country is being drugged against its will, with Fluoride being put into the water supply. Fluoride is the main active ingredient to many anti-psychotic drugs in its purest medicinal form.

Public drinking water doesn’t get medicinal Fluoride however; our public water supply gets the left over chemical waste from the nitrate and phosphorous industry. Even the most informed pushers of the Fluoride agenda claim that Fluoride only works on teeth topically. So why are Americans forced to drink it?

Personally I wouldn’t drink my sunscreen to avoid sunburn, so why are we drinking Fluoride? 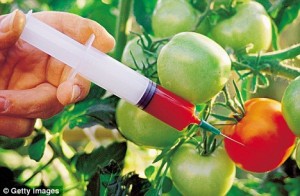 The FDA is approving Genetically Modified Organisms or GMO’s without proper testing at an astronomical rate.

The FDA makes claims that GMO’s will save humanity in the face of hunger. Not only are these monstrosities of genetics untested and unsafe, but even insects won’t eat these foods.

The only apparent modifications have been to make produce smaller and more expensive (try finding an old non-genetically engineered watermelon). Truly beneficial science would create produce that’s healthier and filled with vitamins and antioxidants.

GMO’s are also suspected of causing changes to people’s DNA, resulting in cancer and various other illness. Without proper testing, how can such claims be laid to rest? Like AIDS, modified DNA is for life.

The government currently refuses to allow natural producers to label their foods as NON-GMO. This should be very concerning to anyone interested in eating healthy food, but it is an issue where most people remain ignorant.

Politics have run awry and the people’s concerns are becoming less of a concern to an ever growing government. American spending exceeds revenue. This leads most patriotic-minded folks to point out that America’s best business minds are not at work in Washington.

What about 9/11? A lot of people still suspect that important information about the hijackers and about events surrounding the destruction of the buildings in NYC are being covered up by the government. No matter what side of that debate you fall, it’s difficult to deny after reading the 9/11 Commission Report that there were enough warning signs within CIA intelligence that the attacks should have been prevented.

Furthermore, the connections outlined by Michael Moore in Fahrenheit 9-11, between the Bush family and the oil-rich Saudi Royals, are a very troubling sign of the power of money and the lure of corruption high within the elite structures of the U.S. government.

The Human Toll of Corporate Pollution

BP led the headlines with their monumental oil spill until the US government put a ban on reporting the situation, exemplified by the case where ABC reporter Brian Hartman was turned away from the Oil Spill Command Center. The same type of media cover up continues with Japan’s nuclear situation to preserve the nuclear industry. Money means more than lives in these types of situations.

Natural Gas is having an environmental impact as well. Companies that extract natural gas using “Fracking” have caused a movement of people’s whose cancer rates have also skyrocketed and whose ground tap water is now flammable due to the practice.

Vaccinations have also gone untested in recent years causing doctors to voice concerns, linking Mercury used in the doses with Autism spectrum disorders. Big pharma is playing a larger role than ever before in our hospital policies (and television) making modern medicine better at treating symptoms rather than correcting problems at their source.

Wikileaks is seen as a beacon of light to the free world, but here in the US (home of free speech), the politicians exposed by Assange are literally suggesting that people murder him for printing what whistleblowers reveal.

Whether it’s the mass harvesting of the worlds resources, or the corruption and deceit of our policy makers, a revolution is coming sooner or later.

The good news is that grass roots movements have begun across the board. The bad news is that without the help of mainstream media, raising awareness for these issues is going to be a very slow process at best.

I was told a couple of years ago that America was indeed headed for a revolution, but only in about 50 years. Lately, I’m not so sure. I think it’s coming sooner in some way, shape or form.

The world is on fire, and revolution is in the air. I think a large subsection of the US population is fed up with accepting the “norm” at this point in our history, but I’m not so sure we are united enough at this point to make a lasting change.

Is America headed for a Revolution? I sincerely hope so, because at some point there will be nothing left of America to benefit from a revolution.

What do you think? Share your thoughts about the potential for an American revolution in the comments section below.