Is the Japan Radiation Plume a Global Health Concern? 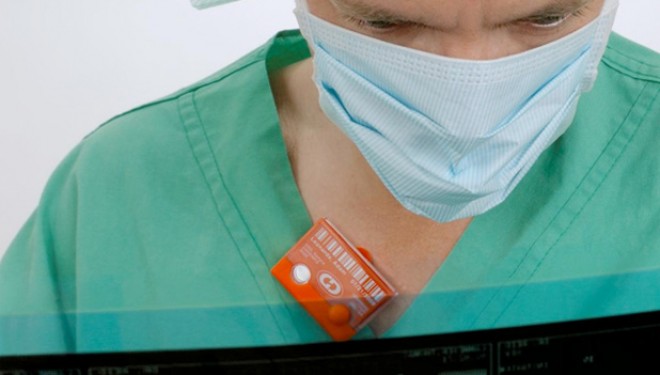 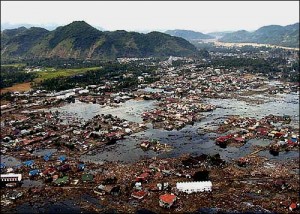 On March 11th, an earthquake measuring 9.0 on the Richter scale struck 24 kilometres beneath the sea, just off of Honshu Island.

The result was a monstrous tsunami that demolished parts of the eastern coast of Japan and placed tsunami warnings in 20 surrounding countries.

Between the extreme earthquake, the aftershocks, and the wall of water, the nuclear power plant at Fukushima was pummelled and shaken to the core. This caused a partial meltdown in multiple reactors, the production of a radiation plume, and a serious situation for Japan and its neighbours, including the US and Canada.

As of the 24th of March, this crisis has officially gone on for 2 weeks. Radiation has been spewing at unknown levels into the air, and Japan is in an obvious crisis. Some of the resounding questions are, “How bad is it?”, “Will the radiation affect North America?”, and “What should we do to prepare?”

An Insider’s Story About Japan Evacuation

A friend of mine named Romeo Therieault of Fort Kent, Maine recently evacuated his family from Japan just days after the emergency was announced. One of his fears after the initial breaking news was that very little information was available in Japan.

The evacuation perimeter continued to expand, but officials were staying tight lipped about the situation. He made an executive decision to remove his family from their dwelling just 2 hours south of Tokyo.

His feelings were that Japanese authorities did not want to evacuate the largest city in the world, because a mass exodus would throw the entire country into chaos.

From an insider’s point of view, most of the Japanese people do not believe their government’s reassurances that everything is going to be okay, but the hopes of reuniting with family, and their stoic culture, keep them rooted to the area.

In recent days, the city of Tokyo hasn’t received an evacuation order yet. However Austria, Bulgaria, Germany, Finland, Switzerland, Norway, Bangladesh have all moved their embassies to cities outside of Tokyo. The US is also considering a mandatory evacuation of all of its citizens from the Tokyo area.

Tokyo reported radioactive elements have been found in local milk and spinach supplies, but even more recently the radiation has found its way into the water supply, causing panic and shortages of bottled water city wide.

Cesium and Iodine levels were the initial concerns at the beginning of the crisis; however a new concern has arisen recently.

A neutron beam containing uranium and plutonium was recorded 13 times, by Tokyo Electric Power Company (TEPCO) at the beginning of the incident. TEPCO once again reassured the public that this new beam was within acceptable public safety levels.

The Spread of Radiation

The Norwegian Institute for Air Research states that unlike what our media has been telling us, they suspect that the Japan radiation plume is not dispersing as it approaches other countries. Bans on some food imports in the US and Canada have already been implemented.

Unlike Chernobyl, where the nuclear site was encased in concrete, Japan is still attempting to put their precious reactors back online. Some theorists believe that this is a move made to preserve an industry rather than to save lives.

“The release of two types of radioactive particles in the first 3-4 days of Japan’s nuclear crisis is estimated to have reached 20-50 percent of the amounts from Chernobyl in 10 days, an Austrian expert said on Wednesday.”

These numbers, although still unconfirmed, are certainly not what we have been hearing from our own media.

So, should we worry about this?

Personally, I think so. Radiation and the particles associated with it are cumulative, meaning once they attach themselves to your system, they do not leave. It’s not something you can stop ingesting and heal from like nicotine.

David Marquis, a radiological technologist at Northern Maine Medical Center in Fort Kent, Maine reported that radiologists wear badges that register radiation in doses as low as .0001 mrads (well below Fukushima and public acceptance levels) and that if they accumulate too many of these mrads throughout the course of a month they are asked to work less the following month.

This practice is watched and monitored with a keen eye and taken very seriously throughout the profession.

I have found that whenever I have ever had to take an x-ray, I’m given a lead vest and eye protection to wear to protect myself from adverse effects of a few seconds worth of radiation.

I feel that actions speak louder than words, and prefer to err on the side of caution when dealing with the unknown. These foundations make me believe that governments suggesting that their citizens take no extra precautions (US and Canada) are being irresponsible.

In addition, releasing very little specific information and airing media personalities who tell us that radiation is good for us (like Anne Coulter) is equally as careless.