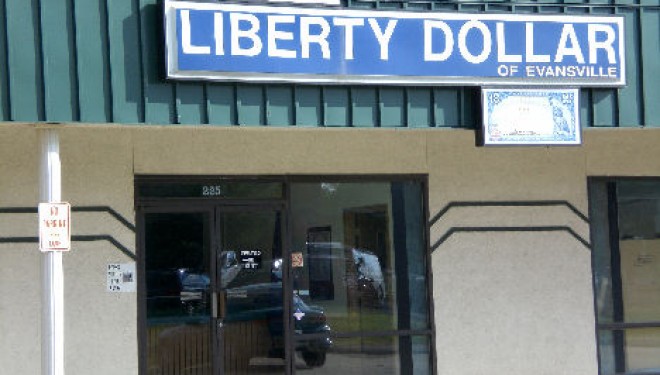 For many years, I’ve heard claims from conspiracy minded folks regarding the far-reaching power of the National Reserve, and the collective authority held by the bankers that run the Reserve.

I always viewed these opinions as far-fetched and ridiculous as most of the “New World Order” conspiracy theories out there always seem to be.

That is, however, until I learned that on March 18th, 2011, economics expert and mintmaster Bernard von NotHaus was convicted of “making, possessing, and selling his own coins.”

Last I checked, privately creating and selling coins was not a crime. Ever hear of the Franklin Mint?

For those that don’t know Bernard, he is an economics expert that worked 25 years for the Royal Hawaiian Mint. In 1974 he wrote an impressive paper on the value of currency called “To Know Value.” In 1997 he wrote “Free Market Currency,” which was essentially a mission statement to take on the Federal Reserve and its “zero-backed currency.”

Who is Bernard Von NotHaus?

His work and his ideas have been featured on The Learning Channel, Paul Harvey, and even Forbes Magazine. Not exactly the image of a criminal.

Yet, this month, a federal jury somehow managed to find Bernard guilty of breaking federal law by attempting to establish his own line of currency based on the market price of silver – known as the Liberty Dollar. Bernard responded after his conviction (he’s currently out on bond) with the following letter to supporters.

I sincerely regret to inform you that I was found guilty on all four counts regarding the Liberty Dollar in less than an hour on Friday, March 18. The only explanation is that a strong, anti-liberty person took control of a weak-willed jury and pushed the verdict through in record time in spite of well worded Jury Instructions. A government forfeiture hearing immediately followed the conviction. PLEASE NOTE: Your property is at risk so please continue to read these emails and take action so the government does not steal your property. An appeal is planned but that will take years. More news to follow. An unofficial, but most interesting account of the trial is available via Heather’s blog at:
http://www.liberty4free.com/Liberty%20Dollar%20Trial.htm
God help you and our country as American descends into a hellish hyperinflationary future without the benefits of the Liberty Dollar.
I am very sorry our efforts to return America to value failed.Thank you so much for your support. 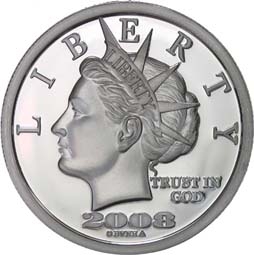 The Liberty Dollar was a sort of an open experiment to test how successful a currency could be if it was backed by a real commodity, such as precious metal. Bernard’s theory was that a currency backed by commodities would be more secure and less volatile because it would not be subject to the impact of any global financial crisis.

The beauty of Bernard’s privately minted currency was that unlike the “silver dollar” created in limited quantities by the U.S. government using varying degrees of silver (usually no more than 60% silver), the Liberty Dollar was an actual silver coin.

In fact, the beauty of the currency was that you could purchase Liberty Dollar certificates that represented a real amount of 0.9999 silver or gold, warehoused at the Liberty Dollar vaults.

As the FBI raid would later reveal, Bernard was true to his word, he maintained a storehouse with millions of dollars of gold and silver for users of his currency.

NORFED started in Evansville, Indiana as an educational non-profit. During his work in establishing the Royal Hawaiian Mint and pushing for sovereign currency for there, he was inspired to pursue a similar mint on Mainland United States. He retired from the Hawaiian Mint to do so.

The Growth of Commodity Currency and Barter

The popularity of Bernard’s idea led to a group of Americans joining together with him to establish NORFED.

The private mint opened operations on September 24th, 1998, and the precious metal-backed currency soon grew in popularity to the point where over $7 million dollars worth of the silver coins or “warehouse receipts” backed by the coins were in circulation throughout the United States.

In many communities, the currency was being used in exchange for goods and services. Many people were more than happy to do business with a person exchanging coins made of 0.9999 silver or gold, or even the warehouse receipts representing a certain value of those coins.

The entire commodity backed currency system was brilliantly built, and harkened back to the early days of America where valuable gold or silver coins were exchanged for goods or services.

It is a simple monetary system that many people can understand. Ask the laymen why a Federal Reserve dollar is worth anything and why its value fluctuates so much, and few of them will be able to tell you.

The War With the U.S. Mint

Due to the popularity of the Liberty Dollar commodity-based currency throughout the U.S. (becoming the single and only large competitor to the Federal Reserve), the U.S. Mint moved into action, issuing a warning in 2007 that “using Liberty Dollar Medallions as money is a crime.”

Bernard immediately spearheaded the response against the U.S. Mint by calling out its claim as outlandish in a supposedly free society that allows for a free market exchange of goods and services.

The claim that exchanging silver coins in a market transation would be illegal in the United States was absurd – the earliest colonial bartering transactions included gold and silver coins.

However, the claim by the U.S. Mint was a symbolic warning shot across the bow of NORFED’s ship, establishing the start of a quiet war most Americans remained ignorant about.

In effect, Bernard successfully established the first legal private mint based on real, valuable goods that people wanted to accept in real transactions. The coins have real value for people. The only thing missing in the transaction was government control, and as the war against Bernard waged, it became more apparent that that was really the core issue the government took offense to.

The popularity in the Liberty Dollar raised alarm bells for the Federal government, because instead of using Federal notes, more and more people were turning to using the silver coins sold and distributed by Bernard’s organization.

Another problem might have been Bernard’s strong stance against the flawed currency system of the Federal Reserve. On one website, his organization published the following strong statement about the Reserve.

“Even a casual look at the Fed’s history leads one to wonder how an institution that profits mightily from its own policies of victimizing Americans has maintained control over the money of the wealthiest nation on Earth. For those who have made a serious inquiry, the Federal Reserve is shadowed in deceptive origins and fraudulent policies.”

The real eye-opener in this case is the fact that the federal government felt that it was in their right to raid Liberty Dollar warehouses in 2007 and essentially steal (they use the term “confiscate”) the gold, silver and currency housed there.

The coins stolen by the Feds represent about 16,000 pounds of coins and precious metals.

Remember, this is gold and silver owned by Americans that hold a “warehouse receipt” as evidence that they own it. Essentially, the FBI stole over $7 million from thousands of Americans.

The trial regarding whether these coins should be forfeited to the government will take place on April 4th in a Statesville, NC federal court.

In the month after the 2007 raid, U.S. Representative Ron Paul took a strong stance against this action against the U.S. Constitution by introducing “Free Competition in Currency Act of 2007”. In doing so, he commented:

“One particular egregious recent example is that of the Liberty Dollar, in which federal agents seized millions of dollars worth of private currency held by a private mint on behalf of thousands of people across the country …. We stand on the precipice of an unprecedented monetary collapse, and as a result many people have begun to look for alternatives to the dollar …. I believe that the American people should be free to choose the type of currency they prefer to use. “

That statement from an elected official is refreshing, but terribly troubling is the recent comment made by U.S. Atterney Tompkins this year after Bernard was convicted in federal court.

“Attempts to undermine the legitimate currency of this country are simply a unique form of domestic terrorism. While these forms of anti-government activities do not involve violence, they are every bit as insidious and represent a clear and present danger to the economic stability of this country. We are determined to meet these threats through infiltration, disruption, and dismantling of organizations which seek to challenge the legitimacy of our democratic form of government.”

I do have to say, that as a patriotic American that would submit his life to the protection of the Constitution and to the democratic form of government, I find Tompkin’s use of the term “domestic terrorism” to be an abhorrent and disgusting in connection to this case, and completely inappropriate.

One thing that the persecution of Bernard von NotHaus under current Federal law will show is that not only the law used to convict him is unconstitutional, but the case will hopefully reveal to Americans that the private U.S. Federal Reserve and its stranglehold over the American right to free trade and a free market is the true “terrorist threat” to the national security and to the liberty of this country.

I urge all Americans to take a stand against this injustice. The law used to convict Bernard should be dismantled, and the private property of the Liberty Dollar organization should be returned to the rightful owners – a large number of American citizens.

“This is the shabby secret of the welfare statists’ tirades against gold. Deficit spending is simply a scheme for the ‘hidden’ confiscation of wealth. Gold stands in the way of this insidious process. It stands as a protector of property rights.” – Alan Greenspan; “Gold and Economic Freedom”

The truth of the matter is, if the health and security of the U.S. financial system relies exclusively upon a single privately-run currency, then not only are we facing a terrible monopoly, but America is also facing it’s most significant threat of this generation.

No free market economy should be built upon and controlled by a single value-less currency. In an uncertain world, the certainty of gold and silver, or similar commodities that have retained or almost always increased in value over time, should be used as the core foundation for the American economy.

Only then can we be certain that the national security of our nation is truly protected.

The effort involved in moving from a single currency system to one of multiple competing currencies and a free market system may involve some growing pains, but it is an evolution of our economy that every patriotic American should support.

To the FBI: Return the gold and silver to its rightful owners – the American people. The federal government is NOT the rightful owner.