The Lost City of Atlantis Discovered Near Spain 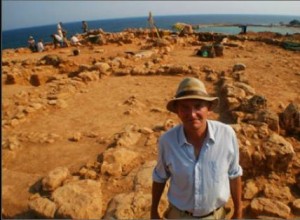 This month, a Connecticut scientist by the name of Richard Freund, and his research team, claimed that they’ve finally discovered the fabled city of Atlantis that supposedly plunged into the ocean so long ago.

After recently seeing the type of destruction earthquakes and tsunami combinations can bring to civilized nations such as Thailand and more recently, Japan, it’s not an incredible notion to believe that Mother Nature can send an entire city like the Lost City of Atlantis to an underwater tomb.

Atlantis’ demise was described in the ‘Dialogues’ of Plato, written in approximately 360 BC.  Plato described the end of Atlantis and says, “in a single day and night … disappeared in the depths of the sea.”

A tsunami which swept 60 miles inland swallowed Atlantis, and likely many other coastal cities whole.  Japan’s tsunami only came in 8kms inland for scale purposes.

Atlantis was believed to have been built near a fault line similar to California’s.  After a strong earthquake a tsunami followed and after everything was said and done plates shifted, and the land slid off a shelf and into the depths of a muddy sea.  Atlantis’ existence has been debated for centuries, and thought not to exist until modern times.

The Long Search for Atlantis

Even the Nazi’s explored Tibet for Atlantis, in search of an Aryan Nordic super race.  They believed the people of Atlantis were prime examples of the perfect European, and were also rumored to command several advanced technologies.

Several theories about the location of Atlantis have surfaced, including Caribbean and American locations, but none have ever produced actual evidence of Atlantis’ existence.  The newly proposed site lies in the muddy marshes of Doñana located just north of Cadiz, Spain.

Richard Freund, a professor at the University of Hartford in Connecticut, leads an international team of researchers and archaeologists.  Depending on solid evidence in excavation findings, this team may soon be officially responsible for the real discovery of Atlantis. 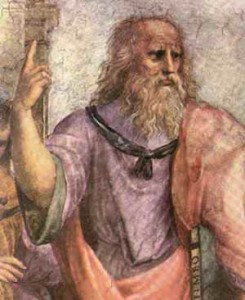 Freund and his team made their discovery by beginning with some of the oldest documentation of the city’s existence –  the “Dialogue’s” of Plato.

Using Plato’s historical writings and translating them literally, the team theorized that Atlantis may have been pulled out to sea rather than sinking straight down.  Further information to support this theory was found in what can be called “memorial sites” found in surrounding cities.

The sites are believed to have been created by Atlanteans who survived the cataclysm, or were absent when catastrophe struck and made their homes on the mainland.  Plato describes the city’s historical location “as an island across from the Straits of Haracles.”   Using Plato’s historical geographical location, the team speculated that Plato most likely meant the Straits of Gibraltar we know today.

Paul Bauman, a Calgary Alberta based Geophysicist, helped with “non-invasive archaeology.  He and his team used electrical resistivity tomography, which allows them to see solid structures underground without disturbing the soil.  The site holds ring formations surrounding what appears to be a manmade island in the center.

Core samples were taken from 13.5 meters into the silt and wood fragments taken for testing.  Carbon dating of the samples has placed them at approximately 4,000 years old.  All of this information seems to coincide with the timeline, and Plato’s description of Atlantis.    Freunds discovery was first highlighted in a National geographic documentary called “Finding Atlantis”.

This discovery also has its own share of critics as well.  Anthropologist Juan Villarias-Robles stated that Professor Freund appeared to have sensationalized his work.  Villarias claims to have conflicting data of his own to be released later in 2011, pending his own research in the wetlands near Doñana.

Until someone can produce undeniable scientific evidence, it’s still a race to not only prove Atlantis’ existence, but to end the debate as to its location.

The site is located in a Coto Doñana National Park and is protected from development; however there are “leagues” of unanswered questions that may allow its excavation.  The Spanish government, or perhaps the next great catastrophe, will decide the fate of the latest proposed Atlantis theory.