The Many Failed Edgar Cayce Prophecies 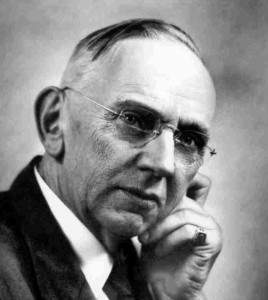 Every day for more than 40 years, the Sleeping Prophet Edgar Cayce would put himself in a trance. While in this trance, he would then “predict” the future from his subconscious.

He did not just predict the future, but Edgar Cayce’s prophecies revealed information on a wide variety of subjects. These subjects included ancient history, religion, and even health care. It is estimated that Edgar Cayce made over 21,000 predictions in his lifetime.

Even today, more than 65 years after Cayce’s death, his believers still exist. There are Edgar Cayce Centers located around the world.

It is at one of these centers, Edgar Cayce’s Association for Research and Enlightenment in Virginia Beach, where anyone interested can read more than 14,000 of his readings that were preserved during his lifetime.

He is often proclaimed as a miracle worker, prophet, and even America’s most successful clairvoyant; however, Edgar Cayce’s predictions were wrong more often than they were correct. Below are just a few of those failed Edgar Cayce prophecies.

In one of Cayce’s earlier predictions, he stated that 1933 would be a good year. This prediction was way off base.

In 1933, Adolf Hitler was appointed Chancellor of Germany. Shortly after this appointment, he dissolved the German parliament, which marked the beginning of the Nazi rampage throughout Germany and across Europe.

In the U.S., the Great Depression was in full swing when the global economy hit rock bottom in 1933.

The Lost City of Atlantis

Cayce was actually very fond of the subject of Atlantis, and made quite a few predictions about the lost city. Most of these predictions were way off base.

Even, if you take the most recent claim of the discovery of Atlantis into consideration; Cayce was still 42 years and 4,000 miles off.

The Lost State of California 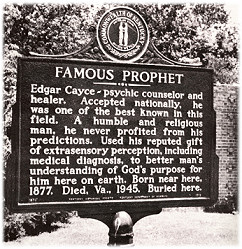 Just as Atlantis supposedly sank into the ocean, so would California.

While in his self-induced tranced, Cayce predicted that Armageddon would come in 1999. Obviously, Armageddon never came. 1999 did have its share of disasters, natural and political, but nothing on the scale of Armageddon.

Just as in his other predictions, Cayce missed the mark. Buddhism remains the most popular single religion in China since its introduction in the 1st century. Nearly 30% of the country is Buddhist. The number of Christians pale in comparison. Even today, Christians only make up 3 to 4% of the Chinese population.

Believers Have No Need for Evidence

Out of the thousands upon thousands Edgar Cayce’s prophecies, only 40% can be considered remotely correct, and even that percentage is open to debate. The other 60% were either too vague to interpret, multiple-intent, or just plain wrong.

Just as Cayce was not concerned with critics and skeptics, neither are his modern-day followers. When questioned about flawed or incorrect predictions, modern-day believers simply reply back with a quote from Cayce himself.

“Prophecy is never given for any other purpose than as a warning. For this reason, a successful prophecy is one that has been averted and therefore does not happen.”

This also means that a successful prophet is one that you can never successfully prove is a fraud, no matter how many times they get it wrong.