This is a popular treasure legend and, like all stories that have been around for more than a minute, there are many different versions.

It includes Jesuits, mines, unrest among the locals, a former pirate, a famous black soldier, and large, special bells.

The basic storyline goes that Tayopa was first discovered in the early 1600s in what is now called Sonora, near the headwaters of the Yaqui river, by Spanish soldiers and padres on a prospecting and evangelical mission.

For those of you unfamiliar with the Spanish expeditions in the New World, this military/mining/evangelism mix was pretty standard at that time.

17 very rich mines in one valley became known as “Tayopa”. Church records in one of the towns, Guadalupe de Tayopa, indicate that people were marrying and burying until the mid-1600s when the village was evacuated.

The most likely cause for the people leaving was an Apache uprising, although pressure on the Jesuits to give some or all of their riches might have been a factor, too.

There are far too many players in the Tayopa tale to include in this column. Instead, I will introduce you to a few colorful characters.

In 1842, the Irish pirate, mercenary, and mountain man James Kirker and Captain James Hobbs led a party of bounty hunters, including seventy Shawnee warriors, against a band of Apaches.

After chasing the Apaches up to the headwaters of the Yaqui River, they found the ruins of a mining town that might have been Tayopa. According to Hobbs:

“In wonderfully rich country we found some ancient ruins, the cement walls and foundation stones of a church and a lignum vitae cross, which seemed as sound as it had ever been. We also found remains of a smelting furnace… and some drops of silver and copper. From the appearance of the ruins, it seemed as if there had been a considerable town there. The lake was the headwater of the river Yaqui… Beside the remains of the furnaces, we saw old mine shafts that had been worked, apparently long before.” 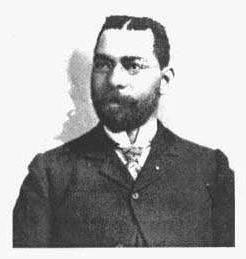 Henry O. Flipper, the first black graduate of West Point, found his way into the Tayopa story as well.

After serving in Fort Sill, Fort Elliott, Fort Concho, and Fort Davis, he was dismissed from the military on arguably questionable charges (later receiving an honorable discharge).

Following the end of his time in the Army, he translated Spanish documents into English and surveyed land grants for the U.S. Department of Justice as a special agent.

After that, he accepted a job as resident engineer for a mining company and took up residence in Ocampo, Mexico. It is that point when he became involved with Tayopa.

In 1909, he wrote that Jesuit priests came into the area to reestablish parishes, and one town had four priests: a significant allocation of resources.

Also, miners in the Yaqui Valley claimed that they had found Tayopa. However, the Mexican Revolution emerged in 1910, spoiling mining efforts and inspiring Flipper to find new work.

Later, in Spain, he found directions to Tayopa that he was not able to follow. This is a classic treasure direction involving a view from a certain place on a certain date:

On the 7th day of March stand on the summit of Cerrro de la Campana, near the Villa de la Concepcion, and look at the sun as it sets. It will be setting directly over Tayopa. Travel eight days from Cerro de la Campana toward the sunset of March 7th and you will come to Tayopa.

Something else was found by Flipper: a list written in 1646 by a priest detailing the inventory at mining camp Real of Our Lady of Guadalupe of Tayopa.

It included a 40 pound cross made of hammered gold, silver chalices, gold plates and cups, 65 cargas (packloads) of silver packed in cow hide bags totaling 99 arrobas (roughly 2,500 pounds), and many other items any one of which could make a person very set for cash, even now.

All of these are written to have been cast in 1603 by the Right Reverend Father Ignacio Maria de Retana.

How could wealth-producing mines just disappear? Again, as with so much history, it’s up for speculation.

Under Spanish law, it was illegal for priests to own and operate mines, and there were tensions between the crown and Jesuit interests in Mexico. So, it’s not hard to see that the Jesuits might have wished to keep this hard to find if they had to leave.

Remember, too, that these were far-flung hinterlands, in the days without easily-obtainable information or satellite maps.

Whatever inspired them to leave, it is possible that they filled the mines and razed the buildings with hopes to return another, more welcome day to reclaim their mines.

Well, I think that’s about enough for now. See you in a coupla weeks.

Next Time:  Hunting for the Tayopa Treasure with “The Man Who Brings ‘Em Back Alive'”