The Hidden Truth About Fluoride Danger in American Water 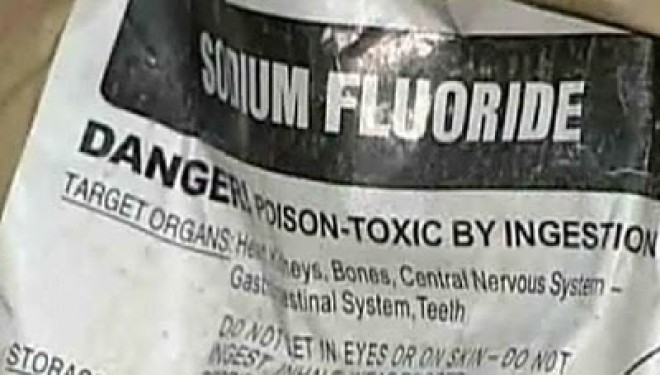 You are instructed to brush your teeth with fluoridated toothpaste, and then to spit it out into the sink. Youths are given the same fluoride danger instructions in some of the many fluoride programs currently operating in schools.

The directors, nurses and teachers that are sometimes forced to run fluoride programs are also instructed to watch for students who swallow their fluoride. In an instance where a child repeatedly swallows the fluoride that child is no longer given the rinse.

The fluoride we’re fed in our tap water is listed on Wikipedia as a toxic waste product of the phosphate fertilizer industry. The best argument I’ve found for Fluoride so far is that it works topically and helps prevent cavities. So why is it put into our public drinking water to flow right past our teeth and into our bodies?

The practice of public water fluoridation began in 1945 when H. Trendley Dean found that 1mg/L of fluoride seemed to reduce cavities. The same studies found that fluoridation also caused fluorosis, although the medical community at the time concluded that fluorosis posed no medical danger.

The Spread and Uses of Flouridation

Grand Rapids Michigan became the first community to receive the treated water in an experiment that has lasted over 50 years. The exercise has since become a U.S. Public Health policy and continued to spread across the continent and into other parts of the world.

Fluoride was also used up until the 70’s as a medication added to bathwater to suppress the thyroid, meaning that it’s topical effects do not apply only to teeth, it is also easily absorbed through the skin as well.

Another important aspect to discuss is the problem of dosage. Since fluoridation is taking place nationwide, that puts fluoride not only into our water supply, but also into most processed foods and beverages that use tap water in their processes.

These are all additional sources of fluoride that were not originally ingested when this movement began in 1945.

Fluoride Dosages in the Water 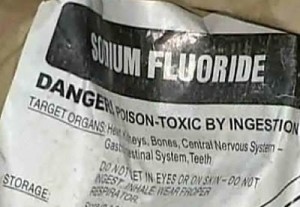 In fact, fluoridated toothpaste was not widely available when the movement began. Generally speaking, when you introduce a toxin, even in the form of medication, a doctor bases his decision to prescribe that medication on 2 variables. Specific need and body weight.

These attributes are not taken into account in public fluoridation and judging fluoride danger.

A construction worker or cook labouring in the heat all summer will consume mass amounts of water, and consequently fluoride, during a typical work day. An office worker in air conditioned surroundings on the other hand will consume much less water. No one is monitoring the daily dosage of fluoride that people are consuming.

A majority of the population should be avoiding fluoride to begin with including, but not limited to, diabetics, dialysis patients, people with thyroid disorders, newborns, pregnant women, and anyone already displaying the effects of fluorosis.

The National Kidney Foundation has revoked its backing of water fluoridation due to research that shows fluoride’s damaging effect on kidneys when ingested.

In November of 2006 even dentists had to stop recommending using fluoride in infant formula. And the US has recently suggested reducing the levels of fluoride in drinking water – yet supposedly it’s all totally harmless.

Somewhere we have conflicting science and public policy that seriously needs to be addressed.

Dentists are the largest supporters of fluoridation, yet they know firsthand that when ingested, it builds up in our bodies and is the leading cause of dental fluorosis. The US CDC has reported a 9% increase in dental fluorosis since 1987, in a range of cases from mild to severe.

The dental industry tends not to recognize severe cases, which represent 3% of all cases in the US. Fluorosis is not only a dental affliction, but a bio-marker for what is going on inside your body, predominantly with the skeletal system.

Some high school sports programs are screening for dental fluorosis, as it can be an indicator for weaker bones. Dental fluorosis also happens to be mostly “curable” through costly cosmetic dental procedures. This all seems slightly reminiscent of the childhood story we all hear about the dentist that invented cotton candy.

Outside of the US in China, an astounding 24th study showing that fluoride affects intelligence levels in children was released recently.

“About 28% of the children in the low-fluoride area scored as bright, normal or higher intelligence compared to only 8% in the “high” fluoride area of Wamaio.”

This study also showed links to increased rates of mental retardation in children by up to 15%. Hundreds of studies already in existance show fluoride causes brain damage in animals. The estimated lethal dose of fluoride is 5mg/kg of body weight. Receiving that dose of fluoride can make you very sick and can even kill some individuals.

Something else you may not know is that every tube of fluoridated toothpaste sold in America has enough fluoride in it to sufficiently poison and possibly kill someone; hence, the warnings and poison control labels that usually accompany them.

Don’t take my word for it. Do an experiment on your own. Call your local dump or waste disposal site and ask them if you can drop off some sodium fluoride. You’ll be shocked to find that it’s perfectly safe for human consumption, but so toxic that most chemical disposal sites won’t even touch it with a 20 foot pole.

I fear that this practice has gone on for far too long, using science from an era that allowed us to smoke in a doctor’s office and assured us that smoking did not cause cancer.