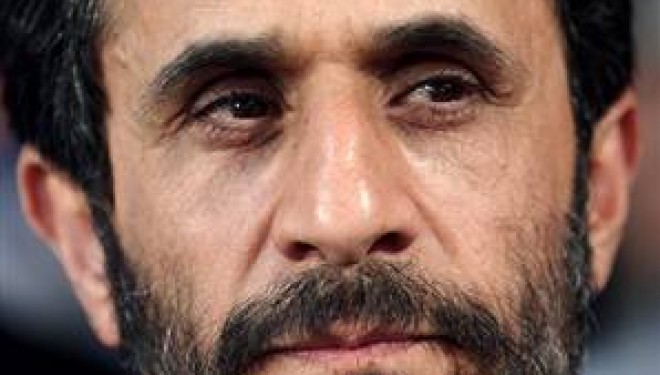 Earlier this month, we covered a story that much of the western media seems to be ignoring for the time being – the plight of MEK Iranian dissidents and Camp Ashraf in Iraq.

On May 19th, Obama listed his Middle East vision.

On the same day, a number of former U.S. officials immediately urged Obama to remove the status of the MEK – Iran’s core opposition group – from the U.S. terror list. They say that the presence of the MEK on the terror list does not match the reality of the group today, and it feeds Iranian propaganda techniques to demonize the group and encourage Iraqi attacks.

The U.S. is the reason they are unarmed, so it falls on the U.S. to make sure they are properly protected.

Understanding the History of the MEK

If you’ve never heard of the MEK or Camp Ashraf, I highly recommend that you read that report – which details the massacre of unarmed residents by the Iraqi government, and encouraged by the Iranian regime.

Camp Ashraf, which is about 100 kilometers from the Iranian border, is where just over 3000 of the Mujahedin-e Kahlq live. For years, the MEK was one of the most militant and aggressive forces, battling against the Iranian regime both militantly and in ideology.

The group started in 1965 as Iranian college students gathered together and developed an Islamic Marxist ideology, countering the Shah of Iran. At the same time, they also stood against capitalism and imperialism. After the 1979 Iranian Revolution, the MEK sided with Ayatollah Khomeini, and according to many media reports, the MEK “endorsed the taking of American embassy personnel as hostages.”

Upon the launch of the Iran-Iraq war, the group found refuge in Iraq – it’s core ally against Iran. From Iraq, the group gathered strength and launched many militant attacks against Iran. Many of these attacks were quite deadly, including the death of Brigadier-General Ali Sayad Shirazi in 1999. It is easy to see why Iran fears the group today, and wants to encourage its destruction.

U.S. Protection of the MEK

Upon the U.S. led invasion of Iraq and the ousting of Saddam, the anti-Iranian group found itself in a difficult predicament. With the toppling of the Iraqi regime, its core protections were gone.

The group, more than three decades after the U.S. embassy attack, decided to surrender to incoming U.S. forces and to willingly disarm, in exchange for protection under the U.S. military force.

Since the U.S. has been in Iraq, the anti-Iranian group has not only been protected from attack under the U.S. military presence, but there are also reports that there have been collaborative U.S.-MEK projects conducted in that region of the country.

The group has cooperated and collaborated with Americans after giving up their arms and military hardware. The U.S. granted the group legal protection status under the 2003 Geneva Convention. Clearly, the group is no longer a terrorist threat. They only pose an existing ideological threat to the dictatorship regime of Iran.

The Current Crisis for the MEK in Iraq

As the United States attempts to withdraw from Iraq and hand over more control to the new Iraqi military, Iran is ramping up efforts to influence the future of Iraq and how the MEK is dealt with by the Iraqi government. In a diplomatic effort to get along with its long-time neighbor, the current Iraqi government has caved in to Iranian pressures regarding the MEK.

General David Petraeus told U.S. media that the U.S. turned over responsibility for the protection of Camp Ashraf to the new Iraqi military, with the general understanding that Iraq will continue to protect Camp Ashraf residents under the Geneva Convention protections.

So far, acting illegally against those protections, and under the encouragement and support of the Iranian government, the Iraqi military has attacked and massacred unarmed residents at the camp in at least two military attacks so far.

The Iran Ideological War Against America

The situation is tragic, and it represents a serious concern for America how seriously its promises are taken throughout the world. It also represents one of the most critical fronts in the U.S.-Iran ideological war in the Middle East. By framing the MEK situation as an issue of terror, the Iranian government can justify encouraging continued attacks against the camp, in the hope of wiping out the single most powerful remaining ideological group standing against the current Iranian regime.

The MEK listing on the U.S. terror list provides ammunition for Iran to issue propaganda against the group. It also allows Iran to portray any American attempts to continue protecting the group as hypocritical – as the U.S. protecting a terrorist organization.

However, the reality is that the group has not been militant for many years, and its Geneva Convention protections alone stand in stark contrast against its listing on the U.S. terror list. Clearly, the terror list is invalid, and needs to be updated to reflect the reality on the ground.

In the Iraqi attacks, MKO residents were shot at by soldiers, and they were run down with vehicles. These attacks represent one of the worst human rights failures in Iraq, and silence from the Obama administration on the matter is unacceptable. The administration needs to make a move to remove the group from the terror list, and pressure the Iraqi government to follow the Geneva Convention protections, or face repercussions from the U.S.

After the President’s recent policy speech, General Shelton issued a statement about one area of policy that Obama needs to address immediately.

“Our own State Department [is party] to the inhumane treatment of MEK members [in Camp Ashraf] because in spite of numerous recommendations it has received from very prominent Americans to take the MEK off the FTO list, it continues to slow roll that issue. By keeping the MEK on the list we, in fact, weaken the support of the most vital organization that could bring about change internal to Iran.”

In other words, if the President truly stands in support of the Arab spring, then the administration needs to stand in support of one of the strongest groups that can encourage very real change inside Iran.

Secretary Ridge, head of Homeland Security from 2003 to 2005 also issued a statement:

“The silence in face of the brutal retaliation against Iranian dissidents at Camp Ashraf in 2009 and 2011 is certainly inconsistent and one might argue hypocritical, given the administration’s public support for the dissidents, the resistance and the protestors in Tunisia, Libya, Egypt and Syria.”

Ambassador Dailey made one of the most convincing statements for the removal of the MEK from the list:

“Careful prudent and thought-out support to the organized, effective, and ever present opposition in Iran, the MEK, is essential. Camp Ashraf has been attacked twice as they had no weapons. They just locked their arms, ten killed the first time; 35 killed the second time. Clearly, this shows no intent and no capability to conduct terrorist activities. Currently, U.S. diplomats are recommending an internal relocation of the MEK and the Camp Ashraf residents. This will allow Iraq to continue to harass the residents with the eventual elimination of all the residents. This is totally unacceptable and should not be part of the U.S. foreign policy.”

However, one of the most convincing arguments for the delisting of MEK and the ramp-up of U.S. effort to protect residents of Ashraf comes from Colonel Morsch, who actually served at Ashraf, met with residents and saw the reality on the ground for himself. He told reporters:

“Let’s stop the siege of Ashraf. Let’s allow doctors and nurses to go in there. Let’s ask the UNAMI to go in and to protect the people of Ashraf. Let’s delist the MEK. They are part of that spring awakening, except they started many, many springs ago. And the rest of the world is just catching on.”

The residents of Camp Ashraf in Iraq represent an ideology that is at the very core of the Arab Spring – the courage to stand against an overpowering and intimidating dictatorship. Regardless of political ideologies the group may have had in the past, the core ideal that it stands for today is the concept of fighting against dictatorships.

As the rest of the Arab world finds its voice, its courage and its power-in-numbers, the United States needs to protect and support this anti-Iranian group that was one of the first groups to ever make a stand against such a dictatorship three decades ago.

President Obama – protect the unarmed residents of Camp Ashraf and remove the group from the U.S. terror list. Let’s let the list reflect fact, evidence and reality – and prevent Iran from distributing further lies, fallacies and propaganda against the group.