Hunting for the Tayopa Treasure 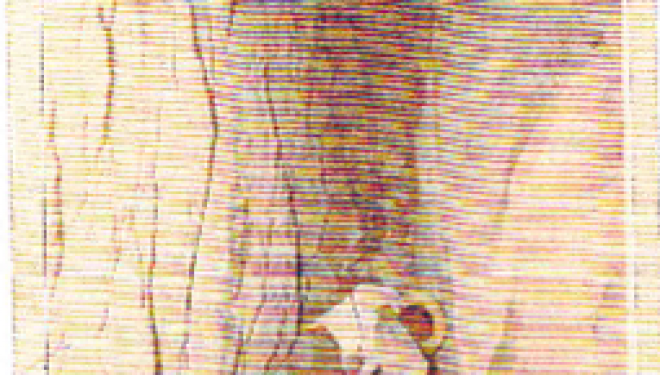 Who doesn’t enjoy fantasizing about 16 tons of gold and silver supposedly still waiting to be found, especially these days when gold is over $1,500 an ounce?

In last edition of The Tayopa Treasure, we looked at a few of the many stories around the legend of Tayopa that continue to hold the attention of treasure seekers and readers hundreds of years after its disappearance.

This week, we will go on two expeditions led by my father, Ray Dorr, and see that the danger and adventure associated with the legend of Tayopa continues.

There’s Something Out There

In an earlier article, I mentioned Ray’s saying, “It isn’t the gold that I wanted so much as just finding the gold.” It’s a great insight to remember: keep perspective and enjoy the ride, because chances are low that you’re coming back rich.

Something else Ray has told me often as I headed off to locations all over the world: “There’s something out there. Go and find it.”

Some people say that there can’t be any treasures left or that there are no longer any new places to discover.

Whenever I read about something being found that you think would have been discovered by now, I always feel a sense of hope. If something like that was just found, who knows what else might be waiting?

One recent example is the discovery of 657 islands reported in the Christian Science Monitor and picked up around the world. If it took until now to find 657 entire islands, chances are good that there are many smaller items, like treasure troves, that do still exist and await discovery. Maybe even Tayopa.

Ray spent time in northern Mexico searching out legends. While leading a group of adventurers, Ray was approached by a cowboy who had ridden over a day to meet him, because Dad was the only gringo who kept returning to that part of the backcountry.

The cowboy told him of a discovery he had made in that Tayopa region and that he and some men in the area needed his help to try to get at what could be a treasure.

Ray listened to the cowboy and then continued on.

The group included his guide Eliazar and one other local man. This man had already killed a man with his bare hands and was, it turned out, ready to cause more trouble.

The site was some distance away, near the tiny village of Tarachi and required several days to reach by horseback.

The evening of their arrival, the group was enjoying talking with villagers in one of the small adobe houses, when the door burst open and in came three federales – federal soldiers – aiming rifles at them.

A young lieutenant barked questions, apparently in pursuit of an escaped convict and convinced that they had something to do with it.

Outside, after the soldiers’ rough entry, the local man Dad had hired was starting to cause trouble. He said that the soldiers would take Ray into custody and was trying to convince a resistant Eliazar to shoot the soldier holding the horses while he shot the three in the building with Ray.

They would all then grab my Dad, ride off into the backcountry, and disappear.

Soon, Dad had made friends with the lieutenant. They were chatting amicably, and the soldier even offered to escort Ray into a very remote area only reachable with an authority’s permission. They could hear the argument growing outside and, luckily, Ray calmed everyone down before anyone got hurt.

Treasure adventures can make for some dicey situations.

In 1968, author Warren Smith declared Ray Dorr as “The Man Who brings You Back Alive” in a chapter about Ray in his book “Finders Keepers”…and it’s true. Ray never lost anyone on one of his expeditions. He is a painstaking organizer, a skilled outdoorsman, and is highly versed in U.S. western history as well as Latin American and U.S. treasure legends.

There was one expedition, however, where Dad almost didn’t live up to his name.

Much of treasure, lost civilization, and legend exploration has to do with bookwork. Our dining room table was often the repository of stacks of papers, as Dad pored over history books and compared them to maps and other information.

Tayopa is a classic tale, with clues of how you need to line up physical features on the land in order to find its location. It was at that dining room table that Dad pieced together a series of connections that pointed to the site the cowboy had talked about, deep in the Sierra Madre Occidental of Mexico.

The cowboy had told Dad that, while chasing a steer through the brush on a ridge, his horse had fallen a few feet into a hole that was filled with rocks: an unusual find in that locale.

Ray found out that the site was located between two mineralized districts, and was not far from an old Spanish road that could have been used to transport gold and silver to hide in the event of insurrection or other emergencies.

It was possible that Spaniards placed treasure in the deep hole and filled it with rocks to act as a kind of primitive bank account, keeping it safe until their return. It made sense. The Tayopa mines were smelting large amounts of their own gold, and pack trains could only take so much each time. All of this made for an excellent treasure site, so Ray set about preparing an expedition.

Ray would need to bring in much of what they would use to excavate this site. This would be a significant expedition and required planning, time, and money. After many months of preparation, Ray was ready to go after it, and soon a long line of mules and horses was winding its way across rough Mexican backcountry, toward what might be a fortune underground.

Landmarks were checked and followed, the site found, camp set up, and a winch placed over the large hole in the ground filled with rocks and earth.

The digging started, and things looked good as they found more and more of the old timbers placed by the Spaniards. Progress continued well…too well. That’s when Ray would face his own demons and have to make a life-or-death decision.

Next time: The Lure of Gold