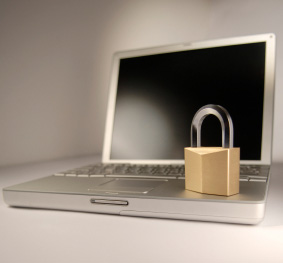 A survey conducted by the Unisys Security Index on May 4th revealed that the top growing security concerns that Americans have is Internet security and personal privacy.

The latest survey saw a record increase in overall security concern among Americans, 35 percent higher than the August 2010 survey, leading researchers to label the concern level as “serious.”

The survey also revealed that Americans have a love/hate relationship with WikiLeaks, the organization headed by Julian Assange that continues to release sensitive, and sometimes classified information about the political and military actions of the U.S. and other governments around the world.

Most Americans – 73 percent of those surveyed – felt that the U.S. government (or any other government) couldn’t really prevent data leaks.

One explanation for the apparent conflict may be that while Americans prefer an open and transparent government, they also don’t like the idea of a foreign entity releasing sensitive information that could negatively impact the national security of the United States.

In other words, while Americans prefer openness and accountability, they also prefer a balanced and responsible approach to releasing sensitive information.

Other areas that the survey noted high concern among Americans included the vulnerability of infrastructure and power facilities, airplane and airport security, mass transit security, the security of incoming cargo, and the safety of large public gatherings. 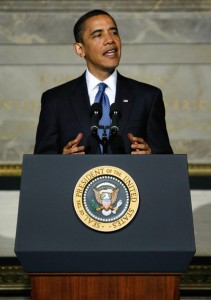 With the Unisys survey results in hand, I decided to review President Obama’s National Security Strategy to see if it aligned with areas that the American Public are most concerned about.

According to this document, the top areas where the Administration is focusing U.S. resources and capabilities include each of the following.

These four core areas of the Obama Administration’s National Security Strategy almost perfectly align with the primary security concerns expressed by Americans that were polled by Unisys.

The item describing digital and communications infrastructure is identified as a top concern by the survey. In this area, the Administration’s strategy has this to say:

“The United States is an increasingly digital nation where the strength and vitality of our economy, infrastructure, public safety, and national security have been built on the foundation of cyberspace. Despite all of our efforts, our global digital infrastructure, based largely upon the Internet, is not secure or resilient enough today and future purposes. Effectively protecting cyberspace requires strong vision and leadership and will require changes in policy, technology, education, and perhaps law.”

Whether each area of the Security Strategy is successful or not is debatable, but after the eradication of Osama Bin Laden, the leader of the al Qaeda terrorist group, one thing that is for certain is that in the area of battling terrorism, America is certainly getting its money’s worth.