The Lure of Gold 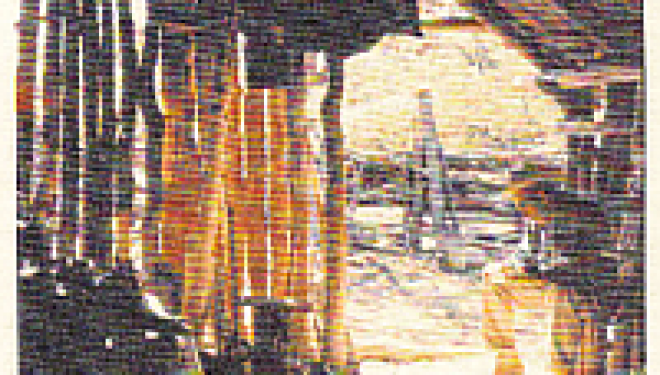 Last time, you and I traveled to a site in Mexico that Ray Dorr was excavating in search of the legendary Tayopa treasure.

We watched as the mules and horses were unloaded, a camp was set up, and a winch put in place above the archaic mine filled with rubble. The men had begun digging, and all was looking good for this being a lucrative treasure cache.

Ray and his crew were making good progress digging out the mine. A series of indentions carved into the rock faces appeared as they dug, placed centuries ago for support or ladders.

So much effort to fill in the hole pointed to something good at the bottom. Conquistadores weren’t interested in filling holes in the ground in the mountains to keep someone from falling into them, of that you can be certain.

The day of reckoning came 20 days into the dig. The holes in the rock sides had gone from three rows near the top to two, and then down to one row –  indicating that they might be reaching the bottom.

They had reached 50 feet, and all minds were filled with images of riches beyond the dreams of avarice. In other words, lots of money.

Every man could see his own piles of gold and silver carpeting his new mansion. Digging, cutting logs, and fitting braces filled their days. The intensity of the work had risen to a fevered pitch for any man in the hole.

More than likely, alliances and secret plans were also considered when out of the hole.

Around mid-day, Ray was the man digging, as focused as the rest. Down in that gap in the earth, he pulled at rocks slavishly trying to move more of them faster. Trying to get at the gold. Tasting it. Obsessed by it.

Ray was hunched over his work when he saw the entire rock wall in front of him shove forward an inch or two. The excavation was coming apart.

He looked at the man above him who had been taking the rocks and placing them in the bucket. The man slapped his hands together and said, “Ray, you will be like a tortilla.”

It was then that Dad realized he had made the huge mistake of letting gold fever take over control of his judgment. At that moment, he realized he’d better get out, and scrambled out of the hole along with the other man.

I don’t know how the crew reacted when Dad told them it was time to pack up. I don’t know what the ride back was like or even if some of those men went back on their own to find the treasure or get buried alive. What I do know is that Ray watched his life almost snuff out under tons of rock, and he knew that gold had made him go too far. He was never going to do that again.

Luckily for me, Dad made that decision.

He came home to help raise four kids, give each of us great lives, and continue having us join him on his adventures. I got to play in the foundations of what was probably one of the Tayopa sites, and have my Dad there with me, too. The best of both worlds.

Another trip to the Tayopa area years later found Dad and I in the Mexican backcountry once again. This time, we were leading an expedition of “graduates” from the outdoor survival courses Dad used to run.

Well, I should say, Dad was leading and I was, as he called it, “Segundo.” (Second)

On that trip, we encountered one of the most horrific events known to mankind: no coffee.

Our group was in a group of vehicles making their way up into the hinterland. Every time we stopped at a town, I moved from truck to truck, translating between the occupants and the local sellers.

Not being a coffee drinker at the time, I didn’t even notice that nobody was picking up more coffee. This, however, became clearly evident once we had set up our camp a long drive away from the nearest village.

This whole event really was an interesting experiment in how close people can get to barbarism. The first day, everyone said, “Ok, no problem” and moved on. By the second day, the grumbling had started, and people’s heads seemed to sink lower into their necks.

By the third day, the whole group, except for one other non-coffee drinker and I, was nonfunctional. Seriously. That third morning, they were all wandering aimlessly, generally not getting along or getting things done. I rummaged through my pack and found an MRE (meal ready to eat) that contained one tiny coffee packet that was enough to make just one cup.

My coherent friend and I debated the best way to bring this into the open without losing a limb, and ended up just walking into the middle of camp. I swear, those people must have smelled it through the packaging, because they all came crowding around without a word from us.

I tossed the packet in the air and stepped back. First, they actually brought out a mirror and tried cutting equal, thin brown lines for each person. After they decided this wouldn’t work, and tried more grousing, they hit on the idea of making a pot of the thickest cocoa possible and adding the dusting of coffee to it.

This calmed the beasts and brought about enough clarity of thought that we all could vote to break camp and head back to civilization, i.e., coffee, while everyone was still able to function.

The Visit With Old Eliazar

Near the end of that trip, we visited old Eliazar: Dad’s guide and friend for so many years.

Eliazar was clearly in his final days; lying in his bed, nearly blind, and being tended to by his family.

When Dad’s earlier Tayopa dig ended, so did Eliazar’s dreams of turning rich. However, as he lay in his bed, in his nice, simple home, surrounded by a loving family and friends, and recounting his past glories with Ray, I thought about how rich Eliazar was, and realized how right Ray is: It’s not the gold, so much as it is finding the gold.