What Exactly Does Filmmaker Terrence Malick Have to Hide? 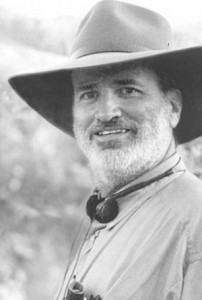 Terrence Malick is almost as famous for being a recluse as he is as being a film director.

Malick carefully guards his public life from media intrusion, and his contracts specify that there are to be no photographs of him taken.

He regularly declines interviews, with his only known public appearance was when he talked to film historians Mario Sesti and Antonio Monda in 2007.

Whilst many believe Malick’s elusiveness and mystery adds to his charm and allure, should Terrence Malick, a successful filmmaker – an inherently public role – have a ‘responsibility’ to stand for what he creates?

Should he inform the public about his philosophies and religious beliefs that he spreads in his films?

Or does Malick essentially use his films for unlabeled propaganda for new-age beliefs. In short, what does Terrence Malick have to hide?

Despite being bestowed the highest honor in the film industry, Terrence Malick was not present to accept the prestigious Palme d’Or for his film The Tree of Life, at this year’s Cannes Film Festival.

Talking about other authors ‘learning a few lessons from Malick’, David B. Hart, an Eastern Orthodox theologian, philosopher, and cultural commentator – of whom Malick is one of his favorite living film makers – wrote the following excerpt:

“It seems to me that Hubert Dreyfus and Sean Dorrance Kelly might have done well to learn a few lessons from Malick – and from his mesmerizingly beautiful pagan-Christian-gnostic peregrinations – about the nature of the human longing for the divine, about its terrible ambiguity and urgency, and about its openness to both nature and grace.”

According to Richard Brody, the movies editor for Goings On About Town and contributor to the New Yorker, Malick’s cinematic cosmogony was:

“Not of Genesis; there’s no God in ‘The Tree of Life’, but rather, the scientific origin and development of the world – which he depicts as nonetheless miraculous.”

Malick is arguably using his films as ‘unwitting’ propaganda to distribute his ‘new age’ and Gnostic beliefs that “knowledge has a redeeming and liberating function that helped the individual break free of bondage to the world.”

Does Malick’s mystical and reclusive persona intensify the influence of the messages and philosophical beliefs in his films?

In a way, it could be argued that yes, by avoiding the limelight so intensely and almost obsessively, the way Terrence Malick does, he has lifted himself to an almost a “God-like status” in the world of film-making – with fellow professionals, directors, actors and philosophers, desperate to get closer to the man who has been referred to as “the film world’s J.D Sallinger”?

Talking about Malick’s transcendent identity and hypersensitivity towards media obtrusion, is Leslie Woodhead, a British documentary maker who worked with Malick on the film Endurance in 1998. Woodhead reported:

“I think for a while, I was the only person in America who had his phone number. He remains what he was then, an extremely mysterious figure, whose mythology in Hollywood is impossible to exaggerate.”

Then there is the argument that Terrence Malick’s aversion of the public eye is more genuine and does not have some underlying purpose to augment the philosophical beliefs and new-age principles inherent in his films like the Tree of Life, whilst being cleverly disguised as “just a film.”

The suggestion that the film director’s dislike of media obtrusion is genuine, could be backed up when we analyze the circumstances surrounding Malick’s brother, Larry.

Larry Malick went to Spain to study with guitarist Andres Segovia, but ended up committing suicide due to frustration of his own lack of progress. The fact that artistic obsession runs in the family could therefore mean that Terrence Malick’s abhorrence towards publicity is, in actual fact, an inherent characteristic.

Malick’s late wife, Michele Morrette, also paid testament to the argument that the film director’s erratic and reclusive behavior is not just a tool to propel the religious and philosophical beliefs that seep into his films, deeper into society.

Talking about her marriage to Terrence Malick, the late MrsMorette had revealed that her husband had not let her into his office and would buy her a copy of his books rather than having her read his own.

Like many artistic geniuses – StanleyKubrick, Paul Cezanne and Albert Chittenden immediately spring to mind – Terrence Malick’s intense wariness of the public eye, so extreme that he cannot even accept one of the most prestigious awards in the world of filmmaking, undoubtedly elevates the director’s air of intrigue and mystery.

In the same way that Paul Cezzane ‘spoke through his paintings’, Malick ‘speaks through his films’, and in doing so is influencing some of the most influential of contemporary philosophers, and in this sense Malick’s responsibilities lie in what he creates.