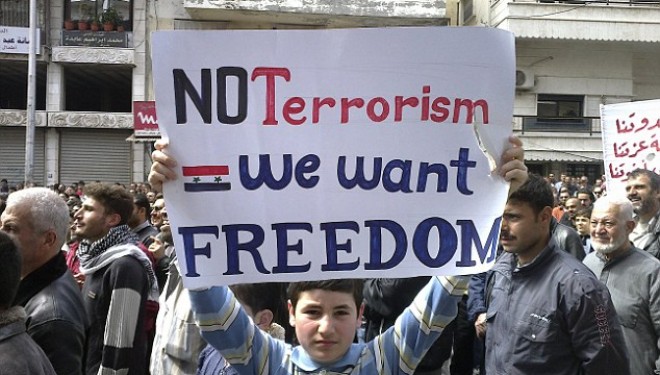 Top Obama administration officials are worried the Syrian government will impose a harsh crackdown on an opposition group that secretly collected millions in U.S. aid in recent years.

According to the latest round of secret documents released by WikiLeaks, the United States has funneled about $6 million to the London-based Movement for Justice and Development since 2006.

U.S. officials knew in 2009 how the Syrian government would respond to such a move, writing in one cable that President Bashar al-Assad “would undoubtedly view any U.S. funds going to illegal political groups as tantamount to supporting regime change.”

According to a Washington Post report, the State Department also helped fund a London-based satellite channel, Barada TV, to stream anti-government programming into Syria. Barada is very closely tied to the MJD.

The station has operated since 2009, but programming was ramped up in recent weeks as widespread protests broke out in Damascus and across the country.

Today, Barada broadcasts anti-Baathist programming into Syria 24 hours a day, although it isn’t clear if the broadcasts have gained any significant viewership inside the country.

The MJD was formed in Europe and banned in Syria. The group’s initial membership consisted of exiled liberal and moderate Muslims. Many are former members of the Muslim Brotherhood, according to U.S. cables released by WikiLeaks to the Washington Post. 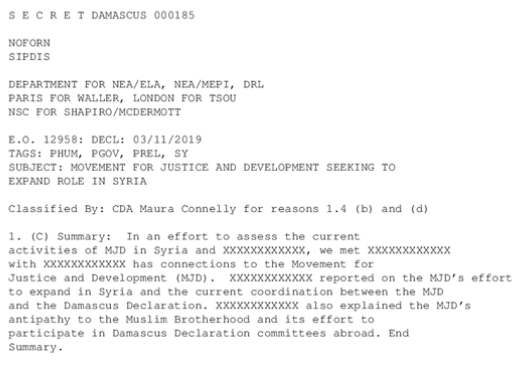 Despite the connection, the MJD and Muslim Brotherhood don’t have a very cooperative relationship, and the movement has in the past actively worked to prevent members of the brotherhood from being elected to MJD committees.

The timing of MJD’s formation coincided with the release of the Mehlis report, which implicated ranking members of Assad’s regime in the bombing assassination of former Lebanese Prime Minister Rafiq Hariri.

To the MJD and U.S. officials, the conditions were ripe in 2006 for regime change with the Mehlis report making Assad’s regime particularly vulnerable.

The U.S. continues to claim its support of the MJD is not an attempt to undermine the Syrian government.

Last week spokesman Mark Toner told reporters U.S. support for the MJD and anti-Baathist programming is akin to democracy-promotion efforts taking place around the world by various countries. The only reason this one is getting so much attention, he said, is because Syrian officials see it as an attempt to undermine their control. 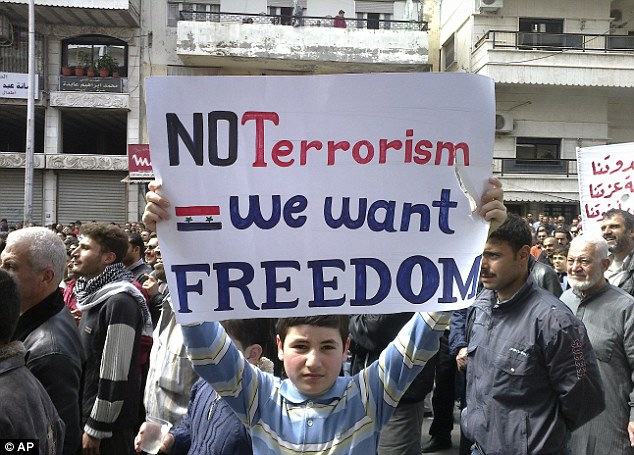 Last week, senior Obama officials told Fox News that there are serious concerns Assad will exact revenge on members of the MJD. They also claim the release of cables by WikiLeaks put lives in danger.

Meanwhile, widespread protests are continuing across Syria. Security forces there have reportedly killed at least 500 protesters in the past month. On Friday alone, an estimated 62 protesters were killed in clashes with Syrian forces.

Over the weekend the crackdown grew even more violent with shelling reported in the Syrian city of Daraa, where security forces seized control of a mosque. Government tanks bombarded the city with shells and heavy machine gun fire for more than an hour.

The violence has only emboldened demonstrators, who are taking to the streets in ever growing numbers to protest the Assad regime. Criticism continues to mount against the Syrian government as the U.S., Turkey, United nations and human rights organizations call on Assad to halt the violent crackdowns.

The United States also leveled a new round of sanctions against top ranking members of the Syrian regime. According to the Washington Post, those sanctions were also slapped against Syria’s intelligence service, seizing the assets of the service, Assad’s brother and several other high-ranking Syrian officials.