Do You Buy Products Made With Forced Or Child Labour? 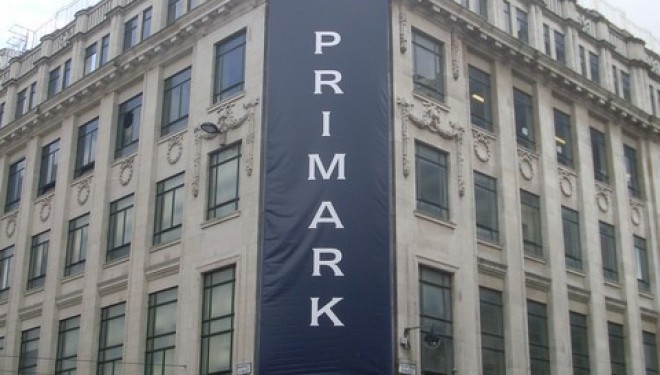 If you have been to the UK,have you ever tried shopping in Primark on a Saturday?

Well that’s a silly question actually, because the answer you most probably would respond with, along with millions of other shoppers, is absolutely – yes.

Hence, the huge queues and hundreds of people seen leaving the store laden with more bags then they can carry.

‘Cheap and cheerful’ fashion has really taken off in recent years, with stores such as Primark and Asda in the UK and Walmart in the US selling new clothes for less than a second hand charity shop can sell used.

But, have you ever thought about the circumstances surrounding the making of such ‘cheap and cheerful’ products?

In 1999, the “Prohibition of Acquisition of Products Produced by Forced or Indentured Child Labour” was signed in the US.

The Executive Order is intended to ensure that federal agencies enforce laws related to forced or indentured child labour in the making of products.

The Order also requires the Department of Labor to publish and maintain a list of products which they have a reasonable basis to believe, might have been ‘mined, produced or manufactured by forced or indentured child labour.’

The 2011 list, which was published on May 31 on the Federal Register, contains just short of 30 items, ranging from bamboo in Burma, coffee in the Cote d’Ivoire, cotton in China, garments in Argentina, India and Thailand, hand-woven textiles in Ethiopia, rice and tobacco in Malawi and toys in China.

Child Labor Conditions Across the World

14-year-old Ranjith was from an extremely poor family of West Bengal.

Ranjith, along with nine other children, was forced to work in a gold shop in Kerala.

16-hour days, very little food and physical abuse became part of Ranjith’s pitiful life. When he was unable to tolerate any more abuse, he eventually ran away to Calicut.

Fortunately for Ranjith, Calicut Control Police referred him to Kozikode CHILDLINE in 2005 and carried out an investigation based on the evidence Ranjith gave. The police carried out raids, rescued six additional children and arrested those involved in the abuse, and Ranjith was taken back home.

In an embroidery factory in Delhi, a similar raid was carried out, in which 82 children were brought from Bihar and forced to work as labourers with very little food. The children were referred to a government shelter home and the factory owner was arrested.

Cases such as these are a depressing reality around the world, and according to UNICEF, there are an estimated 250 million children aged 5 to 14 in child labour worldwide. The UN stipulates in the Convention on the Rights of the Child:

“States Parties recognise the right of the child to be protected from the economic exploitation and from performing any work that is likely to be hazardous or to interfere with the child’s education, or to be harmful to the child’s health or physical, mental, spiritual, moral or social development. Although globally there is an estimated 250 million children working.”

Why is it that despite the “Prohibition of Acquisition of Products Produced by Forced or Indentured Child Labour” Executive Order being signed, an annual list of products and countries suspected to be ‘mined, produced or manufactured by forced or indentured child labour’ needs to be published every year?

Why are 250 million children robbed of their childhood and forced to work in conditions not even fit for an animal? Are we, the greedy consumers of the west, intent on ‘getting a bargain’, and relieving our ‘tensions’ with some shopping therapy, really that ones that are to blame for ‘turning on a blind eye’ on such inhumane and unethical practices?

Or are the majority of the consuming public simply ignorant to the circumstances of how their Saturday night outfit was made?

The argument that it is the latter that makes up the biggest slice of the consumerist western society’s conscience is illuminated by an investigation carried out by the BBC in 2008.

When the BBC alerted its findings to the clothing chain, Primark replied: “Under no circumstances would Primark ever knowingly permit such activities.”

Nonetheless, the damage had already been done, and in the wake of the Panorama broadcast, hundreds of people protested outside Primark’s Oxford Street store in London.

The protest was organised by the humanitarian charity War on Want. War on Want’s senior campaigner Simon McRae said the following at the time of the protest:

“Pressure on Indian suppliers to deliver fast fashion at rock-bottom prices has made sweatshop labour inevitable. Again and again, scandals exposing UK retailers exploiting garment workers underline that the public cannot trust stores to police themselves. It is high time the British government introduced regulation to stop this shameful abuse.”

And Simon McRoe’s point is as valid now as it was in 2008, with a staggering 250 million children worldwide still being forced to work, governments are obviously not doing enough. So what can the consumer do? Whilst the Panorama investigation may have instigated an albeit short-lived protest and initial shock and horror, people still continue to shop at such outlets, determined to get ‘their share’ of the bargains.

Top Secret Writers went outside Primark’s largest store, which is located on Market Street in Manchester, to get the word off the street.

Angela Hughes, who was particularly laden with shopping bags, was willing to share her views when I asked her about child labour being used to produce many of the cheap items in western culture.

“I remember the Panorama programme that exposed Primark as being involved in child labour in its manufacturing in India, but I also remember the company saying it would sack its Indian suppliers. I guess if I knew for sure that they were using children to make their products, I wouldn’t buy any.  But the truth is, being a single mum of two, I cannot afford to buy clothes from more expensive shops.”

Judging by the number of bags Ms Hughes was grasping onto, I would say she definitely can’t afford to shop anywhere other than at Primark.

It appears that she, like the hundreds of other shoppers around her, are willing to turn a blind eye on whether or not it was a child that sewed those sequins onto that shiny new top.

Paul Collins, Media Officer at War on Want spoke exclusively to Top Secret Writers and emphasised that War on Want does not criticise shoppers who buy cheap and cheerful fashion but believes the British Government should be doing more to stop the unethical practice of child labour.

“The nearest the Labour government moved towards fighting child labour came in 2008, when international development minister Gareth Thomas called on retailers to ensure their suppliers paid a living wage to its workers. But the government’s failure to introduce regulation meant this call fell on stony ground.

If adult garment workers received a living wage in countries such as India, they could afford to send their children to school rather than into sweatshops.

Besides Primark, our charity has exposed supermarkets like Tesco and Asda exploiting overseas workers producing their clothes. The last government stalled on demands for a supermarket ombudsman by kicking the issue into the long grass for wider consultation.

Now the current administration has raised fears that a watchdog may not come into force for another two years. War on Want continues to seek decent pay and conditions for workers abroad to lift families out of poverty, which would help tackle child labour”


On the other hand, Gloria Della, Director of Public Affairs for the Department of Labor in the US, believes governments are making inroads to combat this cruel and unethical act.

When I asked Ms Della whether governments worldwide are doing enough, she replied:

“Since 2009, when the U.S. Department of Labor published our initial List of Goods Produced by Child Labor and Forced Labor (pursuant to the Trafficking Victims Protection Reauthorization Act of 2005 or TVPRA), we have been pleased to see a number of governments make meaningful efforts to combat child labor and forced labor. In our updated TVPRA report published on December 15, 2010, we highlighted a number of these efforts in countries such as Jordan, India, Ghana, Brazil, Thailand and others.”

In conclusion, we all have a responsibly – to boycott the products as well as the outlets that are selling the products listed on the Federal Register, and then perhaps children could finally live like children?