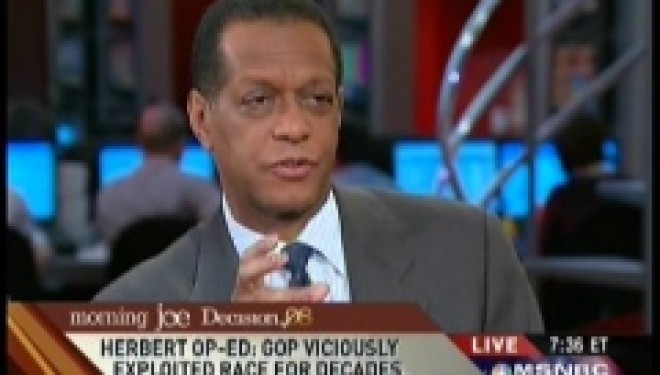 Those talking heads and politicians we see pop up on our TV screens are in a perpetual state of prediction. Guys like Sean Hannity, Chris Matthews and Lindsay Graham analyze and predict developments in the realm of politics and news.

However, no one really takes the time to analyze the predictions of broadcast talking heads. How often are these guys right? More importantly, how often do their ramblings supply enough hot air to take flight?

Well, five Hamilton College seniors under the guidance of public policy Professor P. Gary Wyckoff studied the predictions of 26 prognosticators from 2007 to 2008.

Turns out, most predictions are about as accurate as guessing the results of a coin toss. The study also found that conservatives are particularly bad at predicting political and economic outcomes.

Yet, there are some that have better luck than most. Here are a few people to watch for accurate predictions.

He was one of only nine people studies who could predict more accurately than a coin toss. The Nobel Prize winner writes about economics for the Gray Lady and several other publications.

Maureen Dowd is another New York Times columnist with a record of accurate predictions in the realm of politics and world affairs.

The Pulitzer Prize winning author joined the Times in 1983 as a metro reporter and became a columnist in 1995.

She remains one of the most respected columnists in the country, as well as a pretty good predictor.

He lands the No. 3 spot thanks to a track record of accurate political predictions.

One of the few conservatives to land in the good category is former Bush administration Treasury Secretary Hank Paulson.

His economic forecasts proved accurate. However, it is his bad predictions that Americans are most likely to remember.

After all, he’s the guy who said in 2008 that “the worst is likely behind us,” referring to the economic crisis now known as the Great Recession.

He made that comment well before the crisis hit its peak.

Although her name is poison on the tip of a conservative’s tongue, former House Speaker Nancy Pelosi, (D-CA) has a knack for making predictions.

Like Paulson, however, she’s more likely to be remembered for getting things wrong. In 2010, (after the dates studied) she predicted Democrats would keep control of the House before Republicans thrust Dems out of the majority in an election that would cost Pelosi her job.

Of course, there were scores of bad predictors as well.

Former Republican Arkansas Governor Mike Huckabee, Former Republican House Speaker Newt Gingrich and liberal columnist Bob Herbert, another Times writer, all made the bad list, along with plenty of others.

In another strange study development, prognosticators with a law degree were more likely to be wrong, than those who did not study law.

The group studied subjects during a 16-month period between 2007 and 2008, based on predictions involving the 2008 election.

The Hamilton College seniors looked at 22 print columnists and 36 TV pundits, analysts and politicians based on how prominent and widespread the predictions were. Many were those who regularly appeared on shows lsuch as Meet the Press, Face the Nation and This Week.

Through a random sample of transcripts and columns, the group was able to gauge which predictions were more accurate.