Food Can Be a Very Big Part of Adventure 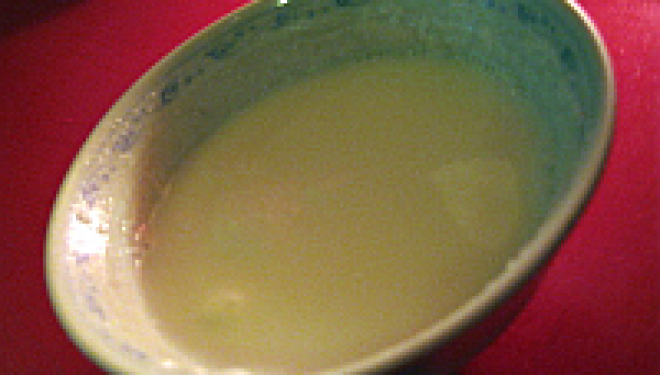 Nasruddin stories are told across the Near East, Middle East, and Central Asia.

More than once, I’ve been able to warm up a crowd in these regions by quoting one of the many funny, yet informative, tales.

Mullah Nasruddin (Nasreddin, Nasr ud-Din, and many other spellings) was a 13th century Sufi whose stories were adopted, adapted, and added to by people in many countries to the point that it is challenging not to be able to find a Nasruddin tale that doesn’t apply to some aspect of daily life.

In one of the stories, Nasruddin travels to a very poor land that is dry and hot. Thirsty, he spies a child in the shade of a single tree with a basket full of delicious, juicy- looking fruit.

Spurred by his thirst, the Mullah raced up and gave the child a gold coin for some of the succulent food. The child looked surprised, stared at the coin worth a fortune in his land, then ran off, leaving the entire basket.

Nasruddin then sat down, took a bite, and began eating and crying, tears rolling down his cheeks. A traveler from Nasruddin’s own country rode up and cried, “Mullah! Those are hot peppers! You shouldn’t eat so many.”

“I’m not eating the fruit,” he replied, “I’m eating the mistake of my lost money.”

Certainly, one of many adventure stories in which food played an integral part.

It’s no news that eating another culture’s food is a great way to begin winning their trust.

After all, if you offered something to a person from another country and it was refused, you might feel a little slighted, right? Certainly, eating worked for me.

By eating, I showed respect for what that culture had to offer. Plus, I usually found a new taste I enjoyed.

At one point in time, I spent a week in a Kikuyu family’s hut in Kenya. Within this traditional structure, three generations of this family were sheltered. It was a very simple house protecting a very poor family.

When the cooking fire was lit, inadequate ventilation caused them constant eye irritation and meant the smoke nearly filled the room and rolled out the door. My first night there, the whole crew gathered for dinner: one cabbage. 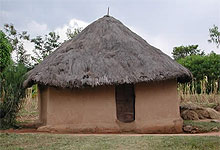 With one child hovering behind my right shoulder as she would come to do every night, the meal started. In a huge act of generosity, they cut the single green head and gave me half.

I ate a tiny portion and expressed how delicious it was, and then claimed that I was “full, please give the rest to the children.”

It took some coaxing, but they ended up devouring the cabbage. When the time came to leave, I made sure to buy a large gunny sack full of food and give it to the father when it was just the two of us – so as to thank them, but not to shame him.

The worst situation I ever had regarding food didn’t have to do with the taste of the food at all. Once, I was flown by the U.S. Department of State (USDOS) from my location in Karachi, Pakistan to an Afghan refugee camp on the Pakistan/Afghan border.

I made several more extensive trips into this area, called by some the “Northwest Frontier Province,” but this was a fast in-and-out.

I have to say, the teachers at that camp were very impressive, not from their skills but their sheer determination and sincere concern to improve the lives of their families.

I was conducting teacher education seminars, and I’d never experienced the lively debates and near fistfights over teaching methodology that I saw there. It wasn’t as much concerning as it was inspiring.

Those men (I wasn’t given access to the women, no surprise) in that sparse room weren’t academically sparring for position in a University faculty lounge; they were working hard for the best future possible for their children and community.

When the time came to leave, those generous Afghans had pulled together a real feast to thank me. A table near the camp gate was overflowing with culinary delights that they had scraped together. I knew it would be considered very rude to leave without participating, and I tried to have us stay (it all looked pretty good), but the State Department person charged with my trip insisted we had to fly out then.

(In defense, I am not sure that USDOS knew that this feast was planned. These can last a long time, and this person would have had to answer for the delay back at the U.S. Consulate in Peshawar.) However, after an impressive stay, it felt like I’d slapped my hosts in the face as I left.

I have sat with Maasai warriors and drunk goat’s milk freshly mixed with blood (they believe the blood keeps them healthy and makes warriors brave) in the Kenyan outback, partaken of a particularly uninspiring sausage with large chunks of lung and other bits (Koloface) near Albania’s Skanderbeg Square, and sipped homemade high octane rotgut in Eastern Europe.

However, the hardest time I had consuming something was in Kazakhstan.

I really enjoyed Kazakhstan. It has a fascinating history, intriguing cultures, and remarkable geography. Plus, nearly all of the food was fantastic, too.

This camel meat was delicious as well, but there was another part to the meal. Asked if I would like to try a very traditional portion I said, of course, sure. It was kumis: fermented horse milk.

Ok, I thought, it can’t be any worse than other things I’ve had, and could be pretty good. Nope. Not to this guy, anyway. My body and throat reacted instantly to the acidic, alcoholic milk.

Luckily, I was able to keep it down, but I had a full piyala saucer of this swill left to drink. I tried the old trick of not breathing and just gulping it down. That wasn’t going to happen. Sipping? No. I was stuck.

My host was sitting across from me, smiling happily. All I could do was delay until we had to go and say I was just too full to finish everything…including the kumis.

In general, I’ve found that sampling local dishes has exposed me to an exceptional array of appetizing foods and interesting experiences.

Food played its part in the Swat valley of Pakistan as well when I was exploring ancient Buddhist civilizations.

But that story, my friends, is for next time.

See you in a couple of weeks. Here-you finish the kumis.