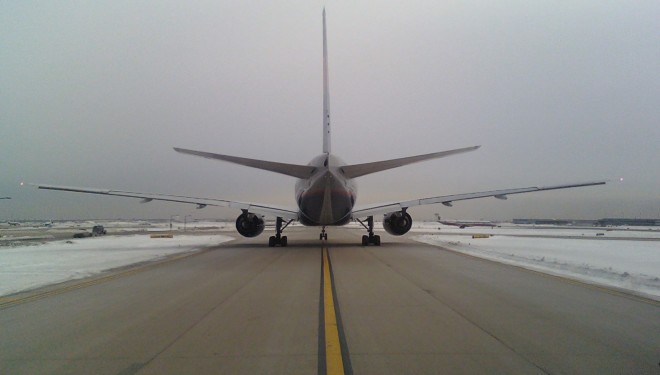 Last week, Honeywell announced that the company, along with its partner, Safran, will offer a new “Green” Aircraft Taxiing Sysytem.

Safran is a French conglomerate that conducts business in the defense, aerospace, and security industries. One of the products that Safran produces is landing gear systems.

It is these systems that the partnership will focus on.

The companies plan to utilize the plane’s Auxiliary Power Unit (APU) generator to power electrical motors in the aircraft’s main wheels instead of using the main engines.

The use of the APU should cut costs, emissions, and reliance on fossil fuels.

“By using the new electric green taxiing system to provide the power needed for ground-level maneuvering, Honeywell and Safran can save our airline customers several hundred thousand dollars per aircraft per year.”

Taxiing aircraft is a major cost for airline companies and is a major contributor of emissions. According to the Honeywell press release:

“Taxiing burns a significant amount of fuel – current industry analysis indicates that the world’s short-haul aircraft consume 5 million tons of fuel per year during taxi operations. The new electric green taxiing system offered by the Honeywell-Safran joint venture company will save customers up to 4% of the total fuel consumption.”

The companies hope this new system will not just cut down on cost and emissions, but it will also cut down on time.

Without a need for tugging equipment, Aircraft equipped with the electric taxiing system will be able to “pushback and go” more quickly.

This new ability should reduce gate and tarmac congestion along with improving departure performance and cutting time on the ground.

Honeywell and Safran intend to install these new systems on narrow-body-sized aircraft, which are commonly used for short-range flights. The two companies not only plan to add this system to new planes, but also plan to retrofit existing planes, as well.

The environmentally friendly aircraft taxiing system is expected to be in full production by 2016.