During the 1960’s, the U.S. oil giant Texaco/Chevron established facilities in Lago Agrio, a town loaded inside the Ecuadorean jungle.

In 1977, the State of Ecuador obtained a 62.5% stake in the oil field, but Texaco continued operating and profiting from the oil field. Finally, in 1992, Petroecuador (the State oil company), obtained the remaining portion of the oil operation.

Unfortunately, during the nearly three decades that Texaco/Chevron operated the oil operation, the company also dumped large volumes of oil waste into various “pits” throughout the Ecuadorean jungle in and around the area.

In 1993, after Texaco withdrew operations from the country, the people of Lago Agrio decided to file a massive lawsuit against the oil giant in order to obtain financial relief for the disastrous effects its actions had on the natural resources and the people of the region.

The first suit took place in a New York courtroom in 1993. A team of lawyers represented 30,000 people of the Lago Agrio region and made a case to the court proving that the company dumped billions of gallons of waste oil over hundreds of pits across the jungle. They proved that the pits caused both environmental damage, and damage to the thousands of Ecuadorians living there.

The people of Ecuador started to experience the power that American Oil companies have over the American justice system, as one by one, three American judges ruled that U.S. courts did not have jurisdiction over the case.

Finally, after environmental activists caught wind of the case and spread the news about the tragedy caused by Texaco/Chevron, the company agreed to clean up the pollution pits that it considered it was responsible for – 161 pits, at a cost of $40 million.

Those pits were cleaned up by 1998, and the Ecuadorian government signed an agreement with Texaco/Chevron stating that the company was no longer liable for the damages.

The problem with the deal was that, even though the company had cleaned up the environment, it hadn’t dealt with the damages that it had caused to the human lives in the region.

By 2003, after suffering from the physical ailments and symptoms that the pollution had caused, the people of Lago Agrio once again made yet another attempt at a lawsuit – this time in Ecuadorian court, not U.S. courts, which had shot them down three times already.

In the lawsuit, the plaintiffs originally asked for $6 million dollars in damages. Finally, in February of 2011, Judge Nicolas Zambrano found Chevron liable for $8.6 billion (that’s a b) in both environmental and health damages – including the loss of potable water to local communities.

Of course, Chevron immediately appealed the decision and then attempted to counter-sue in U.S. courts in order to prevent the enforcement of the Ecuadorian court’s verdict.

The irony of this becomes clear when you consider that it was originally Texaco that originally petitioned for the case to be relocated to Ecuador – originally making the argument for the integrity of Ecuador’s judicial system, which is known for being based upon evidence.

That request was finally granted in 2002. Now that the company has lost in Ecuador, it would like the case moved to the U.S. – a clear and obvious stall tactic to delay and avoid taking responsibility for the human toll caused by those past environmental abuses. 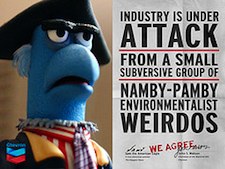 The verdict represents the largest environmental damage award in history, and it is also one of the first significant human rights victories that indigenous people have won against one of the largest and most powerful multi-national oil corporations in the world.

The truth is, the Ecuadorian courts recognized that the company behaved in a way that it never would have in the United States, simply because it knew it could get away with it in a country that lacked proper environmental controls.

The company did not consider the environmental or human toll that it’s actions would have on the local region. The bottom line was to save money, and make profits.

With so much money to lose, Chevron is now embarking on one of the most expensive and far-reaching media campaigns that it can afford. The efforts involve promoting and distributing news stories claiming that there is corruption and fraud within the Ecuadorian court system, and particularly on the part of the plaintiffs.

Unfortunately, it isn’t the pollution that the company created, and the environmental tragedy it triggered that is making the front lines today. The media campaign is so powerful that even judges overseeing the appeals cases filed by Chevron are showing clear bias against the Ecuadorian plaintiffs in courtroom statements. 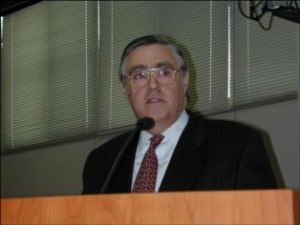 On June 8th, the Ecuadorian plaintiffs were forced to file a Writ of Mandamus before the Second Circuit Court of Appeals in New York, because federal Judge Lewis Kaplan displayed repeated “deep-seated antagonism” against the Ecuadorian people involved in the lawsuit.

According to the filing, Judge Kaplan issued repeated court decisions that included wordings such as “so-called Lago Agrio plaintiffs,” and in one particular decision described the plaintiffs as “a number of indigenous peoples said to reside in the Amazon rainforest.”

When the lawyers for the plaintiffs took offense to the statements, Judge Kaplan indignantly repeated similar comments – revealing his lack of impartiality in the case for the entire world to see, when he opened the Recusal memorandum Opinion once again with the words, “the so-called Lago Agrio plaintiffs.”

He also referred to the entire lawsuit as a “game” on the part of the plaintiff’s lawyers.

The lawyers for the Ecuadorians are asking an appellate panel to remove the judge from the case for his obvious bias.

The judges statements are only part of what has been an extensive media campaign on the part of Chevron to completely discredit and villainize the people of Lago Agrio, rather than putting right the wrongs that the company inflicted upon that population years ago.

“In light of the fact Judge Kaplan believes the Lago Agrio litigation to be a ‘game’ that has sprung from the ‘imagination of American lawyers’ it is not surprising that he openly doubts the bona fides, and, in fact, the very existence of the Ecuadorian plaintiffs.”

The Writ also accuses Kaplan of making up his mind on factual issues about the case without holding hearings, and even denying the Ecuadorians the opportunity to offer evidence that would prove their case beyond any doubt.

Which Country’s Court System is Corrupt?

It would almost appear to a typical bystander that it isn’t he Ecuadorian courts that one needs to worry about being corrupt and biased.

The Writ also accuses Judge Kaplan of a litany of charges including:

–> Not allowing the Ecuadorians the ability to present evidence that reveals Chevron’s “misconduct and fraud.”

–> Claiming jurisdiction over the Ecuador judgement, and mocking the country’s judicial system.

A well known spokesperson for the Ecuadorians offered her own perspectives about Judge Kaplan in the June 8 press release when she offered:

“The idea that a U.S. federal judge appears to be going out of his way to taunt indigenous groups who against all odds have sued a giant oil company should be terrifying to anybody who believes in the concept of impartial tribunals or who cares about the credibility of the U.S. federal judiciary.”

The situation is reminiscent of the sort of corrupt and biased judges Americans read about courts in dictatorship countries like China or Iran – but these sorts of statements and actions from a U.S. federal judge is very shocking.

The efforts on the part of Chevron PR, and now Judge Kaplan, to imply that the plaintiffs are not real is betrayed by the evidence. The truth of the matter is that those very plaintiffs signed the original lawsuit. They include citizens of farming and indigenous communities throughout Ecuador, and major media outlets like the New York Times, Wall Street Journal, the Washington Post and the Guardian.

The current U.S. court cases are erroneous attempts at stalling on the part of Chevron. The case was already decided by the Ecuador court system that in 2002, the company itself said would provide a fair and balanced decision.

The decision was in favor of the Ecuadorian plaintiffs, and Chevron should not be allowed to play legal and PR games in order to prevent the enforcement of that fair decision.

Unfortunately, due to its limitless power, financial resources and political clout, the company will continue to stall and play legal games until either all of the plaintiffs are dead, or until the U.S. finally moves on to a better fuel resource and leaves the entire oil industry in the dust.