4 Most Promising Technologies From DARPA 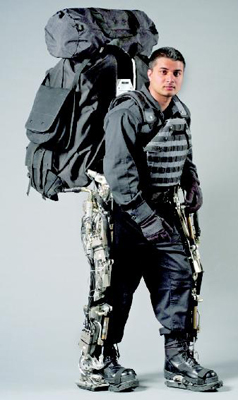 The Defense Advanced Research Projects Agency, otherwise known as DARPA, has attracted the attention of both admirers and skeptics throughout the 50 years it has been actively producing some of the most advanced scientific ideas in the world.

DARPA was established by the U.S. government in 1958, in response to the crisis perceived the the Soviet launch of Sputnik.

In its effort to achieve technological superiority, thinkers at the agency often have to step way outside the box in order to out-think and out-maneuver technological experts in other countries.

In the process, the agency has had a number of major blunders, as well as some major successes.

DARPA can take most of the credit for establishing the technology of the Internet, as well as GPS technology. However, it also has to accept responsibility for some pretty funny technological blunders, like trying to create psychic spies in the 1970s, or an attempt to build a mechanical elephant for use in Vietnam.

However, there are also a number of pretty cool technologies that the agency is pursuing that deserve mention – these were reviewed by New Scientist back in 2008, and deserve a revisiting to see where the technology stands today.

The most well-known technology competition within engineering and inventor circles is the DARPA Grand Challenge competition, funded and organized by the Defense Advanced Research Projects Agency itself.

DARPA is one of those government agencies, well-known as a bit of a “wingnut” branch of the DoD, that gets a lot of criticism by skeptics, but the Grand Challenge is one area that few people criticize. 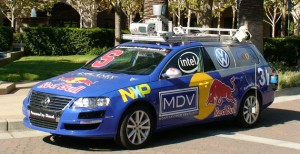 DARPA is authorized by congress to offer cash awards to the most innovative and progressive inventors that are able to come up with the smartest, artificially intelligent vehicles that can automatically complete an off-road ground course within a specific time period.

In 2007, DARPA even introduced the “Urban Challenge”, which challenged inventors with a realistic urban environment within which they had to release their self-controlled vehicles.

Robot Cars have been a dream of science-fiction writers and yes, even the U.S. military, for many years. It is only a matter of time until cars are “smart” enough to navigate through various roadways in a fully “auto-pilot” mode.

Picture a soldier wearing an outfit that is adorned with various limbs and other odd attachments that allow soldiers to literally climb vertical walls, like some kind of creepy spider-man creature straight out of a sci-fi movie.

The developers created the limbs and appendages for the device by observing how insects and other animals – like spiders and geckos – are able to walk on a vertical surface with ease. Most of these animals have unique biological systems, such as suction cup-like appendages or small “hooks” that latch onto surfaces. The Z-Man program intended to create synthetic versions of these systems on a scale large enough to allow human soldiers to perform the same feat, even while carrying a full pack.

This involves the friction between the object and the water creating heat, which vaporizes the water around the object, creating a sort of friction-less bubble around most of the object.

Scientists found that the phenomenon can reduce drag by up to 70 percent, and successfully developed prototype systems utilizing un-manned drones. While the phenomenon and the concept can be successfully replicated, no one has been able to figure out exactly how to protect human beings from the forces involved in traveling that fast underwater.

Probably some of the most promising military technology involves combining computer and hydraulics to develop a sort of super-human exoskeleton that soldiers can use to accomplish amazing physical tasks without even breaking a sweat.

The concepts of bionic limbs are one thing – prosthetic limbs that can replace (or add) to existing body parts, and can be plugged into and controlled by the human mind. If you’ve ever played the new games created by toymaker Mind Flex, then you know that the interface between the material world and the human mind is becoming very connected.

When you add to this new technology the addition of a hydraulic/electronic robot system that you soldiers can wear on the outside of their bodies – sort of like standing in the center of a powerful machine that you can control – you’ve got the makings of a pretty impressive technology of the future. 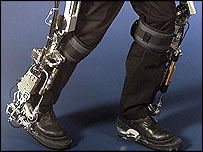 DARPA currently has a working prototype of this exoskeleton – developed by MIT – that is capable of making it possible to lift a 36-kg object using 80% less energy.

The potential uses for this technology are impressive. Imagine an exoskeleton that allows soldiers to run for many miles without breaking a sweat, lift and move giant boulders with a fraction of the normal effort, or to carry large loads on a modified backpack that can be taken on small trails where vehicles normally couldn’t go.

Each of these technologies provide a small glimpse into the future of military technology, as well as how strange the future battlefield may appear when all of these research projects become a reality in the field.