The Largest Treasure I Know 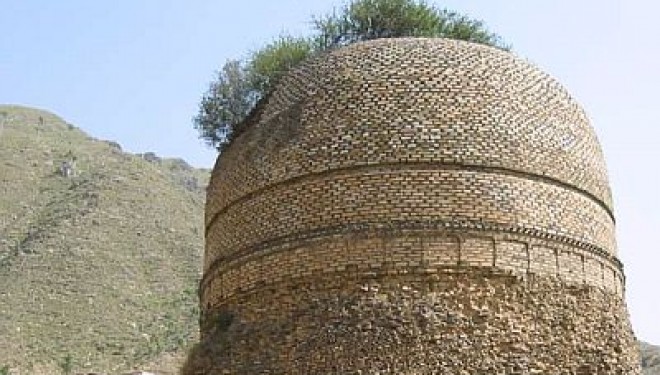 There exists a place where ancient civilizations lie just underground. A place where high peaks soar overhead, and centuries of conflict continue. It is a place called “Swat”.

The guide I had hired was at the wheel of our vehicle, and we were traveling up the Swat Valley of Northern Pakistan.

Maybe “guide” is an overstatement; he was a man with a car.

Food supplies were scarce at the time, and we found ourselves seeking any available fare as we traveled for several days.

The Swat Valley lies in the Northwest Frontier Province, otherwise known as the Khyber Pakhtunkhwa of Pakistan. It squeezes through imposing mountainous areas with Afghanistan to the west and northwest, China to the northeast, and Indian Kashmir to the east.

Ancient history seeps from every hillside here. Artifacts that were 15,000 years old have been found in caves with evidence suggesting human presence thousands of years back in time.

It is an area that has attracted adventurers for millennia.

Famous ancient travelers like the Chinese Buddhist monk Fa Xian in the early fifth century and the Moroccan Muslim Ibn Battuta in the 14th century left accounts of their journeys through this land.

It promised to be a wild journey. The Khyber Pakhtunkhwa is known as the Wild West. Typical sights include men toting rifles, houses that resemble adobe forts, and police stations built like low castle towers that mean business.

Governments have tried to control these lands for generations with varying degrees of success.

In the Swat, the saying is that “the government ends at the side of the road.” This is true from the smallest ways, such as disregard for certain laws, to the heavy fighting seen in recent years between the Taliban and Pakistani forces that has displaced hundreds of thousands of people.

Swat is in the area of ancient Gandhara, a kingdom mentioned in the great Sanskrit epic Ramayana, and has been inhabited for thousands of years.

Buddhists popped up in the region around the second century B.C., spread throughout the whole valley, and quickly made Swat a famous center of Buddhism.

Some people believe Swat is the location of the country of Uddiyana: the location where Tantric Buddhism first appeared.

The place is brimming with lost civilizations and untold stories. There are more than 400 known Buddhist sites covering 160 square kilometers as well as reminders of Persians, Greeks, Moghuls, Pakhtuns, and others.

However, I was told that this is really just scratching the surface; entire cities are believed to be underground and untouched.

When I asked why archeological digs have not continued, the answer was a combination of a lack of funding and an abundance of security issues.

Carvings of the Buddha emerge from mountainsides everywhere. Some are in good condition, and others have been defaced or destroyed in recent years.

Hindu mountaintop fortresses that guarded the area and taxed commerce were used by the Brits, who built more forts as they held their empire and played the Great Game with Russians in the 1800s and early 1900s. Now, these forts are the property of the Pakistani government. I viewed these structures on Malakand Pass as we wound our way up the mountainside road and continued north.

Not long after we crossed the junction of the Indus and Kabul rivers near Emperor Akbar’s Fort Attock, we stopped at a simple roadside eatery and were offered tea.

My guide’s inquiry about any available food was met by the proprietor leaping over a table at him and nearly grabbing him by his Nehru-style collar.

It seemed there was no food for sale, and my Pakistani driver asking the other man for something he didn’t have was an affront. Most of the time, we are met simply with answers of “No” or provided some small portions.

We stopped at various monasteries and stupas, where I climbed and crawled and marveled at the existence of some structures that have stood for more than one or two millennia. Having climbed a hill above one stupa, I enjoyed sitting in a semi-circle of Pakistani men, gazing across the ruins at the valley beyond and making small talk. Stupas are massive mounds of stone and/or earth, the building of which are believed to bring good Karma as well as being beneficial in a person’s current life.

Supposedly, within them are written mantras, jewelry, or even relics of the Buddha. The symbolic value of the item is what is important, not the market value, so the items kept inside may be very simple and inexpensive.

During a stupa’s initiation, a Tree of Life – a pole with gems and mantras – is placed in the stupa while participants hold on to connecting ribbons and make their most positive wishes.

While building a stupa is considered a positive thing, destroying one is said to have a very negative effect on a person, akin to a serious crime.

A serious crime: the intent of men I encountered farther up the Swat Valley.